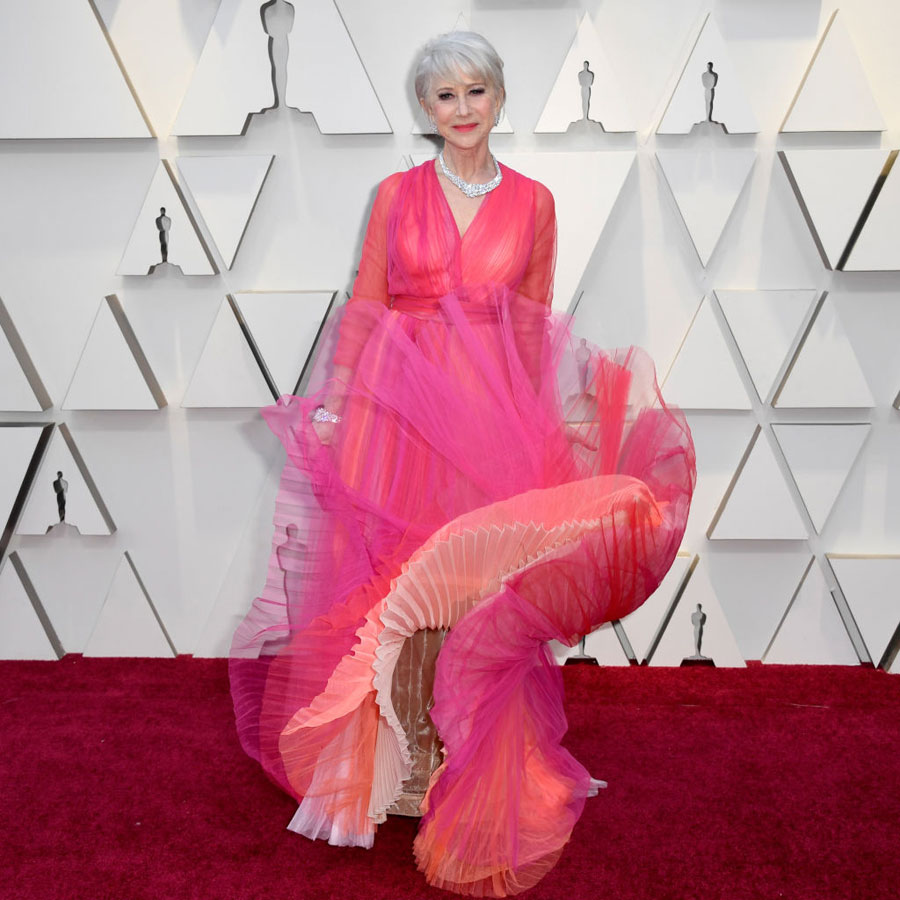 The 91st Academy Awards in Los Angeles on Sunday night took the unusual step of going without a host. But the telecast wasn’t the only thing that went off script. Guests parading down the red carpet also took bold risks sartorially.

WATCH: The inaugural episode of “Backseat Fashion.” Zoomer’s Editor-in-Chief, Suzanne Boyd and Fashion Director at Large, Derick Chetty, dish on the older and bolder stars who ruled the red carpet at Oscars 2019.

And it wasn’t just young Hollywood who took a fresh approach to dressing for one of fashion’s biggest parades. Director Spike Lee wore a purple suit in homage to the late prince and accessorized it with gold Nike sneakers. Comic Amy Poehler did some gender bending and opted for a sleek tuxedo. Several actresses sported capes but it was Glenn Close who soared most regally in a lengthy gold cape.

Pink was the hot popular colour of the evening and was worn by both ingenues and the seasoned pros. Helen Mirren presented an award with Aquaman, the Hawaiian actor, Jason Momoa, and both were unexpectedly dressed in pink – she in a Schiaparelli tulle gown and he in a pink velvet tuxedo by the late Karl Lagerfeld. As the actress noted on the podium, times are changing and this is an era where both an aging English actress and a young action actor can both wear the hue.

And as shocking pink-clad legends like Angela Basset, Julia Roberts and Helen Mirren proved, the colour is also ageless.

For a look at the older stars who rocked the red carpet, please see below.

Allison Janney, 59, in a tuxedo inspired gown from Pamella Roland.

Amy Poehler, 47, in a tuxedo tails by Alberta Ferretti.

Olivia Coleman, 45, in a custom made Prada gown.

Cicely Tyson, 94, in a feathered confection.

Holland Taylor, 76, in a classic LBD.

Lisa Bonet, 51, with her husband, Jason Momoa, 39. In a fitting tribute to the late Karl Lagerfeld, the duo both wore outfits by the designer who passed away in Paris last week.

Billy Porter, 49, in a custom made Christian Siriano strapless ball gown and tuxedo jacket. The actor and singer told vogue.com his red carpet look was a personal expression of his queer identity as a gay black man who loves fashion.

Spike Lee, 61, in a suit by Oswald Boateng, a British Black designer. The director said his outfit was a homage to the his friend, the late musician Prince., whose love of the colour purple was renown. One of the singer’s song plays at the end of Lee’s latest movie, BlacKkKlansman, for which he won the Oscar for Best Adapted Screenplay.