Mathilde: The Most Fashionable Queen You Probably Never Heard Of 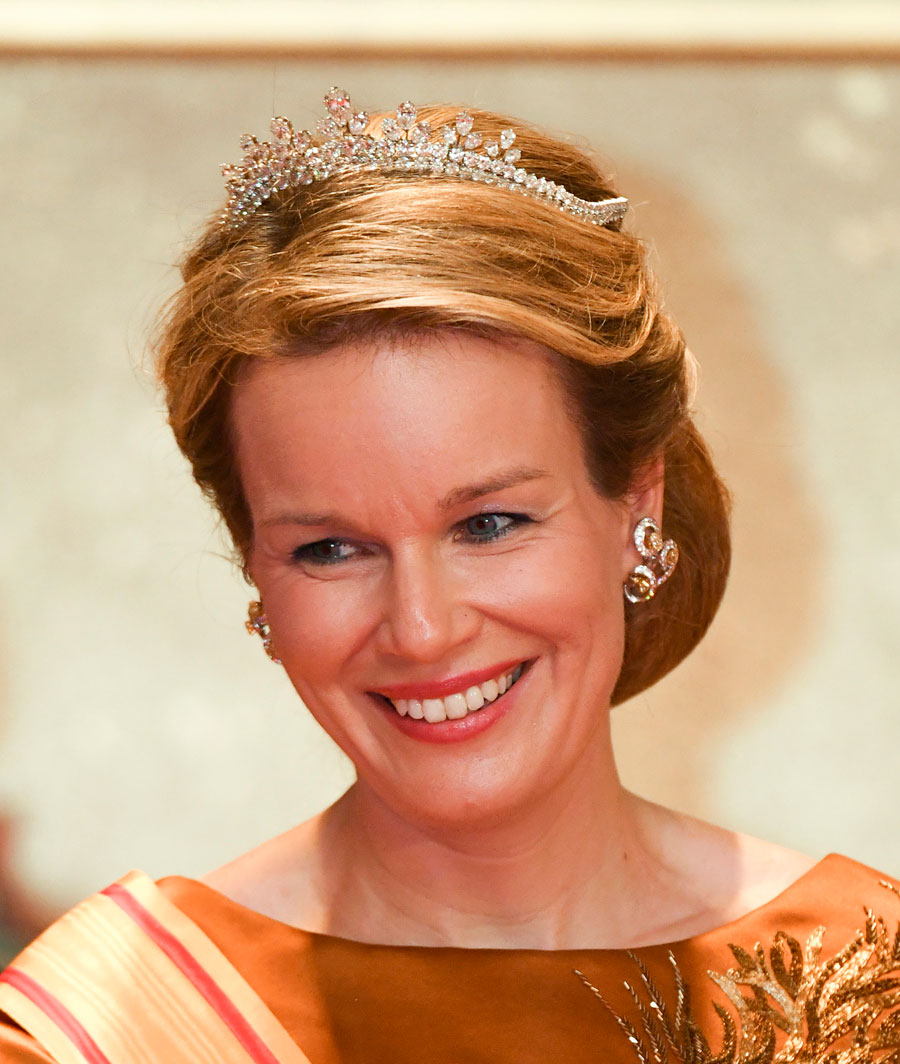 Face it, there is no denying that Royalty continues to provide endless fascination for us common folk.  But as Canadians, we tend to be more familiar with the lives of the British monarchy, since we are part of the Commonwealth and share a common language and culture with England.  We follow Queen Elizabeth and her extensive brood’s every public appearance, romance, wedding and birth. And of course, we scrutinize each outfit of the more stylish members like Catherine, the Duchess of Cambridge and Meghan, the Duchess of Sussex.

But Europe is populated with numerous royal families, many of whom we only seem to notice when they show up at one of the British royal weddings. And it appears that Kate and Meghan are not the only fashionistas who married heirs to a crown.

Queen Mathilde of Belgium, 46, is a formidable figure of fashion with a love for couture and a penchant for bold and colourful outfits. Born as Lady Mathilde Marie Christine Ghislaine d’Udekem d’Acoz – to a father who is an Earl and a mother who is a Countess – she belongs to one of the oldest noble families of Belgium.

The aristocrat pursued an education in modern languages and speech therapy and also has a degree in psychology. Before her marriage, she operated her own speech therapy practice in Brussels.

But in 1999, the nation was caught by surprise when it was announced she was engaged to Prince Philippe of the Belgians. The heir to the throne had managed to keep his relationship of three years a secret from the press. They married a few months shortly after the engagement announcement and now have four children.

Like other reigning monarchies, she supports a variety of charities and accompanies her husband on state visits, which gives ample photo opts to document this queen’s wardrobe.

France’s First Lady Brigitte Macron is no slouch in the style department, but Queen Mathilde had the chops to upstage her. Both are dressed in two of Paris’ most vaunted fashion labels: Macron was wearing Louis Vuitton but her banker’s grey suiting paled against the Queen’s siren red Christian Dior Haute Couture with its impeccable tailoring and exquisite pleating.

Her love of colour – and print – often makes her a focal point in a crowd. But despite her bold hues, there is always a lady-like elegance.

Her sense of style is always executed to suit her body type and her royal status. There is also high fashion details, such as the tulip sleeves on this look, which elevates it from the mundane to the majestic.

One would think a Queen would have someone to hold her umbrella and escort her while she navigates a soggy carpet in evening gown and heels whilst clutching her purse and wrap. But this is another example of the supreme confidence and sense of effortlessness she seems to bring to any event – even a royal one with pomp and circumstance.

Regardless of what she’s wearing, she never allows it to impede performing her duties with  astute confidence and aristocratic bearing. Note the grace of her curtsy, even in towering heels.

Like other European royalty, particularly the Windsors, Mathilde’s love of a good hat could be traced back to the days when she was just a Princess. And while it might seem a tad odd she was wearing a big wide brimmed hat with an evening gown on this particular occasion in 2013, she made it work elegantly.

Unlike the British royals, her style of hats can lean towards the dramatic, such as this high crown fedora. But here, she takes a style note from Queen Elizabeth and matches her hat to her ensemble.

Queen Mathilde can take bold floral prints and give them an aura of sophistication—to the point of outshining First Lady Melania Trump.

Her love of florals also extend to evening wear, such as this ruffled silk gown.

Back in 2015, she injured her knee after a fall, but that didn’t stop her from performing her royal duties and in the process she still managed to look chic while using crutches.