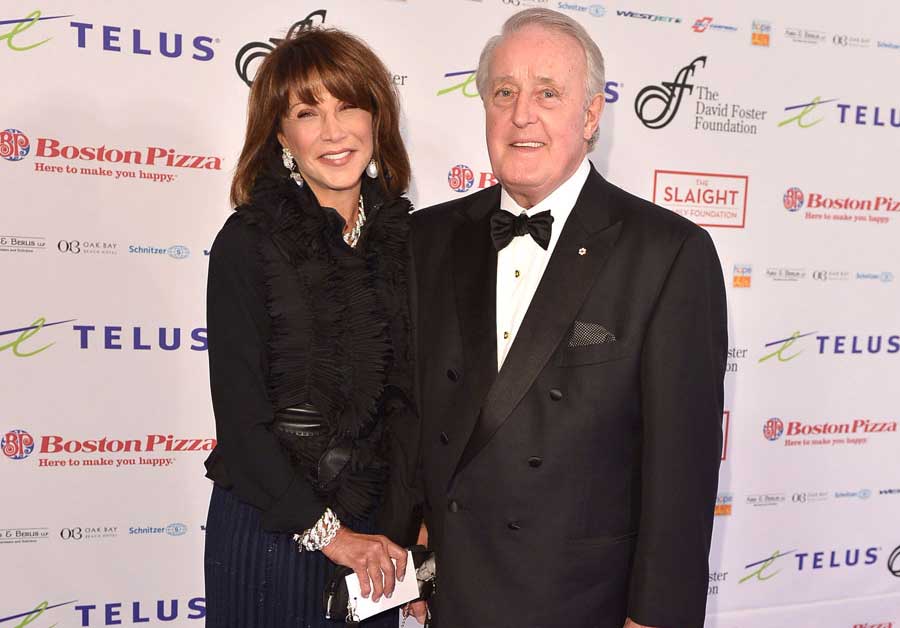 What do you get a former Prime Minister for his milestone birthday?

If you’re Jessica Mulroney and clan, a private performance by Michael Bublé and David Foster makes the ideal gift for former Prime Minister Brian Mulroney, who celebrated his 80th birthday this past weekend.

Jessica, who is married to the former Canadian PM’s son, Ben Mulroney, posted pics on Instagram of the swanky affair in Palm Beach, Florida and wrote, “We didn’t know what to get my father in law for his birthday, so we thought @michaelbuble singing his favorite Elvis song with @davidfoster might do the trick.”

Her Instagram video showed composer Foster on the piano while crooner Bublé sang the hit Elvis Presley tune, “Can’t Help Falling In Love.” Turns out, this particular Elvis number is a favourite of the former PM, who discovered the singer after Mila, his wife, got hold of a tape. They then hired Bublé to perform at their daughter, Caroline’s wedding, where it just so happened, David Foster was a guest. A star was born.

Ironically, the song seems fitting and signals the changing tide of public opinion for ex-PM Mulroney. whose popularity was at an all time low when he resigned back in 1993 as leader of the Conservative Party. In the years after he left public office, he was still widely reviled by the nation who blamed him for a variety of issues from the implementation of the GST tax to widening the chasm of a divided Canada. In 2004, he had the dubious distinction of topping a list of worst Canadians ever by listeners of a CBC Radio program.

Fast forward to today, there are those — including those on the international stage —  who are viewing Mulroney in a more rose-tinted light. He eulogized Nancy Reagan, with a gracious and eloquent address where many Canadians felt he represented our country with honour.  More recently, at the late George H.W. Bush funeral, Mulroney gave a moving eulogy to the former US President who occupied the Oval Office in the same era he was PM of Canada. The two men had become close friends and confidantes. His eulogy was considered by many, including the press, as stirring and emotional.

Many recall the seminal moment in U.S.-Canada relations when Mulroney and then President Reagan sang “When Irish Eyes Are Smiling” at the so-called Shamrock Summit.  Mulroney did this again at Mar-a-lago, President Trump’s Florida estate, with the President himself in the room. This seemed to be part of Canada’s charm offensive in securing the new NAFTA deal, and it was reported that Mulroney was instrumental in back channeling and giving advice to the Liberal government. It made sense as the original NAFTA was done on his watch.  And the Mulroney name is also circulating  in electorial politics with his daughter Caroline Mulroney taking office as a conservative, serving as Ontario’s attorney general under Doug Ford’s premiership.

But perhaps the one giving glamorous gloss to the family name is daughter-in-law, Jessica, whose friendship with Meghan Markle, the Duchess of Sussex, has earned her the unofficial title of Royal BFF. Their friendship has catapulted her into the international spotlight, especially as she was front and centre at the royal wedding. Since then she has been hired as a fashion correspondent on ABC’s Good Morning America.

As Mulroney celebrates his 80th birthday, he can rest assured, the next generation is carrying forth the name with pride.