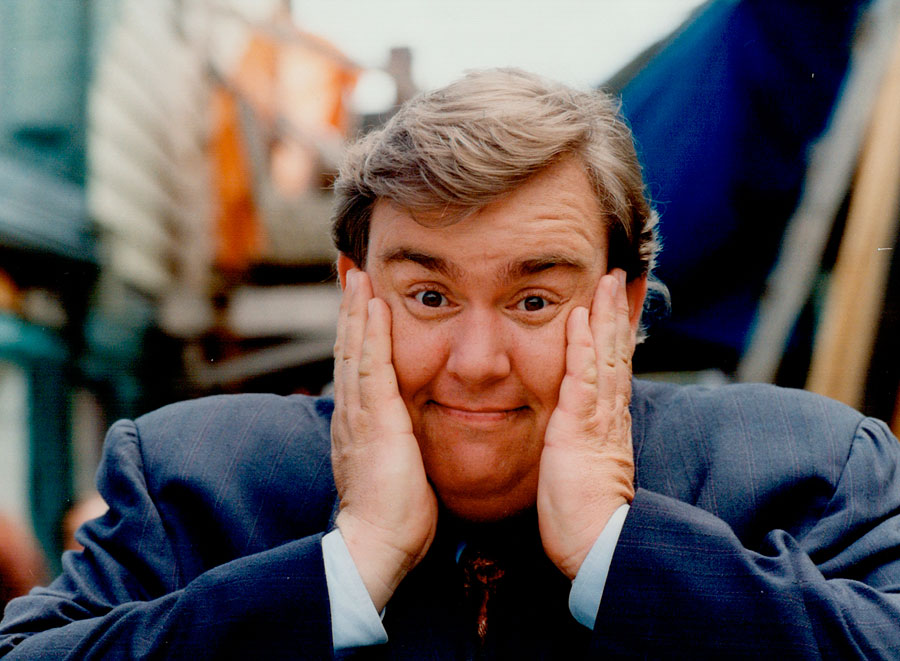 The endless outpouring of tributes on the 25th anniversary of John Candy’s death on Monday painted a picture of a man who was not only revered for his talent as a comedian, but also for the lives he touched.

From his early days with SCTV and films including Splash, Uncle Buck and Planes, Trains and Automobiles, Candy defined a generation of comedy and still influences comedians in the industry today.

Ryan Reynolds, 42, took to twitter on Monday to post an original tribute video highlighting Candy’s career, which even caught the attention of Prime Minister Justin Trudeau.

“If you haven’t seen much of his work, take a look at his films. He was a treasure,” Reynolds wrote in the accompanying caption.

His children say their father’s legacy is still apparent in their interactions with fans who often tell them stories about meeting him or watching his movies.

“It’s interesting for us, too, because we’ve been in the centre of his life that’s lived on past his passing,” added son Christopher Candy in an interview with Global News.

Born in Newmarket, Ont., Candy got his start as a member of Toronto’s Second City sketch troupe and then became a cast member on Second City Television.

During his time on SCTV, Candy displayed his comedic versatility with a number of characters including TV personality Johnny LaRue, and clarinetist Yosh Shmenge of the Shmenge Brothers polka duo.

He went on to a successful career in Hollywood, with other films including Stripes, Summer Rental, Home Alone and The Great Outdoors.

Candy died on March 4, 1994 at the age of 43, after suffering a heart attack while shooting the film Wagons East in Durango.

As comedian Gerry Dee pointed out in a tweet on Sunday, Candy was also known for his kindness.

For those who knew him personally, the jovial, fun-loving characters he played in his films were mirrored in his personality.

“[He was] just as wonderful and fun and sweet and great as you would imagine he would be,” Fellow SCTV alum Catherine O’Hara told Global News.

“I loved John dearly,” Eugene Levy, who played the other Shmenge brother on SCTV and the villainous scientist in Splash, told Global News.

“We were very, very close friends. I think I worked with John more than anybody else in TV, and on four or five movies. John was a lovely man, first of all, who cared deeply about people. And he was, I think, one of the most gifted comedic actors that honestly has ever been in the business.

“He made such an impact in his movies and people truly loved him. And as an actor, I have to say I think he was kind of underrated…. It always seems like John is still around. That’s how much of an impact he made on your life, you know? You’re still kind of waiting for a phone call.”