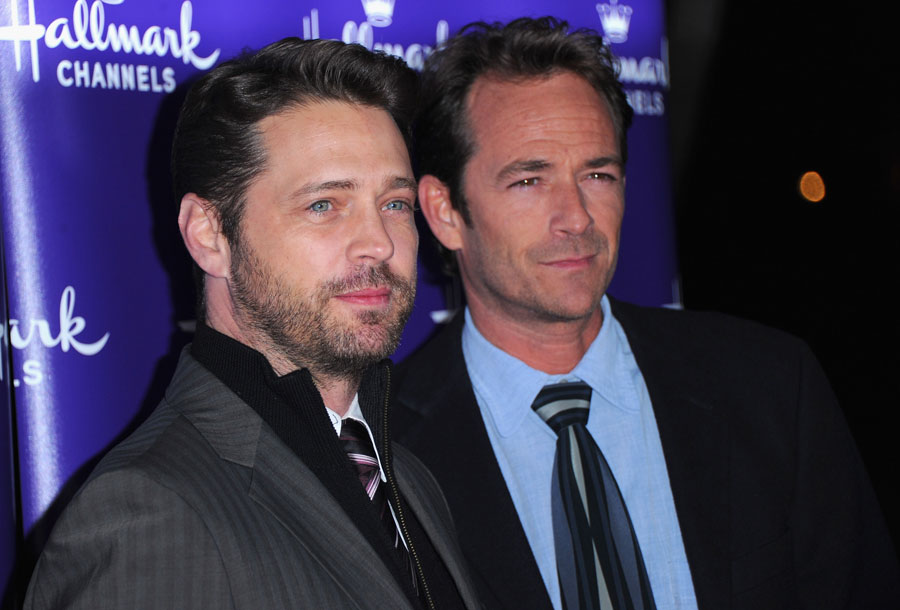 Canadian actor Jason Priestley, who starred alongside Luke Perry, posted on social media about the loss of his close friend who died this week at the age of 52.

Priestley and Perry both shot to fame playing on Beverly Hills, 90210 which aired in 1990 and ran for ten seasons. Priestley’s wholesome Brandon Walsh was a direct counterpoint to the angsty bad boy Dylan McKay that Perry portrayed.

Offscreen the two men bonded and a lifelong friendship formed. No doubt their years as teen heartthrobs and insane media scrutiny was one thing they had in common. But it was also their mutual experiences as fathers to their young children that maintained a closeness.

In his post on Instagram and Twitter, Priestley writes, “It’s taken me a couple of days to figure out how to write this… My dear friend of 29 years, Luke Perry, was one of those truly special people who really cared … Luke was not only a star, he was an incredibly bright light that was extinguished far too soon… and that is why I, and so many others, are in so much pain today… If you had the good fortune to know Luke, or to have ever crossed his path, I know you are sad today as well… the candle that burns twice as bright only burns for half as long… you burned oh, so brightly Luke… Goodnight Sweet Prince.” After 90210 wrapped in 2000, Priestley and Perry left their teen roles behind. Priestly returned to Canada to star in two Canadian productions, Call Me Fitz and currently Private Eyes. Perry had found success again as a dad to a teen heartthrob on Riverdale, playing Fred Andrews to Archie (KJ Apa).

Perry passed away on March 4 after suffering a massive stroke the week previously.