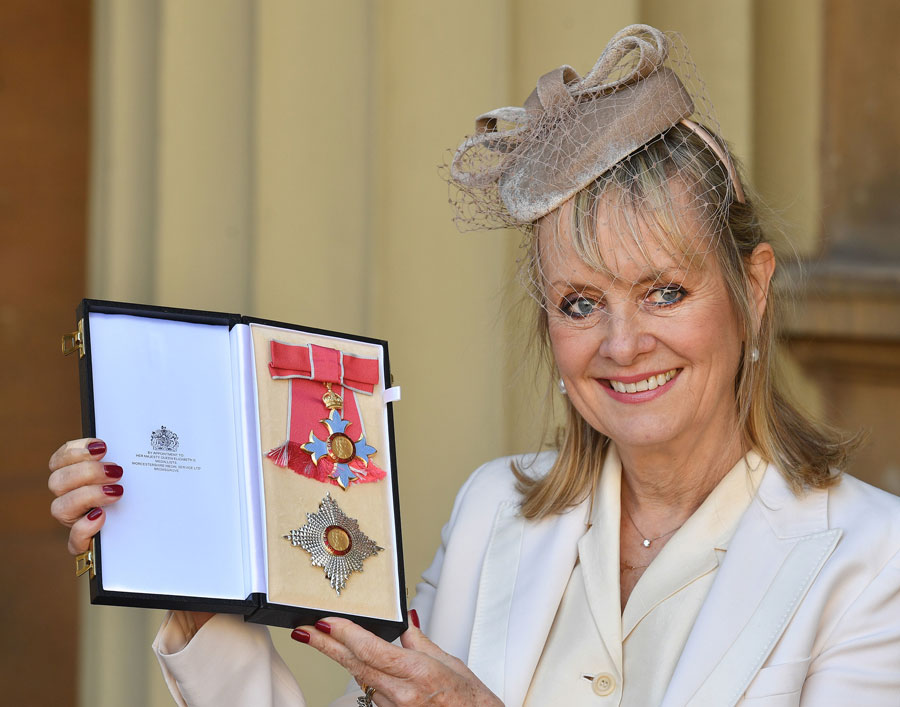 Twiggy has been a fashion icon for over fifty-years, and now she can add Dame Commander of the Most Excellent Order of the British Empire, or DBE, to her list of accomplishments. Twiggy was given the honour for her contributions to fashion, the arts and charity.

The model shot to fame in 1966 at the tender of age of 16 and is most famous for her big blue eyes and pixie blonde haircut. Considered one of the first true supermodels, she’s known by one name only: Twiggy.

Her real name is Lesley Hornby and at 69, she arrived to the ceremony looking every bit the glam ’60s icon in a white Stella McCartney blazer and obligatory fascinator. Her husband and daughter accompanied her to Buckingham Palace in London. Prince Charles oversaw the Investiture Ceremony.

After the ceremony she joked, “Officially it’s Dame Lesley but call me Dame Twiggy. I think Dame Twiggy sounds best!”

Twiggy was on the Zoomer cover in September 2009 and was photographed by Bryan Adams. In the cover story she said of then turning 60, “Can’t do anything about it, can you? Might as well celebrate it and hope to get lots and lots of presents.”