Young at Hart: Corey Hart Turns Back the Clock to Rock the 2019 Juno Awards 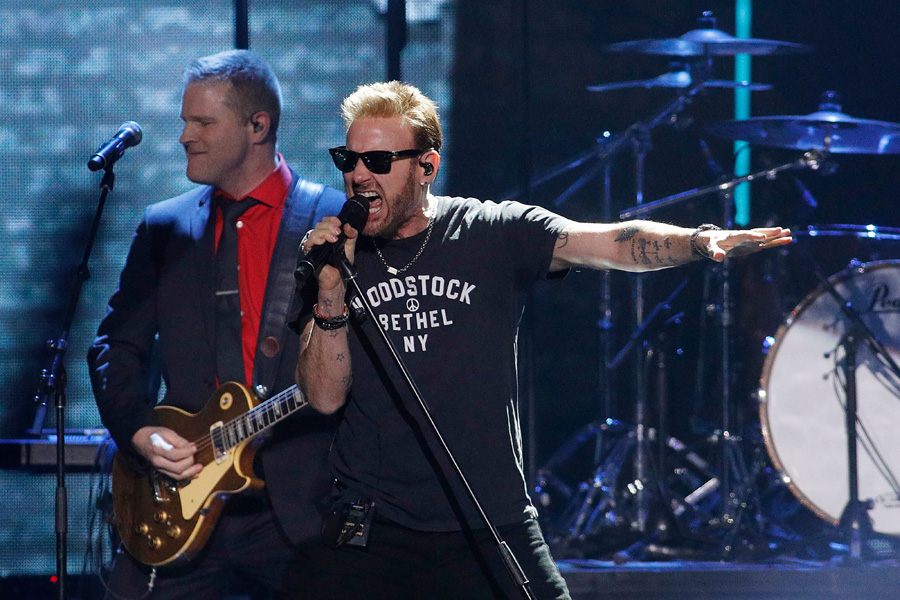 Absence truly does make the Hart – er, heart – grow fonder. On an award show where young pop idols like Shawn Mendes nabbed most of the hardware, it was a 56-year-old Canuck rocker who captivated the crowd through both his words and music. Corey Hart received one of the biggest and most sustained crowd reactions of the entire 2019 Juno Awards broadcast despite the fact that, before 2019, he hadn’t released a single in 20 years, hasn’t performed a Canadian arena tour in more than 30 years and most of the millennials partying in the crowd on Sunday night weren’t even born when the rocker’s two biggest hits – “Sunglasses at Night” and “Never Surrender” – shot up the charts in the early-mid 1980s. Still, at London, Ontario’s Budweiser Gardens, during the biggest Canadian musical celebration of the year, it felt like 1985 all over again.

“I believe that music and love are the most enduring and powerful forces of good in the world,” an emotional Hart said when he took the stage in honour of his induction into the Canadian Music Hall of Fame at the Juno Awards. He responded to the enthusiastic audience reaction by noting that, “Without you, my songs would have no home. They’d be unrequited and empty. So I thank you from the bottom of my heart.”

The last time Hart graced a Junos stage, in 1993, he presented an award with fellow Canadian singer Julie Masse. That appearance led to a musical partnership that the pair parlayed into a romantic partnership and, eventually, marriage. Hart credited the Junos for that union and pointed out his wife and four children in the audience. Referring to his children, he added, “I can honestly say that those are the greatest songs I’ll ever write.”

The singer returned to the stage later in the evening to close the show, performing a pared down piano version of “Never Surrender” before hitting the main stage, tossing on some dark shades and rocking “Sunglasses at Night.”

Elsewhere on the show, songstress Sarah McLachlan, 51, took on hosting duties for the evening, overcoming some awkward Trump references early – nothing like kicking off a Canadian music award show with references to American politics – to set a good tone for the evening and even perform later in the show. She also noted that, “Tonight we celebrate our light, our music … Canadian music kicks ass!” and quipped “This may be the first St. Patrick’s Day that you remember.”

Rock legend Sting, 67, took a break from performing in his stage musical The Last Ship in Toronto to make a surprise appearance at the Junos, celebrating famed music producer David Foster, 69, who was honoured with the Humanitarian Award for his work with the David Foster Foundation, which provides aid to families with children who require life-saving organ transplants.

“To me, true success is having he ability to help others less fortunate than yourself,” Sting said, calling Foster, “a man who knows the true measure of success.”

And rapper Maestro Fresh Wes, 50, took the stage to discuss the evolution of Canadian hip hop and drop a few lyrics from his pioneering rap hit “Let Your Backbone Slide,” off his seminal album Symphony In Effect, which went double platinum following its release 30 years ago this year and picked up the inaugural Rap Recording of the Year Juno Award.

As far as the winners on the evening go, most of the hardware went to young talents, including Shawn Mendes – the biggest Canadian pop idol this side of Justin Bieber – who took home four awards including Album of the Year. But the over-40 set did have a few wins this year (though they weren’t televised), including Colin James, 54, picking up the Blues Album of the Year Award for Miles to Go and Michael Bublé, 43, winning Adult Contemporary Album of the Year for Love. And Canadian radio great Duff Roman, 81, was honoured with the Walt Grealis Special Achievement Award.