Elton John, “Me”: Rock Legend Reveals the Cover of His Upcoming Autobiography 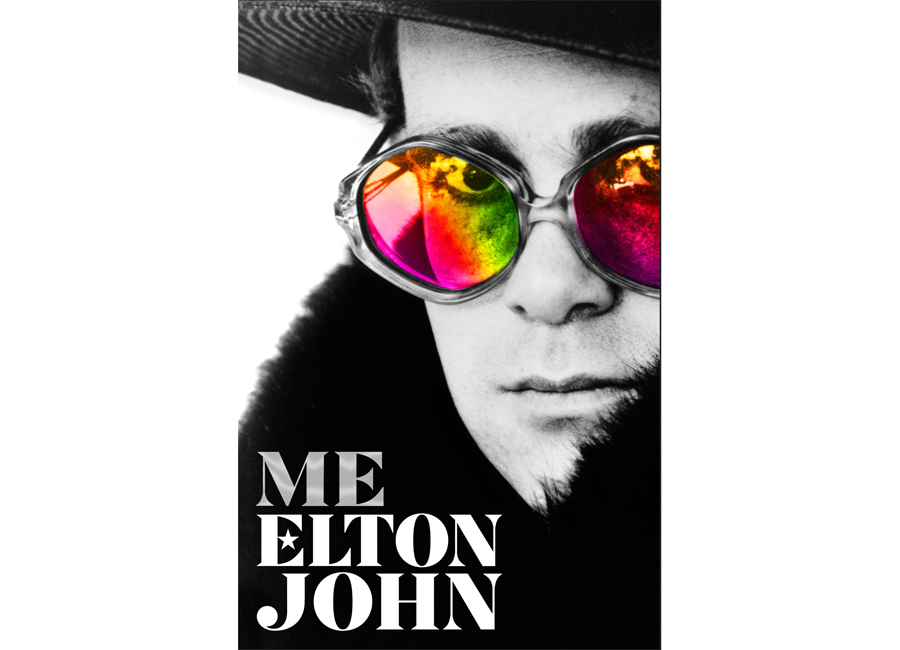 Elton John’s crooned the above line from “Rocket Man” more times than he can likely remember since the song first hit the airwaves in 1972. But beginning in October, fans will gain a firsthand perspective of what the rock legend is like at home when his first ever autobiography, Me, hits bookshelves.

And on Monday, Sir Elton used the occasion of his 72nd birthday for a cover reveal, giving fans a taste of what they can expect from Me in a few months time. The star revealed the cover, which features a headshot of a young Elton in black and white wearing a fluffy coat, fedora and rainbow-tinted glasses, in a short video on Twitter.

Though the book is being released in 2019, Elton actually announced he was working on it back in 2016. “I’m not prone to being a nostalgic person. I’m often accused of only looking forward to my next gig or creative project. It’s come as quite a surprise how cathartic I am finding the process of writing my memoirs,” John said in a statement about the book at the time. “As I look back, I realize what a crazy life I have had the extreme privilege of living. I have grown up in a period of extraordinary change in our world — and have had the joyful honor of rubbing shoulders and working with so many of the people at the heart of these changes. My life has been one helluva roller coaster ride and it’s still lumbering on.”

At the time, Elton’s publisher described the book as a “no-holds-barred account,” while its current Amazon listing calls it a, “joyously funny, honest and moving story of the most enduringly successful singer/songwriter of all time … His life has been full of drama, from the early rejection of his work with song-writing partner Bernie Taupin to spinning out of control as a chart-topping superstar; from half-heartedly trying to drown himself in his LA swimming pool to disco-dancing with the Queen; from friendships with John Lennon, Freddie Mercury and George Michael to setting up his AIDS Foundation. All the while, Elton was hiding a drug addiction that would grip him for over a decade. In Me Elton also writes powerfully about getting clean and changing his life, about finding love with David Furnish and becoming a father. In a voice that is warm, humble and open, this is Elton on his music and his relationships, his passions and his mistakes. This is a story that will stay with you, by a living legend.”

On the Twitter reveal video, Elton himself says “This is the very first time anyone has seen this, apart from me, of course. So I hope it encourages you to go out and buy it when the book comes out in October.”

And judging by the flocks of fans who expressed their excitement about the upcoming release on Twitter, Me is poised to hit the bestseller list with a rocket, man. Elton John’s Discs By the Decade

5 Things We Loved, and One We Didn’t, About the Elton John Rocketman Trailer