Oprah and Apple TV+: A Match Made in Digital Media Heaven 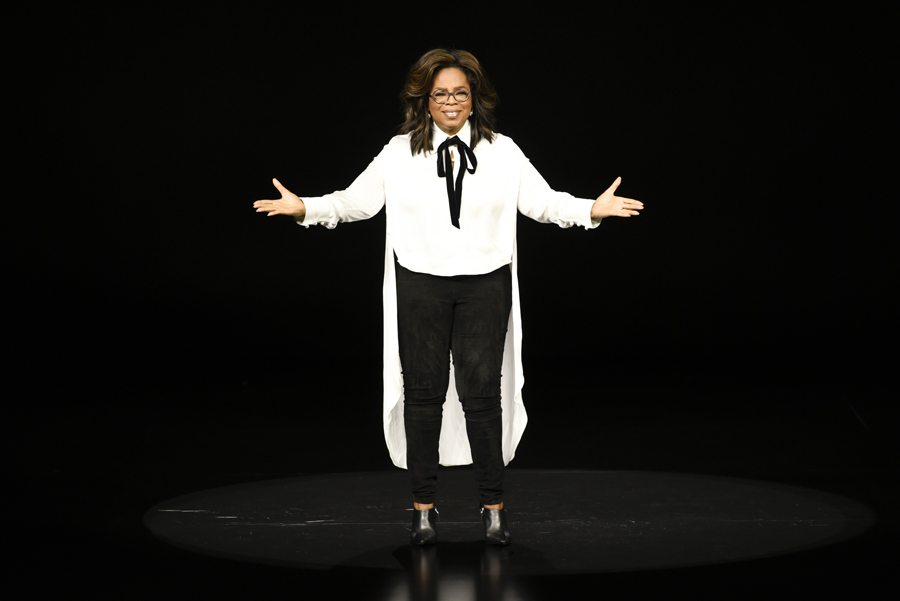 Talk about a meeting of the media giants.

If there’s one personal celebrity brand on Earth that can rival the reach, influence and excitement that Apple brings to the cultural landscape, it’s Oprah Winfrey’s. And in securing a partner to create compelling content for its new Apple TV+ streaming service — someone who’ll also serve as something of a de facto face of the platform — the tech giant didn’t take the usual Silicon Valley tact and turn to baby-faced social media influencers or a pop star du jour who hasn’t yet hit the brittle, dusty old age of 30. Instead, they called on the talk show queen turned media maven who, at 65, remains at the top of her game. “I’ve joined in order to serve this moment, because the Apple platform allows me to do what I do in a whole new way,” she said while introducing the partnership at the much-hyped Apple launch event on Monday. “There has never been a moment quite like this one … We have this unique opportunity to rise to our best selves in how we use and choose to use both our technology and our humanity.”

The new Apple TV+ subscription service will include original Apple-produced content, including Oprah-related projects like a multipart television series about mental health and a documentary about workplace harassment called Toxic Labor. Oprah also noted her desire to use the Apple platform to create “the biggest, most vibrant, most stimulating book club on the planet” — essentially a massive digital extension of her famed and influential “Oprah’s Book Club” in which she’d host author interviews that help “literally convene a meeting of the minds connecting us through books.”

The Oprah-Apple collaboration also highlights one of the 65-year-old’s beliefs about reinvention in life, which she discussed with Zoomer in 2018.

No definitive launch dates were provided for any of Oprah’s projects but Apple TV+ and Apple TV, which will host a pay-per-channel option for existing channels like HBO, Showtime and others, are expected to launch in the fall. Aside from Oprah’s content, Oscar-winning director Steven Spielberg, 72, also appeared at the Apple event, announcing the return of his 1980s-era sci-fi/fantasy/horror series Amazing Stories while Jennifer Aniston, 53, and Reese Witherspoon, 43, revealed their new project The Morning Show, described as “an inside look at the lives of the people who help America wake up in the morning, exploring the unique challenges faced by the women (and men) who carry out this daily televised ritual.” Steve Carell, 56, co-stars.

As well, the tech giant announced plans for Apple Arcade — a digital gaming service — and a new credit card dubbed the Apple Card. They also launched their brand new Apple News app, which brings users hundreds of magazine and newspaper titles, including Zoomer, in one digital subscription service.

A Journey of Self-Discovery on Oprah’s Alaskan Cruise

The New Apple Watch Can Detect Falls, Call for Help and Take ECGs