Harry and Meghan Take to Instagram: But Why All the Fuss? 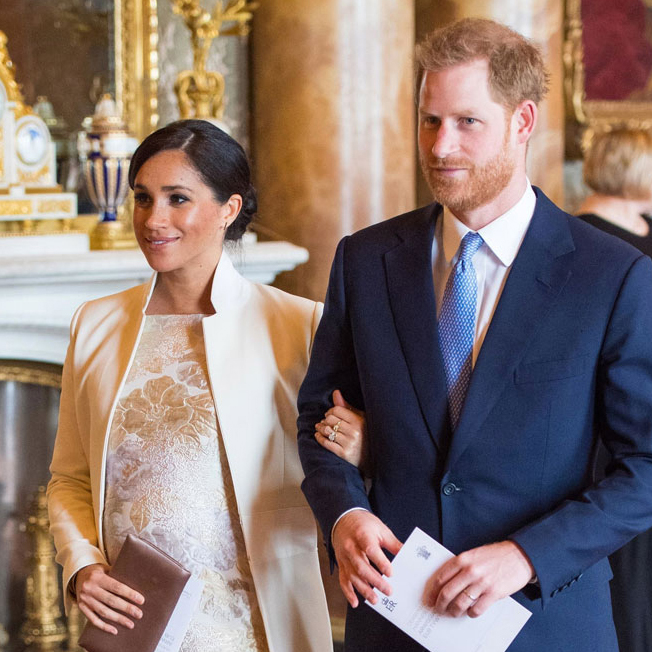 In the 24 hours since the Duke and Duchess launched @sussexroyal, their own official Instagram account, it has amassed 2.6 million followers and counting, with their first and only post thus far garnering almost a million likes – and counting. That post also punches above its weight – a 10-photo slide show (the maximum, technically) started by the couple’s oh-so-romantic intertwined monogram followed with never-before-seen images highlighting the couple’s working royal walkabouts, philanthropic passions and, yes, PDAs. And, in a nod to the egalitarian nature of social media, the accompanying statement is a title-free zone – signed simply Harry & Meghan.

Of course, the mere news that the besotted expectant duo had created their own dedicated Instagram account went viral – their first million followers were racked up in a record-breaking six hours, and one must – well, not really, but it is fun, isn’t it – examine the reasons for this craze-level response. After all, this is hardly an unexpected move given that the Sussexes were recently given the Queen’s approval to create their own royal household (or court), which would need its own communication channel. And the Sussexes, already superstars, whose innate glamour and charisma will buttress the Royal Family globally as William and Kate age into their more stolid role as monarchs, this platform, where image is everything, was a verified box that had to be ticked.

The Windsors have survived as a monarchy and the Queen as a ruler with an unparalleled longevity by showcasing a modern-media savvy that kept pace with the times. The Queen let some daylight in and some magic out when, back in the ’60s, she allowed the Royal Family’s off-duty activities to be filmed for public consumption.  And now all the royal households boast their own heavily followed Instagram accounts. Just so you know, @clarencehouse is Prince Charles’; @kensingtonroyal is William and Kate’s — the Duke and Duchess of Cambridge to you and me — while @theroyalfamily focuses on the activities of the Queen, who personally posted for the first time just weeks ago.

But there is an extra frisson with all things Sussex, and Instagram has been a prime instigator of this. Not only was Meghan a successful working actress when she started dating Prince Harry, she was the editor of a lifestyle site she founded, The Tig, which shared her love of food, wine, decor, travel and style, and personal ruminations, as well as her writing, packaging and branding skills. Meghan-ologists found The Tig fertile ground, combing its robust Instagram account, especially a cheeky one of two bananas spooning with the caption “Sleep tight xx,” the night news of the couple’s romance broke six months in, for clues as to how, when and where the unlikely romance may have unfolded.

When the Duchess wrote messages meant to be empowering on the bananas in meals for homeless sex workers during a public official engagement, she was ridiculed for thinking more like an Instagram influencer than a royal. The Instagram epithet was also hurled her way after her much mediatized New York private baby shower, where much of the food, decor and party favours later showed up – most unroyally, on Instagram. Would this have happened without the Duchess’s approval? After all, her makeup artist Daniel Martin posted a photo of the avocado toast – peak Instagram if there ever was one – that Meghan served him at Kensington Palace, and he was still invited to the baby shower. Which he naturally posted about.

But many see the Duchess’s comfort with this medium as an asset and a sign of the Royal Family just going with the flow. Her arty photo of Harry taken by his Duchess during the couple’s royal tour of Australia was used on social and, as it was revealed that Meghan writes her own and sometimes her Duke’s speeches, we can assume she will be quite involved in the content of @sussexroyal. Its first post also signals that she will continue to go her way, perhaps defiantly so. One of the photos is of her in a dress that was heavily criticized for being inappropriate, as it was see-through with a high slit – the photo emphasizes the split. Another is a black and white photo from the back with the couple holding hands reminiscent of the one they released for their Christmas card that was, yes, criticized, for being too fashion-y and Hollywood–y. Maybe I’m bananas, but it looked perfect for Instagram to me.