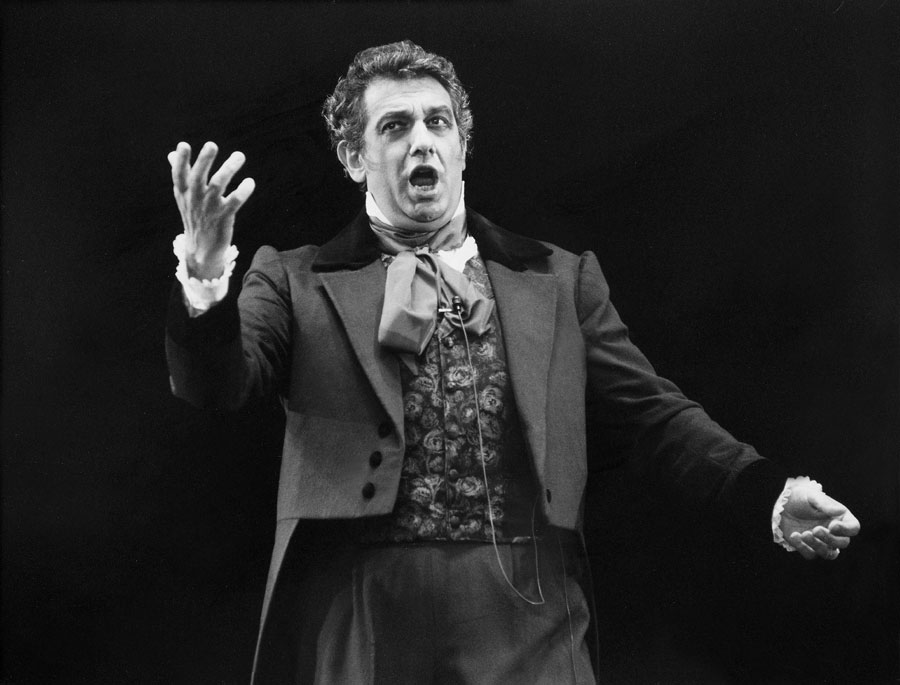 Endurance, passion, persistence, innate talent, fortitude — it takes all that and more, including a little bit of luck, for an athlete to set a record.

It’s the same for a performer — a dancer or singer — whose art is expressed physically and involves the mechanics of the body.

This past week, when 78-year-old Placido Domingo, went on stage in Vienna in the title role of Simon Boccanegra, he set a record.

Almost 30 years ago, in 1990, he became an international superstar as one of the Three Tenors, a trio that included Luciano Pavarotti and Jose Carreras.

Carreras, age 71, is retiring from the stage and making his farewell tour this spring. Pavarotti died in 2007 at age 71.

He’s been called opera’s marathon man, but that was two years ago, when he was merely 76.

Now, pushing 80, he’s closer to being a freak of nature.

“Placido Domingo is, depending on the source you consult, on one or the other side of 80,” observed the New York Times last year.

“It’s unprecedented in opera history. For him to be even credibly appearing in leading parts on the world’s major stages, and adding new ones each year, is as if Roger Federer, today already an ancient champion at 36, were still winning Wimbledon a decade from now,” wrote New York Times critic Zachary Woolfe.

How does Domingo do it? And why? And how will he know when it’s  time to bring down the curtain, to leave the stage, before his voice falters — not after?

“If I rest, I rust,” is reportedly his personal motto.

“It’s the great, great passion that I feel for making music,” he told the Chicago Tribune two years ago. ”The doctors say I am fine. That’s the important thing. I know the voice is healthy, and I am still in love with being on the stage. As long as the public comes to see me and I feel fine, I will continue.”

Still, Domingo has had to adapt and accommodate the changes in his voice that have come with aging.

The superstar tenor is now singing baritone roles like that of Boccanegra.

“Having naturally lost flexibility in his high notes, and no longer able to convincingly portray boyish lovers, he moved into the baritone repertory, specifically the brooding patriarchs of Verdi,” explained New York Times critic Zachary Woolfe.

The transition hasn’t been entirely successful but it’s recognized as being astonishing.

“His voice sounds healthy; he moves with fluency. If he’ll never be a true Verdi baritone, and always an aging tenor in baritone’s clothing, it is still a display not to be missed: someone of Mr. Domingo’s stage of life taking on a new Verdi role at a great opera house and doing himself no small degree of honour with it. You almost don’t believe your eyes or ears,” wrote Woolfe.

It’s astonishing, too, that his astonishing career has survived several health crises: colon cancer, pulmonary embolism and  removal of his gallbladder.

Among the losses that have come with age and an aging voice is having to give up his signature tenor role, Verdi’s Otello.

In eight performances, from April 27 to May 21, the celebrated American tenor Russell Thomas takes on that role at the Canadian Opera Company.

It’s Thomas’s world debut in the challenging role, although he’s worked up to it with concert versions.

His coming into the role, growing into it, and Domingo’s leaving it behind and moving on, represent the end of a beginning and the beginning of an end — in opera and in life.