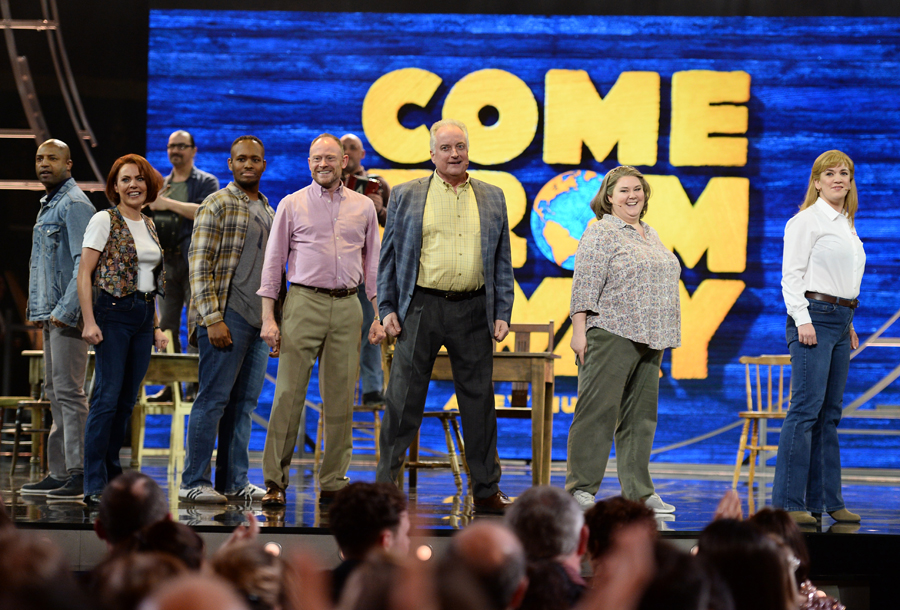 It started at Sheridan College in Oakville, Ont., became a hit everywhere from the Great White North to the Great White Way, and now the beloved Canadian musical Come From Away is an award-winner across the pond.

And not only did the award haul tie Come From Away with the musical Company for most awards on the evening, but the production’s Best New Musical honour made history as the first Canadian show to ever win the award. According to CBC, Devine, who took home the award for Best Theatre Choreographer, “dedicated the award in her category to the people of Gander, Nfld. who in real life, ‘effortlessly showed the world how easy it is to be kind.’”

The cast of the musical also performed at the award show, which was held at London’s Royal Albert Hall.

Of course, Come From Away is no stranger to award show honours. The musical, which incorporates traditional Newfoundland music and had its first production at Sheridan College in 2013, has won a Tony Award, multiple Drama Desk and Outer Critics Circle Awards and was nominated for a Grammy for Best Musical Theatre Album in 2018.

Stage legend Patti LuPone, 69, also picked up an Olivier Award yesterday evening, for Best Actress In a Supporting Role In A Musical for her part in Company.

Watch: Come From Away Wins Tony Award for Best Director

“Age” of Aquarius: Over-50 Community Theatre Puts On Production of Hair