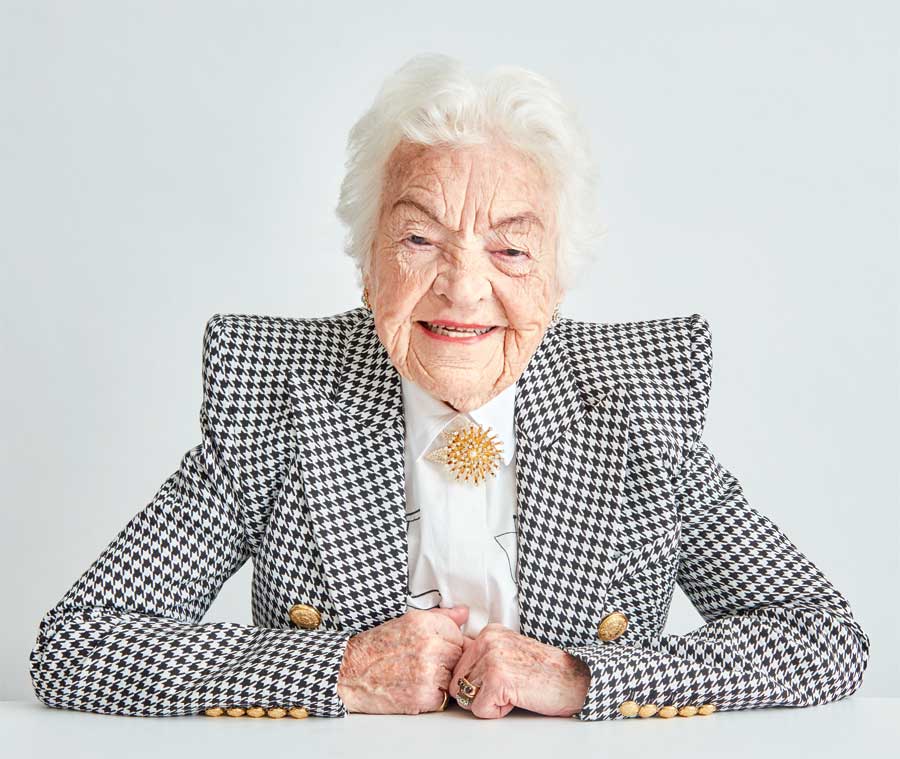 Hazel McCallion as she appears on the most recent cover of Zoomer Magazine's May edition. (Photo: Chris Chapman)

When the longest serving mayor in Canadian history graces the cover of your magazine, it calls for a celebration.

That’s why Zoomer magazine decided to hold a cover reveal event for Madam Mayor, Hazel McCallion who, at 98, is the publication’s most senior cover subject.

The Hon. Elizabeth Dowdeswell, Lieutenant Governor of Ontario also attended the event, held at the Zoomerplex in Toronto.

“We’re celebrating a barrier-breaking cover and a barrier-breaking woman, whose busting stereotypes about age and gender — and was a boss lady before boss ladies were a thing,” Suzanne Boyd, Zoomer magazine Editor-in-Chief, said of the legendary politician.

Helping introduce McCallion was Zoomer founder Moses Znaimer, who is credited with suggesting the former mayor as a cover subject.

“Hazel has been a great role model over the years, for woman in politics, women in government [and] women in power,” Znaimer said. “But she is not content being a role model, she’s determined to be a model and, as is Hazel’s way, whatever she determines to do she aces completely.”

Joined by Znaimer, McCallion personally unveiled the cover, spoke to the audience about the photoshoot and even provided some insight into how she remains so healthy and active.

“Well it was quite an experience, I can assure you, I’ve had many [shoots] in the 44 years I’ve been in politics, but the photoshoot with Zoomer was just so unique,” she said.

The former mayor, who was dressed in a variety of garments for the cover and inside shots — ranging from a vintage leather biker jacket to a Nordstrom blouse to a Balmain jacket — admitted she was a little outside of her comfort zone.

“I usually shop at Walmart, well, Hudson’s Bay the odd time,” she said.

Her style, she explained, was inspired by her desire to connect with her constituents during her run as mayor of Mississauga, Ont., from  1978 to 2014.

“While I was Mayor I never drove a car that was above what the average man and woman drives in Mississauga. I drove an Encore. I said to the staff, when they leased the car, get me an ordinary car,” she said.

Since she’s retired, however, Hazel says she’s indulged in a little bit of luxury.

“Guess what, now [that] I’m retired I’m driving a Mercedes Benz,” she added with a laugh.

The former mayor isn’t enjoying the luxury car from the passenger seat either. When it was suggested she make use of a chauffeur, she refused, adamantly.

The importance of that independence along with maintaining a purpose in life is something she says she tries to pass on to her fellow seniors.

“You have to encourage people to be active, to have a purpose in life. If you have a purpose in life, then you know where you want to go, you know what you want to try to accomplish,” McCallion explained. “You can’t always be successful but you have to make the effort and I encourage seniors in the retirement homes to live life to the fullest. To make everyday count, because it could be your last day, so that day is very very important.”