Fake News: What Happened When One Man Discovered He Was Supposed to Be Dead 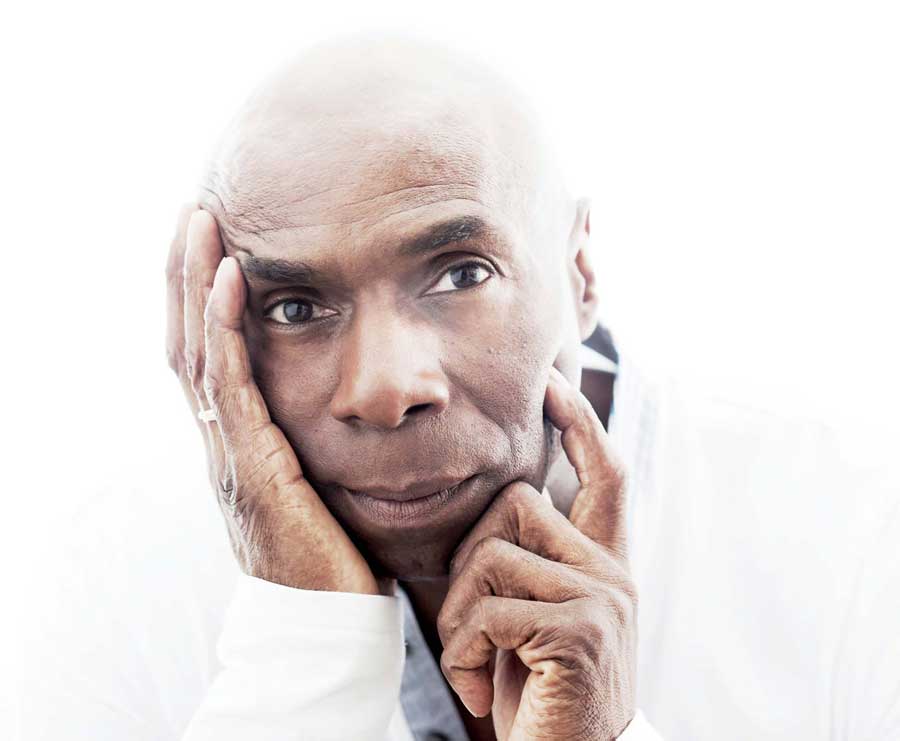 Two years ago this past Easter, Vancouver jazz singer Don Stewart discovered he was “dead.” Happily, he was alive again by the end of the weekend, but not without complications.

“It happened at a strange time, because my father was a reverend and my mother was a missionary, so Easter was a very important time in my family,” the 68-year-old tenant of Vancouver’s Performing Arts Lodge says over the phone, in advance of the debut of the short film The Day Don Died at Toronto’s Hot Docs film festival.

What happened was that, despite his being in and out of his apartment all weekend (going to church and having performed a Good Friday concert mere blocks away), nobody in this seniors condo for entertainment industry folk had seen him in a few days. He’d had health issues, and somebody simply assumed/suggested he’d died, igniting a building full of gossip.

By the time Stewart discovered the “fake news,” there were postings on bulletin boards for his memorial.

“I was in the elevator and one of the tenants looked at me and said, ‘Oh, you’re still alive.’ I said, ‘What?’ And he said, ‘There’s a poster downstairs in the lobby that says you passed away.’

“I was more angry that it was there than anything. It was one of those things that make you question whether you’re here or not.”

By coincidence, Vancouver filmmakers Steve J. Adams and Sean Horlor were scouting the PAL building the next week with an idea of their own, a “gay Golden Girls” documentary.

“Originally, we’d gone to PAL thinking we could find maybe a group of gay men or lesbians, because it’s an artists’ community,” Horlor says. “And once we got into the building we started asking people about their stories, the relationships in the building, that sort of thing. And one of the first groups we talked to said, ‘Have you heard about Don Stewart?”

It was one week after it happened, and it was this big story of somebody dying and coming back to life on Easter weekend. And we thought, ‘We just have to make a film about this.’”

Adams adds, “We loved that you could track how the misinformation spread, how it was tied to an emotional response to death. And watching people begin to clearly make sh– up was pretty interesting. It’s a building of storytellers, and each one wanted to tell it with their own flair.”

The Day Don Died — which screens as part of Hot Docs’ shorts program on Saturday and Sunday — speaks to a lot of things (and is, by nature, a feel-good story, given that Don didn’t die, and in the interim, neither has anybody else in the film). It’s about fake news spreading in a tightly-knit community — “the only condo tower in Vancouver where everybody knows everybody,” Horlor says.

It speaks to the nature of entertainers, whose life is informed by being seen. If there’s an erstwhile celebrity you haven’t heard of in a while, especially if they’re older, you may suspect they’ve died. (There’s even a website called the Dead People’s Server, where you can check).

And then there’s the reality of living in a seniors’ residence. “The truth about this place is that people come and go,” Stewart says. “Just before this happened, it seemed like I was going to a celebration of life every week. I’ve got some coming up.” So, it’s easier to accept a death report.

There were competing versions of the tale. Don had been killed in a car accident. He had died on the operating table. Stewart says in the previous year, he’d had a medical procedure for a thyroid condition in his throat, and a hip replacement. “I guess I’d mentioned these things to different people, throat, hip and that’s how I ended up dead,” he says.

It’s that easy to die, but coming back to life is complicated. Don showed up at the building’s coffee shop and other meeting places to let everybody know. But there’d already been an announcement on Facebook.

“And one of the people who put it on Facebook didn’t know how to delete it, so it just stayed there for a while,” Adams says, chuckling.

“I got on the phone right away and called my family (in Amherstberg, Ontario),” Stewart recalls. “They were freaking out. I got a big family, seven brothers, two sisters, and one of my brothers had passed away so… anything’s possible. He was bigger, stronger and smarter than I was, and he was killed in a car accident.”

Other people saw the Facebook page too. “I had friends call me from Australia saying ‘Thanks a lot. You ruined my day! But I’m glad you’re alive.’”

If not the originator of the “Don’s dead” meme, the filmmakers think Judy Ginn was certainly an accelerant. (She and her brother Jim Walchuk briefly hosted a CBC variety show The Judy and Jim Show in the ‘70s. They perform that funeral favourite “Ave Maria” in the opening credits of The Day Don Died). “She was one of the main people who started calling up people and telling them that Don was dead,” Horlor says.

For his part, Stewart isn’t angry anymore. “There was nothing vicious about it. It was just like, somebody planted a seed and it grew into a tree overnight.
“And being dead kind of opened my mind. I wouldn’t say I’d gotten lazy, but my acting coach used to say, ‘Once you think you know it all, you’re dead in the water.’ So it was time to bring things to another level.”

The slim, athletic Stewart is in rehearsals for a Nat King Cole tribute show, and has received invitations to play out of town, including Yellowknife.
“I do my stuff, I work out, I play tennis, I bike around the sea wall. I’m doing all the things I’m supposed to do. All I can do is help my body give me a quality of life that keeps me around.

“I mean, I look outside, I see trees, flowers blooming. Life is going on, and I’m still in it.”

The Day Don Died screens at Scotia Bank Theatre and Innis Town Hall in Toronto on April 27 and 28. It also screens on May 10 at the NorthwestFest in Edmonton and May 25 and 26 at Yorkton Film Festival in Saskatchewan.