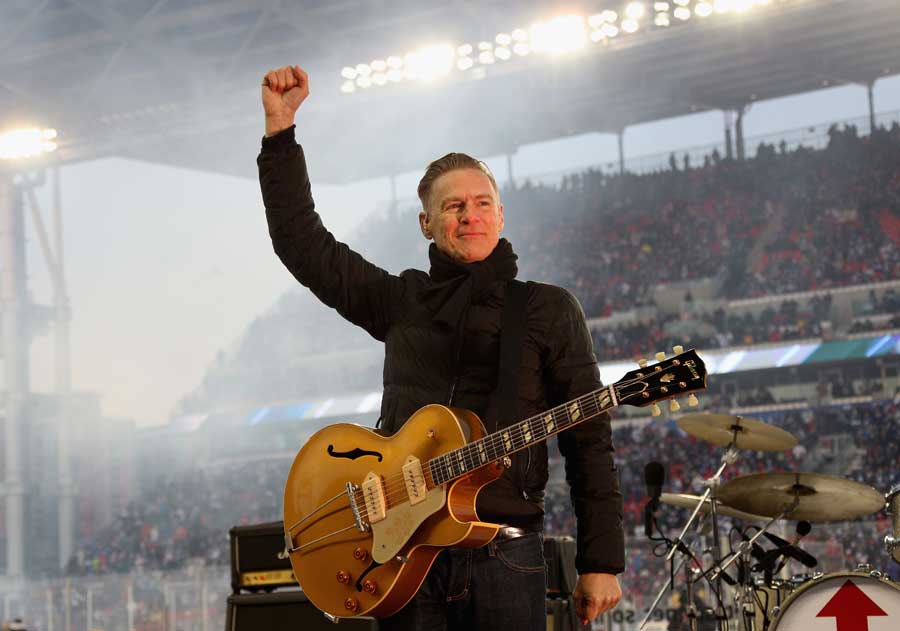 Canadian rocker legend Bryan Adams, 59, revealed that last week while spending time on his island home in St. Vincent and the Grenadines, he intervened to save the life of a whale.

Adams said he noticed several boats circling the large marine mammal within a 1,000 metre ocean conversation area. “I was witness to a whale boat and speed boats corralling a whale; several boats going around and hurting it,” he told local newspaper Searchlight.

This type of activism recalls the days of Greenpeace and its famous ship, The Rainbow Warrior, that routinely sailed in the path of commercial whaling vessels and whales. Adams is a long-time defender of the environment and wildlife, and is currently chairman of the St. Vincent and the Grenadines Environment Fund.

The rocker and photographer has long been a philanthropist. The Bryan Adams Foundation supports numerous charities around the world, including Wild Bird Aid, U.K., The Sarah McLachlan School of Music, Canada and WaterAid, a global program whose mission is to create access to clean water and better hygiene for the poorest nations.

Adams often marries his celebrated photography to help benefit charities and improve lives. In 2002, Adams took intimate portraits of a woman who was living with breast cancer, called Made In Canada, with the proceeds benefiting  the Canadian Breast Cancer Foundation. In 2013 he published Wounded: The Legacy of War, his portraits of young British soldiers who suffered life-changing injuries during combat in Iraq and Afghanistan. His most recent work is Homeless, his revealing and moving portraits of men and women on the streets in the U.K.  All proceeds for the sale of the book go to The Big Issue Foundation, a homeless charity in the U.K.