Fan Frenzy: How Social Media Has Taken Fandom to a Scary Place 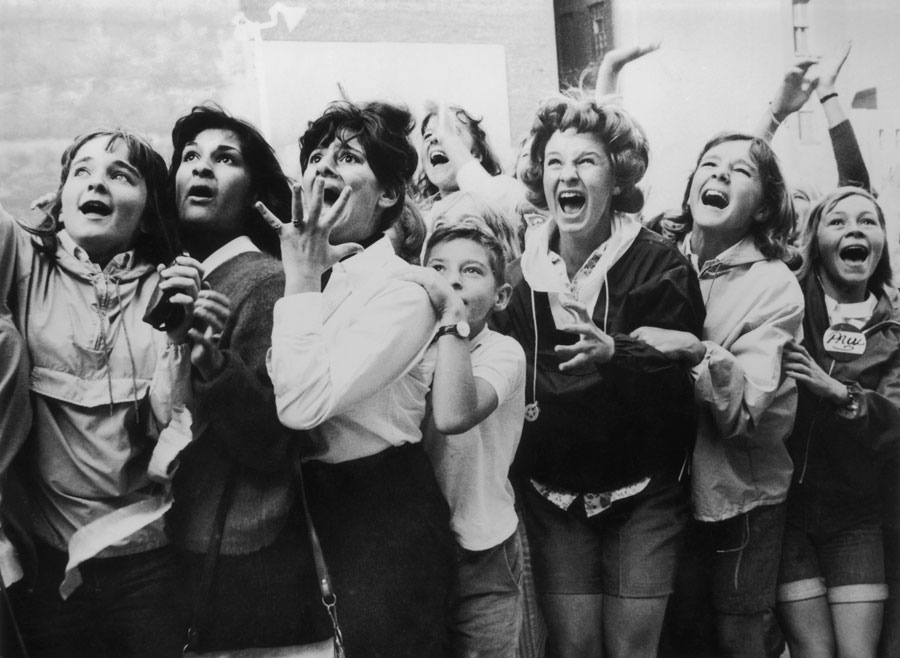 Before I get to Avengers: Endgame and the fact that fans are, um, different than they used to be, here’s a sort of social experiment I performed at the turn of the century.

The Backstreet Boys and ‘NSYNC were at the front of the boy-band craze. And after every concert, the letters page of the newspaper I worked for would be full of indignant responses from the tween-aged female fans to our adult male music critic’s less-than-enthusiastic review.

The shared furious tone sounded familiar to me. I searched our database for New Kids on the Block, an almost identical phenomenon from a decade earlier and found almost identical letters-to-the-editor, circa 1990.

Sample: “If your critic had half a brain (that’s the thing people use to think with), he would know that New Kids on the Block are the greatest group since the Beatles!”

These were very angry young women. I mean, this was pre-email, so they had to buy a stamp and everything.

I then set about finding some of these women and interviewing them about how they felt all these years later about their angry letters. Now in their 20s, they were equal parts amused and embarrassed to be contacted (in one case, I talked to a mother who remembered the exact day her daughter pulled the NKOTB posters off her bedroom walls).

I also asked each if they could imagine being so devoted to an entertainer that they would be that furious again in their defence. All said no. They’d grown out of that.

Of course, social media was still years away.

Since then, alleged adults have become those girls. Avengers: Endgame, in which some fictional characters with superpowers may or may not end up dead, has inspired fandom so passionate that a woman in China was reportedly hospitalized after sobbing so much she ended up in convulsions, and a crowd in Hong Kong severely beat a young man who maliciously yelled out the ending of the movie to people waiting to get in.

Meanwhile, here at home, the handful of movie critics who weren’t moved in a good way by Avengers: Endgame have discovered what a Twitter mob looks like. The Globe & Mail’s Barry Hertz had the distinction of being the first critic on Rotten Tomatoes to score the movie “rotten.” Responses included, “Thank you for being the only negative review on avengers end game bringing it down to a 98%… I hope (Marvel comics founder) Stan Lee haunts you, slut.” Another ended, “F— you, bro, f— you!”

There would soon be more critical dissenters, and one fan tweeted the profile pics of six critics (including Hertz) who’d given the movie a negative review, like a wanted poster.

The vitriol reached levels just this side of threatening (and maybe it indeed reached that point, since there were deleted tweets in some of these threads).

We know threats are possible, since the first bad review on Rotten Tomatoes for 2012’s The Dark Knight Rises — by a blogger named Marshall Fine — was greeted with people fantasizing about beating him “with a thick rubber hose into a coma” and hoping he’d die in a fire. Others vowed to hack and take down his website.

It’s not as if rage-reactions to other people’s views are new. Your parents’ admonitions to avoid talking about religion and politics in polite company came from a real place. And sports has had a propensity for fan violence for so long the once all-purpose word “hooligan” is now associated with only one thing:  soccer (even my calling it soccer instead of football could put a hooligan target on my back).

And it’s also not as if entertainment itself has been violence-free, with certain movies being accused of angering up the blood all the way back to Rock Around the Clock (which ostensibly caused a teen riot in London in 1955).

But the type of fandom that seeks 100 per cent critical consensus on Rotten Tomatoes as validation for their taste seems new. We all have fondnesses for things that go largely unshared (gastronomically, for me, it’s sardine sandwiches with onions and mayo, what my son calls “penguin food”) and an aversion to other people’s widely accepted taste (caraway seeds, rosemary, horseradish).

But eventually, you do have to draw the line at other people’s opinions. When someone like @JuiceboxCA tweets, “The Marvel Cinematic Universe is the greatest achievement in content, entertainment, and maybe even culture, the world has ever seen,” I, as a fan of The Renaissance, must take umbrage. Them’s fightin’ words, Mr. Juicebox.

It’s easier for me to swallow the idea that New Kids on the Block were the greatest band since The Beatles.