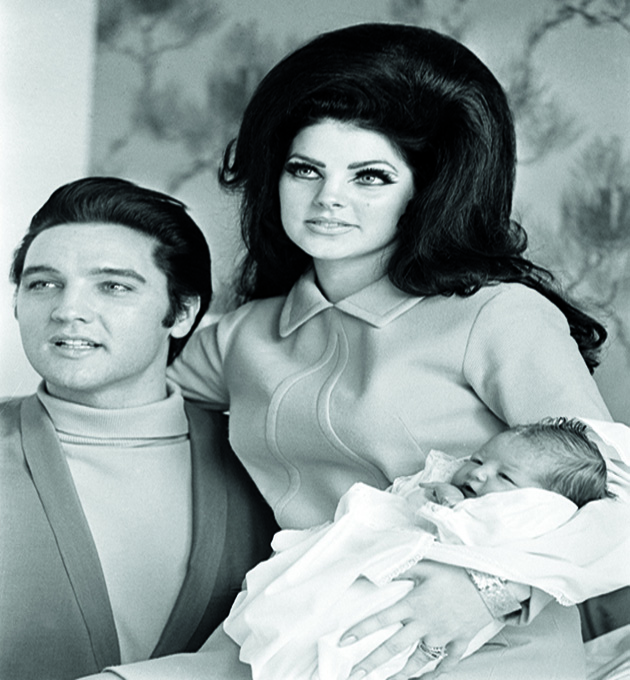 In recognition of what would have been Elvis and Priscilla Presley’s 52nd wedding anniversary (May 1, 1967), we revisit our conversation with Priscilla about the album Elvis would have wanted to make.

Tucked away in a modest recording studio just off of Times Square on a drizzly New York City evening, Priscilla Presley sits among the gathered listening party as an Elvis Presley cover of “Bridge Over Troubled Water” plays over the loudspeakers.

Elvis, however, isn’t alone on the track. A recent album, If I Can Dream, sees Presley’s tunes remixed to include backing from the Royal Philharmonic Orchestra—a brilliant artistic marriage that draws out the true power of Elvis’s voice and even includes a duet with Canuck crooner Michael Bublé.

The following morning, Priscilla sat down with Zoomer‘s Mike Crisolago to discuss “the album Elvis would have wanted to make.”

Mike Crisolago: When introducing this album, you noted that Elvis should be known for more than his rock ‘n’ roll.

Priscilla Presley: He had a passion for all kinds of music. The rhythm and blues, pop, gospel, opera, classical – he listened to all of it and he got something from all of it. A high note, how someone expressed something – he’d get lost in the music.

MC: Why couldn’t he make an album like this during his lifetime?

PP: RCA controlled the music. How do you do what you want to do when your label doesn’t even understand you? And Elvis would say that there is so much more to music than that…He was very innovative—way ahead of his time. He was not stuck on, “It has to be this way,” meaning it’ll never change. He took risks. The bigger, the better, the louder, the more impact, the more dramatic—that’s what Elvis loved.

MC: I can’t fathom a time when people wouldn’t know of Elvis, but you worry he could be forgotten.

PP: My son [with Marco Garibaldi] can listen to [an old recording], and I say, “Do you like this?” [And he says], “Yeah, for back then it was great.” That scares me a little bit. And he’s in his early 20s. And I’m thinking, “If he’s thinking that, so is the younger generation.” We lived it and we knew the phenomena. We know the legend that [Elvis] is, and the goal is to try to keep him as current as possible.

MC: You had a really sweet story about “Bridge Over Troubled Water” and what that song means to you.

PP: I remember, just before [Elvis] was to go on stage, his father walked up to both of us and said, “I just want you to know that Priscilla’s horse died today.” I didn’t know he was sick. And Elvis got a bit upset with him. He saw me and he said, “Baby, go to the booth and watch the show.” So when he came out to do that song, he looked over and said, “This is for you.” So when I heard the song, it just brings me back to that moment.