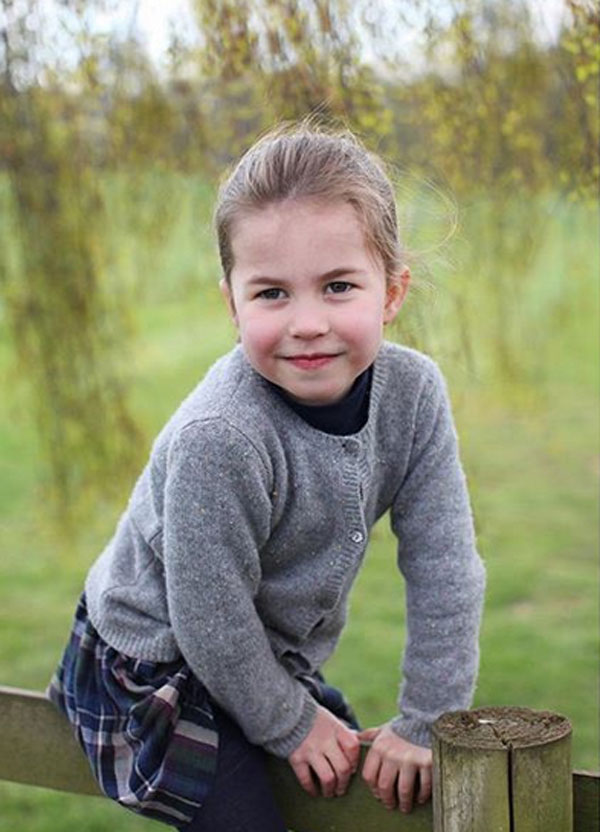 Everyone’s favourite scene-stealer turns four today. That would be of course, Princess Charlotte, younger sister to Internet meme sensation Prince George, 5, and older sibling to one-year-old Prince Louis. As is the custom, mum, Kate, Duchess of Cambridge, took three gorgeous portraits of her daughter and posted them on Twitter for all the world to see. The Duchess also revealed that one of Princess Charlotte’s favourite toys is “slime,” a gooey toy that feels like it sounds. This fun fact was overheard when Kate visited the Kantor Centre of Excellence which helps children with mental illness, and is part of the Anna Freud National Centre for Families and Children in London. The Duchess was discussing the slime toy with a young girl and according to Hello! magazine, said, “Charlotte, my daughter, she dropped hers on the floor and it was pink and ended up brown and covered in so much mud. It ends up all gooey, doesn’t it?” Proving that while she’s a Princess, Charlotte is just like any other toddler and enjoys a good messy playtime. The wee Princess has become an instant hit with royal watchers the world over for her antics, including cheeky grins and enthusiastic waves to crowds when out with her parents. She has also become something of a flower-girl “it” girl, appearing in several weddings, including that of Prince Harry and Meghan.

While Charlotte has two brothers to play with, we can’t help wonder if she wouldn’t be pretty pleased should Meghan have a baby girl. While not a sister exactly, a little girl cousin would be fun to play with, even slime. We can see the resemblance to both her parents in the cherubic face. The hair, thick and brown, seems to be handed down from her mum, the Duchess. The little Princess is also clearly a lover of the countryside, which is definitely something that will come in handy once it’s time for her first pony!