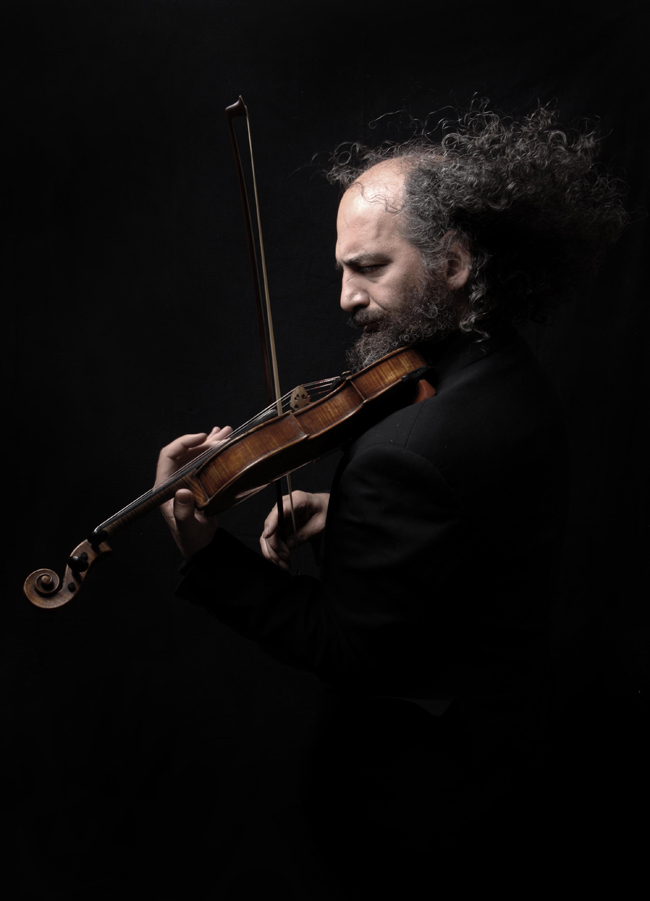 I am bursting with happiness as I leave the front[lines],
[Overjoyed] that I am still alive,
Oh, but when I return to my city and ask about my loved ones
They answer me, “None are left [alive].”

I am left standing still, overcome with grief,
My heart splitting open with sadness.
Oh no matter where I look, I just see that pair
My wife with my one and only child…

In June 1947, 73-year-old Golda Rovinskaya of Kiev penned the above lyrics as part of a song called “Babi Yar,” named after a ravine near the Ukrainian capital where the Nazis slaughtered more than 100,000 Jews, POW’s and other anti-German forces in the single worst mass killing of the Soviet Union occupation. It’s not exactly something to sing about, one might think, yet countless ordinary Soviet Jews like Rovinskaya penned songs about their experiences under Nazi occupation — from lovers torn apart by war to a young child mourning the loss of his mother.

Jewish ethnomusicologist Moisei Beregovsky collected the songs during the war, though his arrest during the Stalinist purges following the Allied victory saw the music confiscated and, as many believed for decades, destroyed.

Then, while working on a dissertation about Soviet Jewish music in 2000, Professor Anna Shternshis, currently the director of the Anne Tanenbaum Centre for Jewish Studies and associate professor of Yiddish studies at the University of Toronto, paid a visit to the Vernadsky National Library of Ukraine and came across a box of handwritten songs. Unaware of their significance at the time, she returned a decade later to take a closer look, and “it dawned on me that what I saw was actually the first grassroots accounts of how Soviet Jews sang [about the war].”

A few years of studying the texts of the songs and consulting with various experts led to a collaboration with Russian Jewish singer-songwriter and poet Psoy Korolenko, who, “engaged in ‘musical archaeology’ and analyzed the scarce supplementary notes, contextualized the lyrics and then took a leap of imagination in order to create or adapt music for the texts.” In 2015, after live performances of the music, producer Dan Rosenberg arranged a studio recording of the songs, enlisting musicians and further musical arrangements to bring the stories of these Soviet Jews to a wider audience. An album, Yiddish Glory: The Lost Songs of World War II, followed in early 2018, featuring the vocal talents of Juno-winning Russian-born jazz singer Sophie Millman.

Now, ahead of a radio documentary about the music — Yiddish Glory: The Lost Songs of World War II  – Professor Anna Shternshis, who discovered the lost songs, sat down with Zoomer to discuss the history of the Yiddish Glory music and the importance of sharing it with audiences nearly three-quarters of a century after they were written.

MIKE CRISOLAGO: One of the most fascinating things, in my mind, about these Yiddish Glory songs is the question of why Jewish Red Army soldiers and refugees and victims of the ghettos wrote them in the first place.

ANNA SHTERNSHIS: It’s interesting, [why] you would write a song about being in the army? I thought quite a bit about this. Maybe it’s a way to tell the story because you can’t really tell the story the way it was … Maybe it’s to distract yourself or maybe it’s to help with emotions that overwhelmed you, or sometimes it’s just to distract from the war. And so people go through all this stuff and they write songs about that. And what’s interesting about this is it gives us an insight of what’s going on through a person’s mind as they go [through] the war … and how they understand and make sense of violence that they witness or the ones that they commit. Also, the Soviet government used music as propaganda to motivate people to fight … [so] some of them are probably inspired by this propaganda music.

MC: What went through your mind at the moment when you realized the historical magnitude of the songs you’d discovered?

AS: I wish I could say that I realised the magnitude immediately. I looked at one of the documents and it is not part of the Yiddish Glory collection because it’s too vulgar – about sex and all the violent things that would be done with the Germans once they are defeated. And the bottom says the recorded song name and a last name [of a child aged] five-years-old. And that was the moment that we realized the magnitude of that because a five-year-old singing about that tells me so much more about this whole project than any content of that song, because I started imagining in what circumstances that five-year-old wrote that song. Was this for food? Was this for begging? Was this for amusement? Was it for things we can’t imagine? That’s when I understood what it is and that’s, I think, when I decided to make and to perform them.

MC: How did it feel to hear the songs performed for the first time?

AS: Once we heard these songs I actually understood the stories they were telling. If you’re just reading them on paper, even with the best translation, with the best understanding of what the text says, you still don’t get the whole picture. You don’t get to see a 3D image. So the music gave me a chance to see the complex human beings behind those lines. And also something has to be said for Psoy Korolenko. His fame came from very clever and very sophisticated and very kind of complex Russian poetry, which he sings. So his own interpretation of the text and all this and with this material, he brought a persona in himself which I have not seen before. It was not this normal ironic, kind of slightly cynical process. He gave a voice to that stuff which really enabled us to appreciate what we were hearing and then really gave us a chance to get a glimpse into their imagination.

MC: Why is it important to spread this music to a wider audience today?

AS: It’s not an easy question at all, because a few colleagues raised it with me. They said, “Well, the songs are so pro-Stalin. People who sang them in 1944 didn’t know what Stalin was going to do to them. They didn’t know that, and now we do, so why glorify Stalin using someone’s beautiful voice?” I don’t know, actually, what the proper future for [these stories are]. All I know is that we have to tell the story … And I think we owe it to the past to appreciate the complexity of it because it’s not all about legacy and heritage and pride and all this. People in the past have complex and complicated and contradictory [experiences] and this material is another example of that … I always think about what it was like for all these people who sang these songs … or under which circumstances they wrote them. Who they were, like kids and women and soldiers and uneducated people and people who were the most disadvantaged. I cannot help but think about what it would be like for them to be in that audience and to hear these songs from that stage.

MC: Since releasing the music, have you encountered anyone who is directly linked to any of the songs through their own family history?

AS: No, and I made an effort to find them. I think we gave 28 or 29 talks over a few months and I always ask [the audience] if somebody heard or recognized [anyone in the songs] and so far we’ve only had one success, when a woman in Chicago came to us and she said she recognized some of the words in one of the songs and … she remembers that her great-grandmother and other women were in the kitchen saying words like, “As long as they live the world will never forget what happened.” and those are the words from the song “Babi Yar.” So that’s the only insight I got on people who heard that music.

MC: What sort of reaction do you get from people who hear these songs?

AS: First of all, most people are just interested to learn that that stuff existed and they like to know the story about the lost archives. We’ve had a chance to perform it in front of some Holocaust survivors who really like this music. And a lot of people told us that they really appreciated the fact that the songs are so much about violence and resistance – that people were fighting, that they were not just passively living through what was happening to them. Also they really liked all this humour in the songs. A lot of people told us that [they] were all laughing and if you’re able to laugh at Hitler, if you’re able to laugh at this horrible thing that they’re doing, you were above it. Humour in the Holocaust is controversial … but not for people who listened to the humour created during that time. And the fact that the songs have so much of that they also really liked.

MC: When people come to experience Yiddish Glory at the Ashkenaz Festival, or listen to the CD, what do you hope they take from the music?

AS: Well, first of all I hope they will enjoy listening to the beautiful music. The musicians are amazing. And listen to the story. I also hope that when they listen to the songs and they read the translations they will think about how people who wrote these songs were the most disadvantaged in the war. These were women, these were young children, these were people without resources, people who were refugees, and this is how they made sense of the war. And what I think about all the time is that the wars and violence are happening as we speak. There are wars happening in all parts of the world today and people are going through these experiences that are described in [these songs]. Not exactly the same wars and not exactly the same circumstances, but the fact that women and children and people without resources are the first ones to be affected by any sort of violence – that did not change. And I want people to think about what it’s like for a child to experience the war and sing about it, and I hope that singing about this … like, presenting the songs about the war written by children will keep us all alert about what’s happening in the world today and about the injustice that keeps taking place.