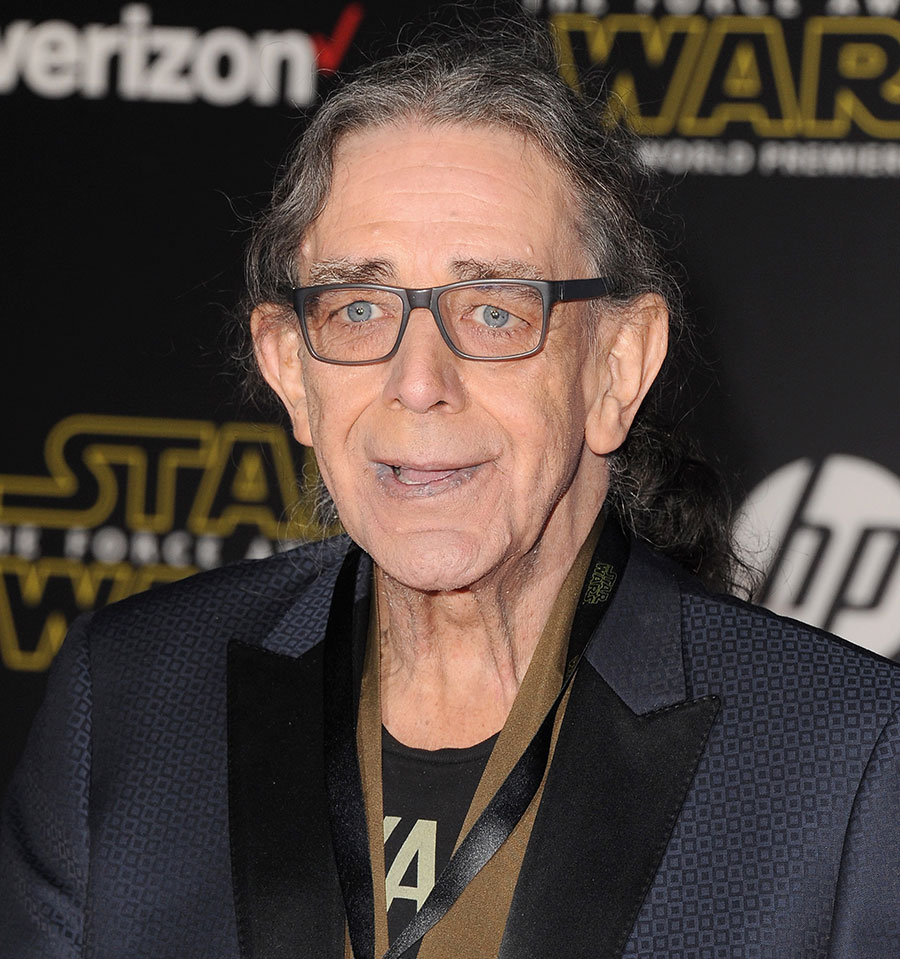 Peter Mayhew, the original Chewbacca from Star Wars, has died.

According to a release from his agent, Mayhew, 74, died on April 30 with his family by his side.  He is survived by his wife, Angie, and three children.

“He put his heart and soul into the role of Chewbacca and it showed in every frame of the films from his knock-kneed running, firing his bowcaster from the hip, his bright blue eyes, down to each subtle movement of his head and mouth,” his family said in a statement. “But, to him, the Star Wars family meant so much more to him than a role in a film.”

Mayhew donned the Wookie suit six times over the past four decades to play Chewbacca on the big screen. His most recent performance was in 2015’s Star Wars: The Force Awakens, alongside his long-time partner in crime, Han Solo, played by Harrison Ford. In a statement to the Hollywood Reporter, Ford said of his former co-star:

“Peter Mayhew was a kind and gentle man, possessed of great dignity and noble character. These aspects of his own personality, plus his wit and grace, he brought to Chewbacca. We were partners in film and friends in life for over 30 years and I loved him. He invested his soul in the character and brought great pleasure to the Star Wars audience.”

Mayhew also consulted on The Last Jedi to help teach his successor, Finnish actor Joonas Suotamo, who filled his predicessors shoes for a third time with Star Wars: The Rise of Skywalker, in theatres this coming December. “He was the gentlest of giants,” tweeted Mark Hamill, who plays Luke Skywalker. “A big man with an even bigger heart who never failed to make me smile & a loyal friend who I loved dearly-I’m grateful for the memories we shared & I’m a better man for just having known him. Thanks Pete.” Disney CEO Robert Iger also offered his condolences after the news broke Thursday evening. In a tweet Iger wrote on behalf of The Walt Disney Company:

“The @WaltDisneyCo mourns the loss of our beloved #chewbacca portrayer, #PeterMayhew. Peter was larger than life in so many ways…a gentle giant playing a gentle giant. Rest in peace.”

Mayhew was also a philanthropist, starting the Peter Mayhew Foundation, “devoted to the alleviation of disease, pain, suffering, and the financial toll brought on by life’s traumatic events.” Most recently its efforts included providing food and supplies for the children escaping Venezuela.

“His kindness, generosity and care will live on in the Peter Mayhew Foundation with Angie taking the helm as his voice,” his family said.

Mayhew’s passing comes just days before May 4 — what has become known as Star Wars Day — and surely fans worldwide will have him in their thoughts as they celebrate. May the force be with you, always Mr. Mayhew.

A memorial service for friends and family will be held on June 29. In early December, there will be a memorial in Los Angeles for fans.