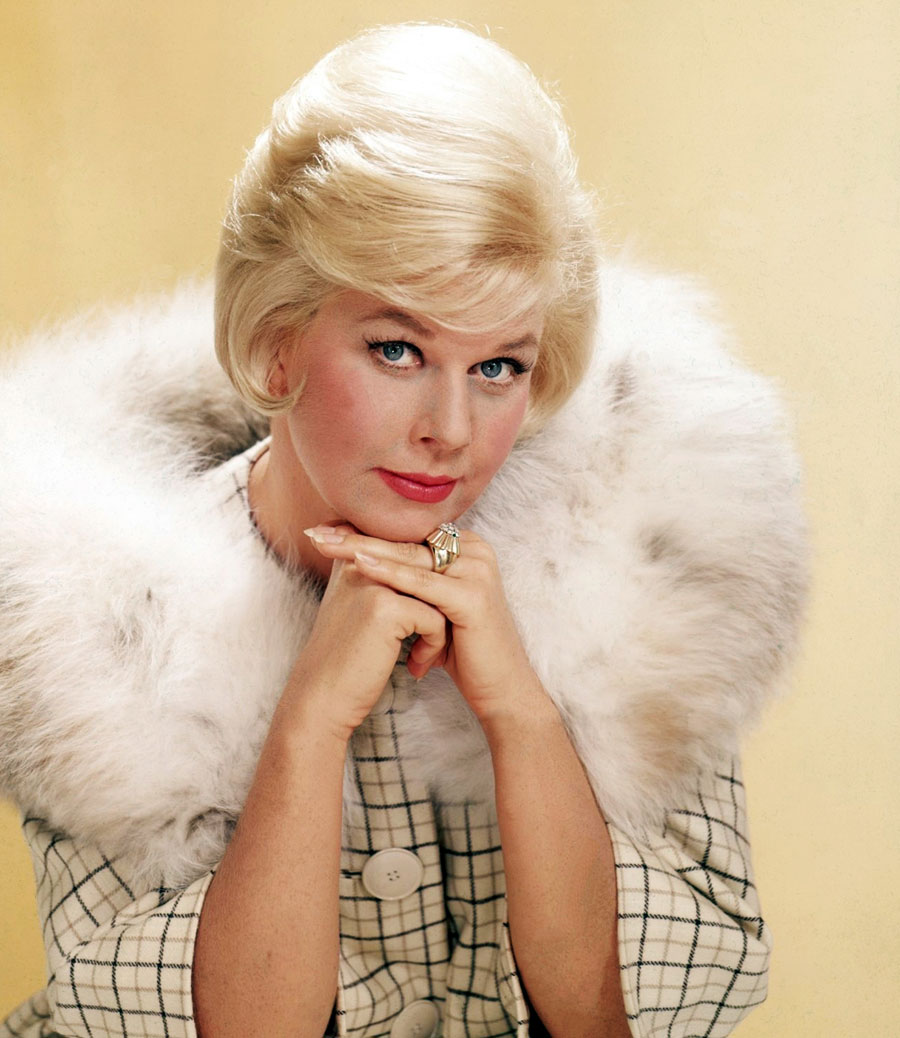 One of cinema’s most famous blond movie stars has died. Doris Day passed away this morning at her home in Carmel, Calif., at the age of 97. The Doris Day Foundation issued a statement that read in part, “Day had been in excellent physical health for her age, until recently contracting a serious case of pneumonia , resulting in her death.  She was surrounded by a few close friends as she passed.”

Day was born Mary Ann Von Kappelhoff, on April 3, 1922, in Cincinnati, Ohio.  Day’s life’s work – music, films, and animal advocacy – comprise an enduring legacy. She began her professional singing career at age 15, and she had her first hit, “Sentimental Journey,” with Les Brown’s band. That tune and her signature “Que Sera Sera” were her biggest hits.

Her sultry jazz vocals were in contrast to the bubbly blond girl-next-door she played so well in many of her 39 films including romantic comedies opposite Rock Hudson, Pillow Talk, Send Me No Flowers and Lover Come Back, and That Touch of Mink with Cary Grant. Day also took her place as one in film history as a Hitchcock blond opposite James Stewart in The Man Who Knew Too Much. In each of these films her vocal skills were used  either romantically or to chilling affect in the Hitchcock role.

Day also had a hit television series, The Doris Day Show, before she officially retired from acting in 1973.

While dismissed at the time as a “goody two-shoes,” recent writings cite Day’s leading ladies as being modern for the time because she often played career women whose jobs were not a means to an end – that end being a husband – but as something as fulfilling as marriage and motherhood. These were not commonly accepted beliefs in the 1950s and 1960s – Day’s heyday – but she made them palatable to mainstream audiences.

Day was a passionate animal rights advocate and once she stepped out of the limelight, she focused her energies on the Doris Day Animal Foundation. She fought animal testing and advocated for spay/neuter education and outreach programs in the U.S.  According to her foundation, her early Spay Day program had become an international event, with World Spay Day providing thousands of free or reduced-cost spay and neuter surgeries in 75 countries.  The Doris Day Animal Foundation continues to provide support to smaller rescue organizations nationwide, with a special focus on those assisting senior pets.

The foundation also stated that Day requested no funeral or memorial service and no grave marker. Fans are encouraged to visit The Doris Day Animal Foundation.