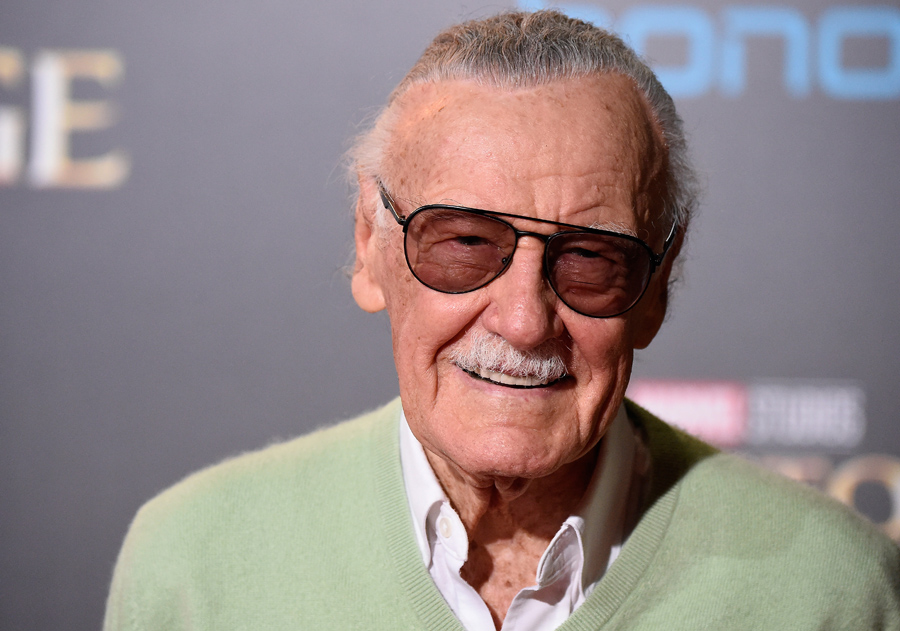 The sad story of the Stan Lee elder abuse saga continued on Monday when Keya Morgan, a 42-year-old memorabilia dealer who also served as the business manager for the Marvel Comics legend, was charged with five counts of elder abuse in Los Angeles. The city’s superior court issued the arrest warrant and, according to the Guardian, the charges include false imprisonment, forgery and fraud that stems from a June 2018 filing of a restraining order against Morgan by Lee’s attorney. Lee passed away in November of last year at age 95.

Similar accusations against Morgan date back to April 2018, when a blockbuster Hollywood Reporter investigation revealed Lee, who created legendary heroes from Spider-Man to Black Panther to the Avengers, was the victim of elder abuse. At the time, various people in Lee’s inner circle, including his then-67-year-old daughter, J.C., and Morgan himself, were accused of attempting to gain power over the 95-year-old and his business empire following the death of his wife Joan in 2017.

Morgan temporarily won that battle and, along with J.C., reportedly began, “‘consolidating their power over Lee,’ going so far as to change his telephone number and monitor his emails, restrict his trusted assistant of 25 years to infrequent, supervised visits, fire long-time staff at his home and replace his accountant and lawyer.” Eventually, however, Lee’s lawyer Tom Lallas was appointed the comic legend’s guardian by a Los Angeles court.

At the time, Lassas had grown increasingly concerned for Lee’s well-being, claiming Morgan has kept friends and loved ones from contacting him while moving him “from his family home into an unfamiliar environment without notifying relatives of his whereabouts.” Lallas added that, “Mr. Morgan has forced all of Mr. Lee’s staff, including nurses and security personnel, to sign non-disclosure agreements. These agreements have prevented staff from sharing their concerns on behalf of Mr. Lee.”

Variety reported that, on May 30, “police and adult protective services officers were called to Lee’s home … Morgan arrived while the detectives were there, and made a 911 call claiming that three unidentified subjects had broken into the home.” The story adds that Morgan made a second false 911 call the following day.

The Hollywood Reporter notes that Morgan was subsequently arrested on suspicion of filing a false police report and released on $20,000 bond while Lallas was made Lee’s court-appointed guardian. In mid-June, 2018, Lee served Morgan with the temporary restraining order but, as the BBC notes, it “had been rejected after … Lallas was accused of acting without Lee’s consent.”

Around that same time, Lee had also taken to Twitter to declare that “My only partner and business manager is @KeyaMorgan not all the other people making false claims.”

Such declarations of trust — particularly those filmed and released via social media — often raised more questions than answers, particularly in instances like this when the person accused of elder abuse, in this case Morgan, was also the person filming the videos.

A police report filed in late 2017 notes that, during a police interview with Lee that was initiated, ironically, by Morgan, “the detective found that Lee is influenced by Morgan.”

Morgan has yet to comment on these most recent charges, but has always maintained his innocence.