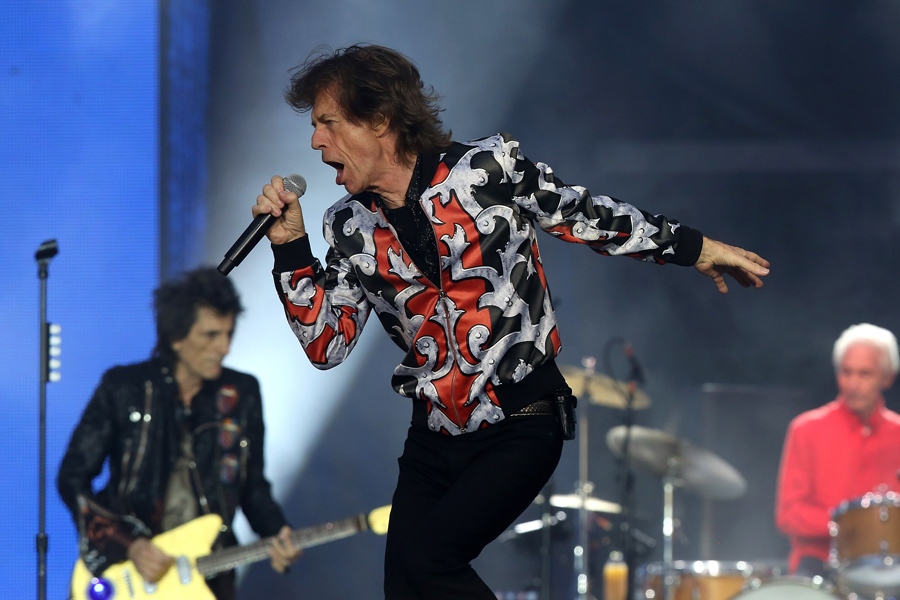 The Rolling Stones sing about sympathy for the devil, but there’s no sympathy necessary for the band’s frontman Mick Jagger following heart valve replacement surgery just a few weeks ago.

On Wednesday morning the 75-year-old tweeted a video of himself busting some moves in a dance studio, brushing off any stage rust and getting down like the Jagger of old.

Did we mention he’s 75 and just weeks removed from heart surgery?

Granted, Jagger, the famously fit son of a physical education teacher, is known to watch what he eats. One story from March of this year noted that Jagger “primarily [eats] fresh fruit and veg, whole grains, legumes, chicken and fish … [and] has eaten organic food for years” while adding that he “works out for three hours a day, six days a week … also performs ballet, weight training, pilates, jogging and dynamic stretching, ensuring he maintains maximum flexibility.”

Still, despite the diet and exercise, Jagger is no ordinary septuagenarian. For starters, he fathered his fifth child in 2016 at age 73 — a son named Deveraux Octavian Basil Jagger who, as Zoomer noted at the time, is “younger than the singer’s great-granddaughter.” And far from planning his retirement, he and his Rolling Stones mates still tour to sold out arenas and massive profits. According to Forbes magazine, the band landed on the list of top 10 highest-grossing tours of 2018 and “was able to earn more than $117 million from just 14 concerts, which means the group’s per-show average is much higher than many other names.”

RELATED: How The Rolling Stones Continue to Keep the Beat for the Boomer Generation

The Stones, of course, had to put their 2019 tour dates, including their only Canadian stop, at Burl’s Creek Event Grounds in Oro-Medonte, Ont., on hold for Jagger’s surgery, but recently announced that they’re planning to get back on the road in July. New tour dates are expected soon. And at the beginning of the year, Jagger tweeted a video of himself performing with the caption: “2019 – all about writing, recording….and a tour!”

So make no mistake about it — Mick Jagger and the Rolling Stones aren’t going away any time soon. And for a rock star who once said that, “I’d rather be dead than singing ‘Satisfaction’ when I’m forty-five,” the ability to be dancing and performing 30 years on from that age — and after heart surgery no less — has, ironically, got to bring Jagger some “satisfaction” indeed.