Betrayal, Democracy and an Unlikely King: Was GoT’s Finale Enough? 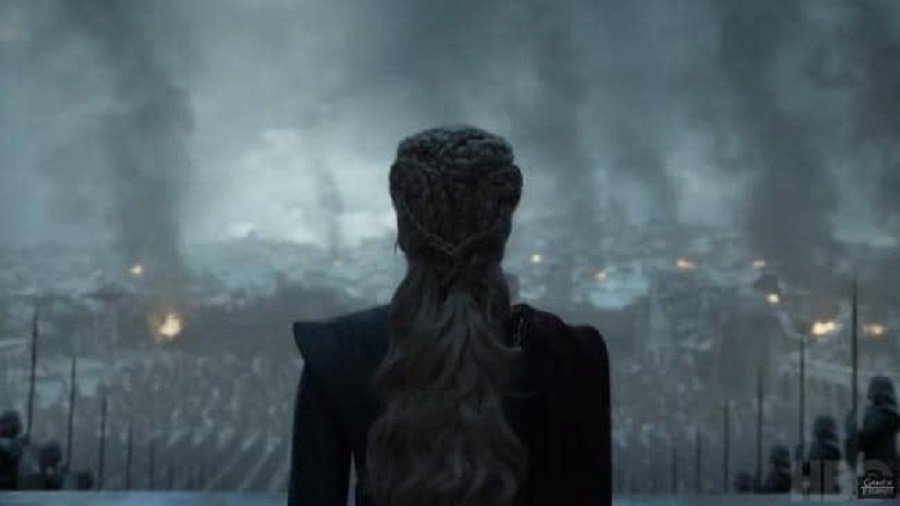 This article contains Game of Thrones spoilers from Season 8, Episode 6.

To paraphrase T.S. Eliot, this is the way Game of Thrones ends. Not with a bang, but with some early drama and a lot of sad goodbyes.

Actually, I could be describing the M*A*S*H finale here.

For comparison purposes, fans have tended to gravitate toward (and maybe expect) Breaking Bad’s violent and cathartic ending, mainly because of Daenerys Targaryen’s apparent evolution from sweet-young-thing to dragon-wielding murderous anti-heroine.

But narratively, this finish to eight seasons of squabbling and battle over the Iron Throne has more in common with that Boomer/Gen X flashpoint wherein we said goodbye to Hawkeye and Radar.

Narratively, there were only two orders of business following last week’s Dresden-like incineration of King’s Landing by Dani, over the bells of surrender and over the desperate pleas of her “Hand” Tyrion Lannister and her nephew/erstwhile-lover Jon Snow for her to show mercy.

One was how to deal with the she-tyrant, and the other, in that event, was to select a new king. Hands up if you had Bran Stark in the pool (me neither).

I have to admit, I was surprised the get-rid-of-Khaleesi part of the program was so terse. It didn’t start out that way. A magnificent scene of Daenerys addressing her followers amid the ruins suggested it might have been shot by Hitler’s documentarian Leni Reifenstahl, the troops in absolute order, the pounding of their weapons on the ground mimicking the sound of goose-step marching. Her deranged message: “There’s a whole world out there waiting to be liberated by us.”

And when Jon Snow’s men and Grey Worm’s soldiers of the Unsullied pointed spears at each other over the summary killings in the streets of Cercei Lannister’s defeated soldiers, it suggested there was one more battle left to go.

But no. Jon Snow, being granted tacit access to Queen Daenerys by the dragon Drogon, ended up in private with the madly-gleaming-eyed monarch, encouraging her still-active romantic feelings, listening as she repeated her offer to have him rule by her side.

And then, with the words, “You are my Queen, now and always,” he stabbed and killed her.

Though the grief-stricken dragon let him live, it punctuated the end of Jon Snow’s presumed claim to the Iron Throne – by melting said chair, composed of a thousand swords. And then it grabbed Dany gently and flew off with her body.

Thus, did Jon Snow end up in prison for regicide, though his eventual release seemed obvious. And thus, did the last 45 minutes of the 80-minute finale unfold without any sense of urgency whatsoever, but with a series of where-do-they-go-from-here moments.

The episode was directed by series creators D.B. Weiss and David Benioff, reportedly from notes George R.R. Martin gave them of his own planned novel-series ending (which has yet to be written). Undoubtedly, it will include ruminations on governance, since that soon took over the story, with ad hoc groups of nobles trying to ascertain whether to devote their resources to replacing the Iron Fleet or repairing the city’s damaged brothels. (Priorities, people).

Ultimately, a council of highborn and lowborn, including Tyrion, Brienne, Sam, Davos, Yara Greyjoy and Gendry, gathered under Grey Worm’s glowering eye to decide what to do about Jon Snow, and how to choose a successor.

The case for Bran, courtesy of Tyrion’s oratory, included both his mystical abilities to see the past and future (handy for any monarch), and his disability, which makes him incapable of producing an heir, meaning future kings will have to be similarly voted in.

(Or not. I can easily foresee Bran dying young and some claimant to the throne citing bloodlines again. So, in effect, the council simply punted on that issue).

As for Jon Snow, he got off surprisingly light, renouncing the throne, and promising not to produce heirs, effectively agreeing to live as a non-person. The series’ final shot, however, showed Jon marching north, followed by a group of free men (including his number one fan Tormund) whose loyalty was not apparently based on a throne or blood.

So, we know not where Jon Snow, and whoever all is following him, are headed. Nor do we know where Arya Stark (my preferred choice for Queen) will end up – only that it will be, “West of Westeros.”

And in a series that has brutalized all its main female characters (ending with Dany and Cercei dead and Arya cheated out of her revenge), at least one, Sansa Stark, finally has her happy ending, as Queen of an independent North. (Meaning Bran is king of the Six Kingdoms instead of Seven).

So we’re left with a sort of constitutional monarchy, a civics lesson and an evolution of the Six Kingdoms towards democracy (though there is outright sneering at Sam’s suggestion that, “maybe the decision of what’s best for everyone should be given to, well, everyone.”)

I’m sure those democratic urges won’t apply to the fans who’ve been circulating an online petition to rewrite this whole season. Nor should it. The show-runners have a right to end the series any way they see fit.

In the words of Marge Simpson, “It’s an ending. That’s enough.”