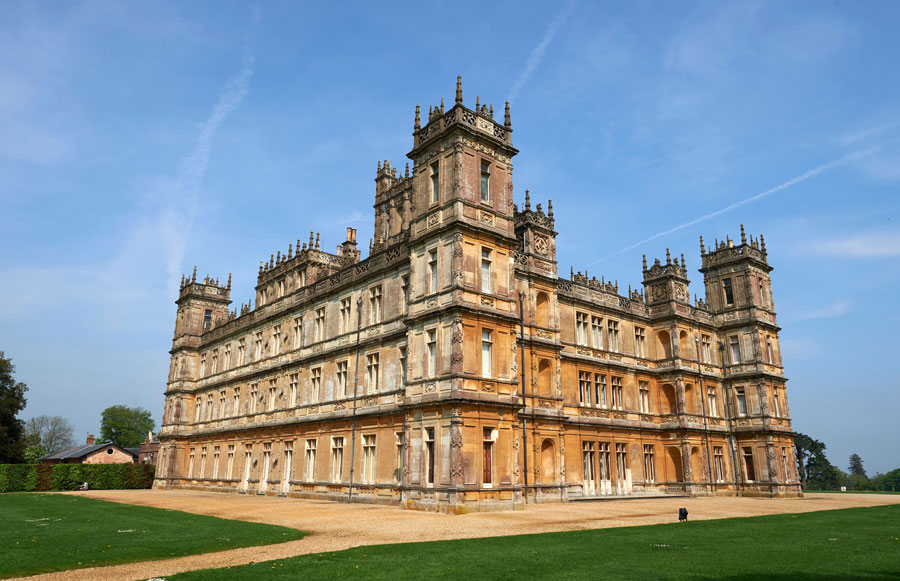 The newly released trailer for Downton Abbey shows all our favourite characters from the beloved PBS series.

It’s 1927, and the modern world is catching up with the Crawleys. “No maid, no valet, no nanny even?” says Lord Grantham (Hugh Bonneville), as he greets his daughter, Lady Edith Crawley (Laura Carmichael), on her arrival to her childhood home, Downton Abbey, with her husband and daughter, Marigold, in tow. This is just a snippet from the movie’s official trailer – and a hint at the winds of change to come.

But what’s really got the Edwardian manor buzzing is a surprise visit from His Majesty King George and Mary, his Queen. That’s it then, we must ask Carson, the head butler, master of running the house, and Lady Mary’s chief cheerleader, to make his return. Julian Fellowes, also the writer of the hit television series from which he adapted the film, has managed to reunite the whole cast for the outing (the King is coming, after all!) and, based on the trailer, he’s infused his script with the usual romance (including we-love-to-hate butler Thomas Barrow kissing another man) along with the ominous, “will Downton survive the modern era” spectre that Lady Mary seems to be facing.

Sweeping shots of the exteriors and interiors of Highclere Castle, aka Downton Abbey, witnessing the house being white-gloved polished and perfected and the piano soundtrack that rumour has it, even taxi drivers put on the car radio when driving visitors and tourists up to the castle to help set the mood. There’s a bit of frisson for the future mixed with the familiar old faithful.

There’s plenty of caustic wit, amply provided by Maggie Smith as Violet, the Dowager Countess, along with her foil, Isobel Crawley (Penelope Wilton) taking the barbs and running with them. Famous for asking the now late Matthew Crawley, “What’s a weekend?” Violet’s still at the top of her game: “Will you have enough clichés to get you through the visit?” she asks Isobel. Don’t worry, Violet, the weekend will come soon enough.

Downton Abbey is coming to the big screen on September 20.