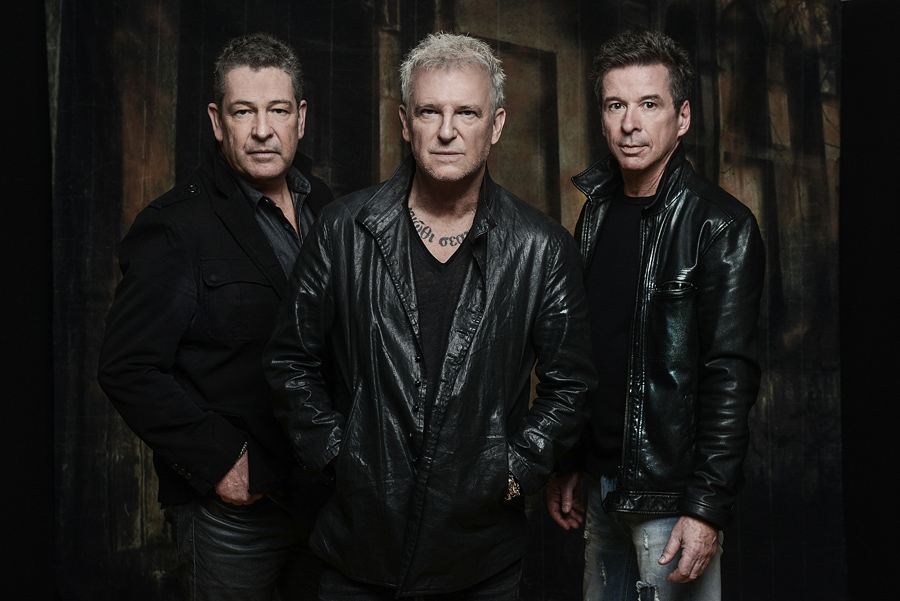 The world was a vastly different place back in 1991. The internet first became commercially available, Canada introduced GST, the Soviet Union fell and City Slickers kept people howling in movie theatres across the country.

The year 1991 is also the last year legendary Canadian band Glass Tiger released an album of original songs. Until now.

Twenty-eight years later, the multi-platinum, Juno-winning rockers are back with Thirty Three, an album of all new tunes including the single, “This Is Your Life” that’s available now.

“Basically, at this point in our career, we measure everything by numbers,” Sam Reid, 55, founding Glass Tiger member and keyboardist said during a recent interview with Zoomer. “So Thirty Three represents the number of years since we released the first album Thin Red Line. We’ve actually been together more than 33 but we’re kind of using the albums as our marker.”

And not only is the band dropping a disc but, beginning on May 31, they’re heading back out on the road, embarking on a cross-Canada tour with recent Zoomer cover subject Corey Hart.

Yes, Corey Hart and Glass Tiger on tour. It really does feel like 1991 again.

Ahead of the tour, Reid spoke with Zoomer about Thirty Three, hitting the road and even more new Glass Tiger music to come!

MIKE CRISOLAGO: It’s been 28 years since Glass Tiger released an album of new music. How does it feel to be doing that again?

SAM REID: It’s a great feeling. We found out about the Corey Hart tour [and] we all said, as a band, “We need to give the fans something new. We cannot go across Canada without some new songs.” So we just put a bit of fire under our butts and decided we’d get an EP going. We’re delighted finally to give the fans … new songs. MC: So when you release new music after 28 years, do you feel pressure to live up to Glass Tiger’s reputation?

SR: I don’t think so. There’s a lot of care and a lot of love went into these tracks and we’re really happy with it and that’s the best that we can do is to really just be happy with what we feel represents the band and the people that we are 33 years into this game. So far the feedback from the fans has been very positive, which, of course, is a delight. You hope for that.

MC: When you’re writing songs now, 33 years into the game, does the inspiration for what you write come from a different place than it did back in the 1980s and 1990s?

SR: Song-writing for us hasn’t really changed that much. We’ve obviously grown up … so that in itself is going to mean you write differently, you’re influenced differently, your view of the world is different when you go through 33 years. So I think that’s really the only thing that’s changed is that we’ve now matured as people. There are a few songs on this album that I sat down and when I saw the lyrics I said ‘Wow, we’ve earned the right to play that.” That’s not something we would’ve done in our 20s and that’s just maturity.

MC: And with the single, “This Is Your Life,” its themes include positivity and love. What does that song mean to you and why is it important for the band to put a positive message like that into the world?

SR: The songs that have resonated with our fans — “Someday,” “Don’t Forget Me,” “You’re What I Look For,” “I’m Still Searching,” “My Town” — all have really positive messages and they’re heartwarming and I think that’s a thread that’s always been through our music. “This Is Your Life” I think continues that theme that we’ve always done where it’s generally positive. Now it is a reflection, of course, of our maturity if you listen to the lyrics. It’s loving life and also just enjoying when you surround yourself, especially as you get older, with people that make you happy and you feel good. You start counting days when you get into your 50s and you go “I’m not wasting any here. I’m going to do positive things that I enjoy doing.”

MC: Speaking of things you enjoy doing, you’re going out on a cross-Canada tour with Corey Hart in 2019? What are the biggest differences as far as your touring experiences now as compared to 20 or 30 years ago?

SR: Well, your ritual and your regimen off stage is more important than when you’re in your 20s. We lived pretty much most of our lives on the road, in a bus, in planes and as you get a little older you just have to be a little more careful about getting proper rest and things because you don’t have the same resilience that you had when you were in your 20s. Especially with singers, you’ve got to keep healthy … you’ve got to look after yourself when you get older if you want to keep doing what you love doing. You need your mobility, you need your health, otherwise you’re kind of done.

MC: What is your favourite thing about going on tour?

SR: It never gets old to see how different sections of Canada are. We’re starting on the east coast and my dad’s [from the east coast] so I love that, I have a strong connection. And the people there are just magnetic. And then you hit the prairies and it’s flat and it looks so different and then you’re into the Rockies and then you’re on the west coast. And it doesn’t get old to see that. Not everybody gets to spend their life examining where they live to such great detail. So that’s my biggest thing about the touring. And we’re doing a lot of this in a bus, which means that we see more. It’s a beautiful country. It’s a big country, so it’s a lot of miles, but that’s the highlight for us.

MC: Not to get ahead of ourselves but given the release of this album of new material, can fans look forward to more new Glass Tiger music in the future?

SR: Yeah. We’re talking in those terms because we have not finished writing music. We actually have a number of songs that are in semi states of completion and we’re driving our manager nuts because he’s like, you know “Take your time, make it 35.” But we’re really full — we want to be 34. So yeah, absolutely new music coming down the pipeline to follow up Thirty Three.

33 is available in stores and online now. Click here for tour information.