Harry and Meghan The Sequel Airs Tonight: How Much Is Too Much? 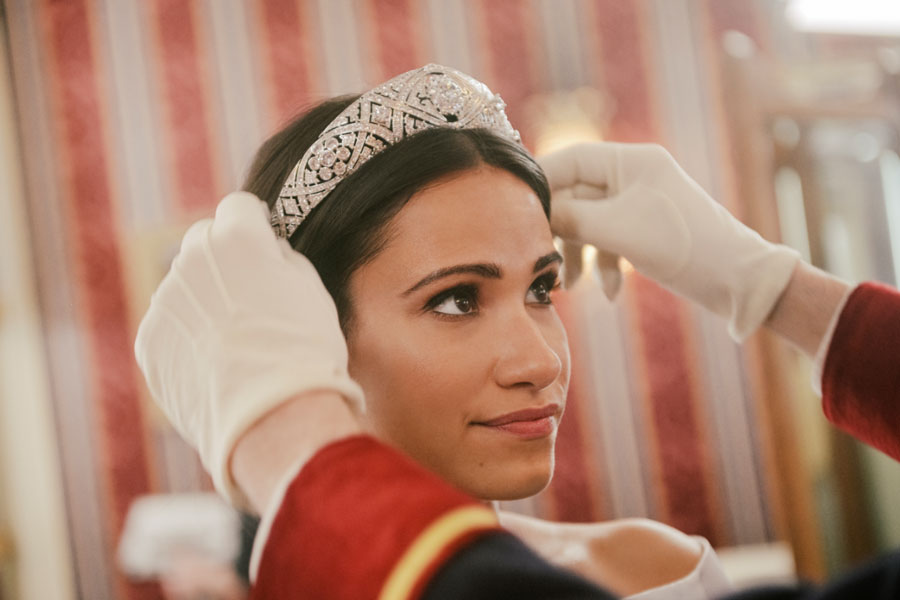 Harry and Meghan: Becoming Royal, a made-for-TV movie filmed in Vancouver airs Friday at 8 p.m. on W Network with new actors playing the Sussexes in their first year of marriage.

It’s a sequel to Harry and Meghan: A Royal Romance, which aired last year.

A sequel to the sequel is in the works for next year. Just kidding.

Haven’t we had enough Harry and Meghan? For fans of the royals, it seems there’s never enough.

And now there’s the infant Archie. The actual sequel to the sequel just has to be Harry and Meghan and Archie: A Royal Family.

You might think you already know everything about the Sussexes’ first year of marriage, the stressful run-up to their wedding, the tiff over the tiara, the feud with William and Kate, about how the courtiers call her Me-Gain, and how she’s a favourite of Prince Charles.

However, you probably didn’t know — and won’t find out from this sequel — that Harry and Meghan threw wild, all night parties on the grounds of Kensington Palace, according to a neighbour.

The backyard of the French ambassador’s residence looks right into the front of Nottingham cottage at Kensington Palace where the Sussexes lived until April.

“It is so quiet here now that Harry and Meghan have left,” complained a dismayed Jean-Pierre Jouyet in the U.K.-based Sun newspaper.

“They used to have fireworks, soirees that would go all night, friends and family coming and going. Now all we see and hear is the helicopters landing. It’s boring now.”

You also may not know — and won’t find out in the sequel — that the Duchess of Sussex is the 15th cousin 3 times removed to Sir Winston Churchill.

This dubious lineage reportedly comes through her father, the disappeared Thomas Markle.

The ex-father of the Duchess popped up again this week after Becoming Royal was broadcast on Monday in the U.S.

He offered a terse two-word review of the movie.

The former Hollywood lighting director was not pleased with how he was portrayed.

You may remember that  right up to the last minute the wedding plans were fraught with tension about whether Mr. Markle would make an appearance. He didn’t.

But he did pose for paparazzi pictures for an agreed upon sum and admits to hanging up on Harry who called to admonish him.

Hanging up on one’s prospective son-in-law is never a good idea, but when he’s the son of the heir to the British throne it could have been punished by beheading in days of yore, but these days the punishment seems to be merely banishment.

Mr. Markle wasn’t the only critic of the regal saga, part two.

Viewers who saw it in the U.S. last week were split, according to Newsweek which quoted a few:

“This movie felt contrived and no chemistry between Meghan and Harry. The movie last year was really good,” wrote stevenroberts-53999 on imdb.com.

“The actress playing Meghan is lovely, but the other movie was much more believable. Also, it seems to be a one-sided, pro-Meghan fluff piece. Even when they brought up the air fresheners, which is true, it made her seem innocent,” opined jentaulbee.

“Some parts are quite moving like her nightmare of a father and haters. A good portion of the dialogue is unlikely and sounds like platitudes. The quarrel is contrived.”

“William looks like the real one but the actress who plays the Queen is too big and doesn’t act like the Queen,” wrote phd_travel.

Another viewer wondered how the writers of Becoming Royal knew exactly what the couple said to each other and how Meghan told Harry she was pregnant.

“Did they interview them or guessing?” wondered Brandy Smythe.

“I doubt even half of this is accurate,” wrote a Twitter user named Tam. “For entertainment purposes mainly.”

Tam, whoever you are, you got it right.

Watch the preview for Becoming Royal below: