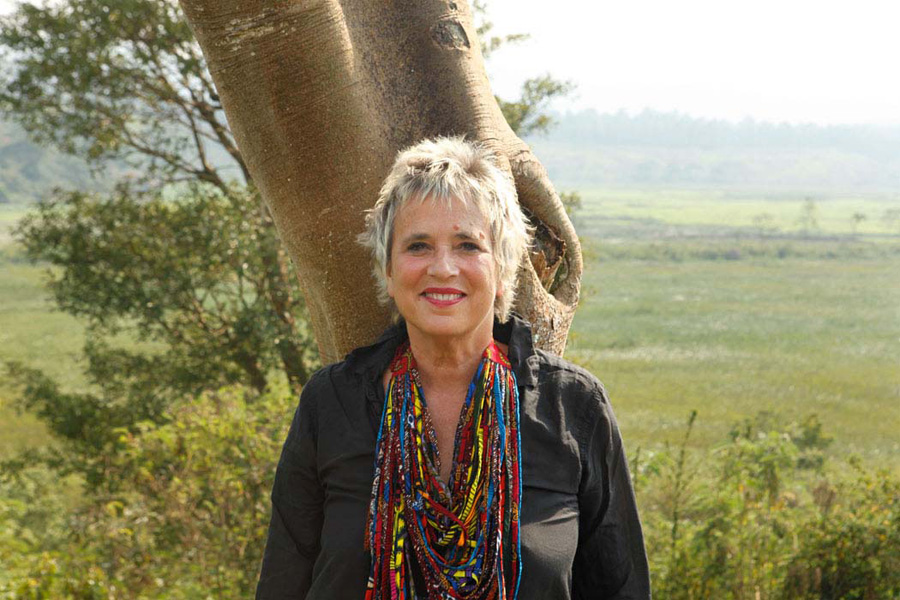 Like her award-winning play, The Vagina Monologues, the new book from Eve Ensler, The Apology, is also a monologue.

It’s 117 pages written in the voice of her late father who was sexually abusive from the time she was five and then also physically and verbally abusive. The Apology is his acknowledgement of what he did to her and the words she longed to hear but never did: “I am sorry.”

In her introduction, the 66-year-old writes, “I am done waiting. My father is long dead. He will never say the words to me. He will never make the apology. So it must be imagined.”

Speaking about her powerful book during a promotional appearance in Toronto this week, Ensler called it, “very vulnerable-making but also freeing.” She’s found that “people are really interested in discovering what an apology is and why it’s important.” A feminist and activist who founded V-Day — a global activism movement to end violence against women and girls, observed each year on February 14th — she also says, “I never heard a man make a thorough apology. For a man to be an apologist is to be a traitor to the patriarchy.”

Ensler wrote the book “in four months, nonstop. It flowed. It was amazing the way he showed up. I just gave him a structure.” All of it was already inside her, an “internal dialogue.”

When someone commits violence and rape and battery, she says, “They enter you and your life gets framed with that.” She also says that, “I don’t know if I was ready to receive an apology earlier. I try not to have regrets. I feel like my father’s gone. End of story.”

She thinks, “in some ways, things have changed. Women are telling their stories and in the past they couldn’t talk about violence.” On the other hand, however, “We have a predator-in-chief in the White House and reactionary abortion laws in conservative states.

“I feel like the patriarchy is some terrible virus and when conditions are right it comes back full force and we’re in the midst of a horrible outbreak right now.”

What’s necessary, she believes, is to “get to the roots of patriarchy and why men are doing what they’re doing.” But she also bemoans “the lack of apology, acknowledgement, accountability.

“We’ve done the work, we’ve broken the silence. It was never our issue. We don’t rape ourselves. If men are serious about ending violence, they have to do the brave work and to apologize.”

The Apology is available in stores and online now. And, for more stories and author interviews, visit the Zed: Book Club.