Hugh Grant, 58, Says He’s “Too Old and Ugly and Fat” to Still Star in Romantic Comedies 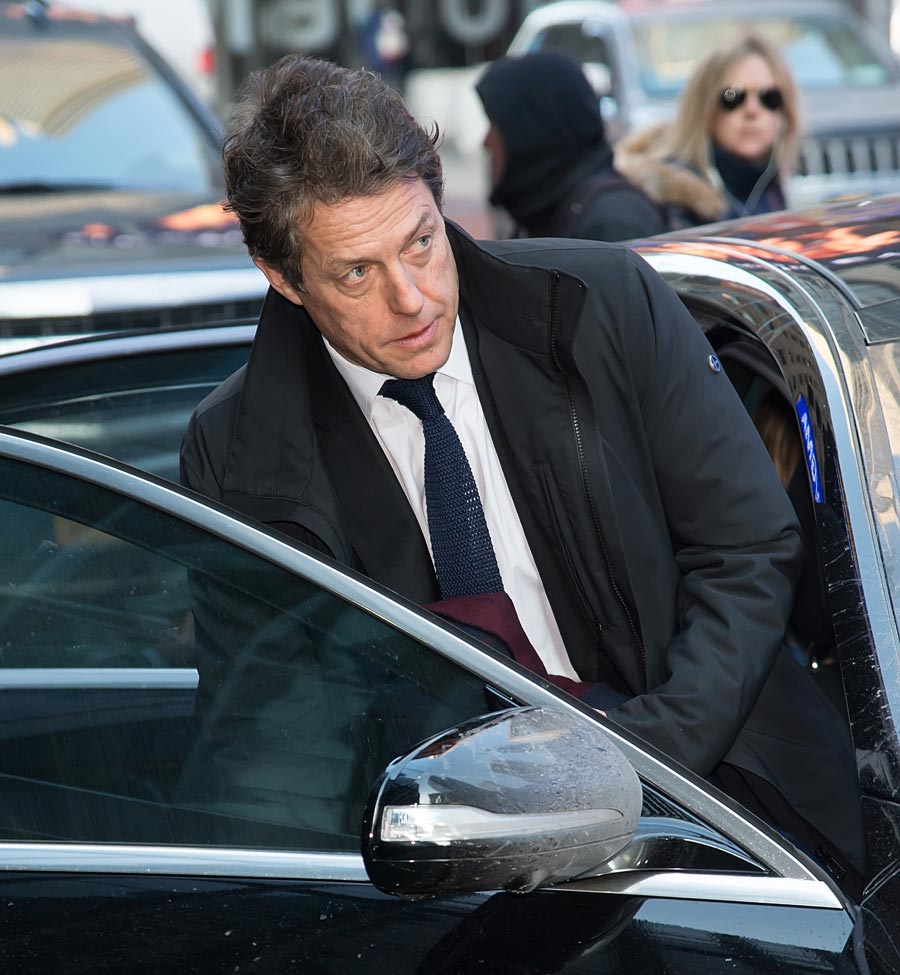 Hugh Grant, 58, thinks he’s too old to play the romantic lead in a rom-com and doesn’t plan to reprise his falling-in-love role on film.

That’s what he told The Hollywood Reporter.

What he actually said was that he was too “old and ugly and fat” to play a romantic lead.

He also said that playing the lover in 15 rom-coms left him feeling inferior. Since giving up the genre, he’s starting to feel less inferior, he said.

The much loved (but reviled by some) Love, Actually hit the screens in 2003 and Four Weddings and a Funeral is 25 years old.

For the last few years, Grant has turned to television.

“Now I’ve done other things and I’ve got marginally less self-hatred,” he said.

Grant’s persona, on screen and off, has always been self-deprecating. It’s part of his charm.

But c’mon — self-hatred? Too ugly?

He’s gotta be joking — and probably is.

Sure, he may be bored with playing himself over and over again.

But, hey, that’s no reason to suggest that people in their late 50s are over the hill, out of the game and undesirable when it comes to romance.

What men of 58 are too old for on screen in rom-coms are playing opposite ingenues.

Fred Astaire was a year older than Grant is now when Funny Face was released in 1958. His co-star Audrey Hepburn was 28, a mere 30 years younger.

Cary Grant was 59 when Charade came out; Audrey Hepburn was 40.

And, wait for it, Astaire was in his mid-50s when he made Daddy Long Legs with Leslie Caron who was 21 in the film (and 24 in real life). The film begins with Astaire playing a millionaire who is attracted to Caron’s character when she’s 13 but considerately waits until she grows up.

Nothing like a hint of pedophilia to kickstart the plot and get the juices flowing.

The truth is, Fred Astaire was way too old and ugly to be playing that role opposite the virginal ingenue. I remember thinking that exact thought watching the movie from the point of view of, well, a virginal ingenue.

But now, from a postmenopausal point of view, I think 58-year-old Hugh Grant is neither too old nor too ugly nor too fat (whatever that’s supposed to mean in this context) and is just dandy as the desirable man in a rom-com. Just as long as the desirable woman in said rom-com is also 58 — or thereabouts.