Original Recordings by Joni Mitchell, Aretha Franklin and Others Destroyed in Fire 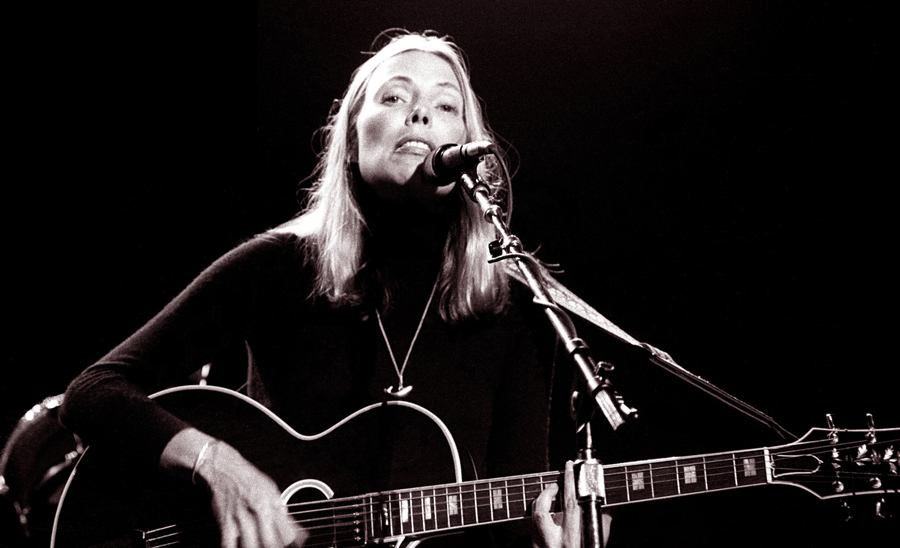 On June 1, 2008, a fire at Universal Studios Hollywood destroyed hundreds of thousands of master recordings from the Universal Music Group (UMG) collection — including original master recordings by artists ranging from Aretha Franklin to Elton John to Joni Mitchell — according to an investigation published Tuesday by the New York Times Magazine. The destruction of the music, however, was reportedly hidden from the public at the time and it’s only now that the historical importance of the lost master recordings are being brought to light.

According to the investigation, important recordings and masters from a huge number of artists are believed to have been lost in the fire — artists whose music spans generations and genres and represent some of the most influential and important works in modern musical history. Those recordings include, “the masters of some of Aretha Franklin’s first appearances on record … Almost of all of Buddy Holly’s masters were lost, as were most of John Coltrane’s masters in the Impulse Records collection. The fire also claimed numerous hit singles, likely including Bill Haley and His Comets’ ‘Rock Around the Clock,’ Etta James’s ‘At Last’ and the Kingsmen’s ‘Louie Louie.’”

The loss of master recordings of so many seminal artists is devastating because a master recording is the original, purest and most unvarnished version of an individual piece of music or song. The New York Times notes they’re “the source from which other vinyl records, CDs, MP3s and all other recordings are made.” And just as when you make a copy of a copy of a copy, none is ever as perfect or authentic as the original master.

THE FIRE AND THE MEDIA FALLOUT

The actual fire that destroyed the recordings broke out at Universal Studios Hollywood “on the set of New England Street, a group of colonial-style buildings used in scenes for movies and television shows,” according to the New York Times. The publication adds that the fire occurred after maintenance workers”followed protocol” in using blowtorches to make repairs to one of the buildings. Still, after they’d completed their work a fire erupted and “flames eventually reached Building 6197, known as the video vault, which housed videotapes, film reels and, crucially, a library of master sound recordings owned by Universal Music Group.”

The investigation piece notes that, while the fire made headlines, “officials at UMG’s global headquarters in Santa Monica, Calif., and in New York scrambled to spin and contain press coverage.” Calling it “a triumph of crisis management,” the story describes how UMG controlled the narrative about the fire and what exactly was destroyed. According to insiders interviewed for the piece, it’s likely because UMG wanted to avoid “public embarrassment” and was “especially concerned about repercussions with the artists, and the estates of artists, whose recordings were destroyed.”

As such, they managed to get their version of the events reported in major news outlets like The New York Times and The Los Angeles Times and made misleading statements about how copies of master recordings — not the masters themselves — were destroyed. And when they did acknowledge master recordings being destroyed, the company used, as examples, the names of relatively obscure artists, “names [that] may have been cherry-picked by UMG in an effort to downplay the gravity of the loss.”

In internal UMG emails obtained by the New York Times Magazine, a UMG spokesperson described his dealings with the press, boasting that, “We stuck to the script about [having] physical backups and digital copies,” of any recordings lost. But as the investigation notes, “the claim about digital backups, which was reported by other news outlets, also seems to have been misleading.”

That’s because, while UMG had started what they called “The Preservation Project” to digitize its music, “company documents, and testimony given by UMG officials in legal proceedings, make clear that the project was modest; records show that at the time of the fire approximately 12,000 tapes, mostly analog multi-tracks visibly at risk of deterioration, had been transferred to digital storage formats.”

To make matters worse, the few masters that UMG had digitized weren’t even involved in the fire but stored in a different vault in Pennsylvania, meaning their safety was a moot point. Or, as the investigation puts it, “The company’s sweeping assurance that ‘the music’ had been digitized appears to have been pure spin.”

Of course, while UMG would publicly disagree with the investigation’s assertion that the fire, “was the biggest disaster in the history of the music business,” the company does seem to understand the gravity of the situation.

The investigation includes text from an internal UMG document from 2009, in which it admits that, “The West Coast Vault perished, in its entirety … Lost in the fire was, undoubtedly, a huge musical heritage.”

Remembering Aretha Franklin: The Life and Times of the Queen of Soul

Book Club — “Joni Mitchell: In Her Own Words”

Joni Mitchell is an Open Book for Journalist Malka Marom