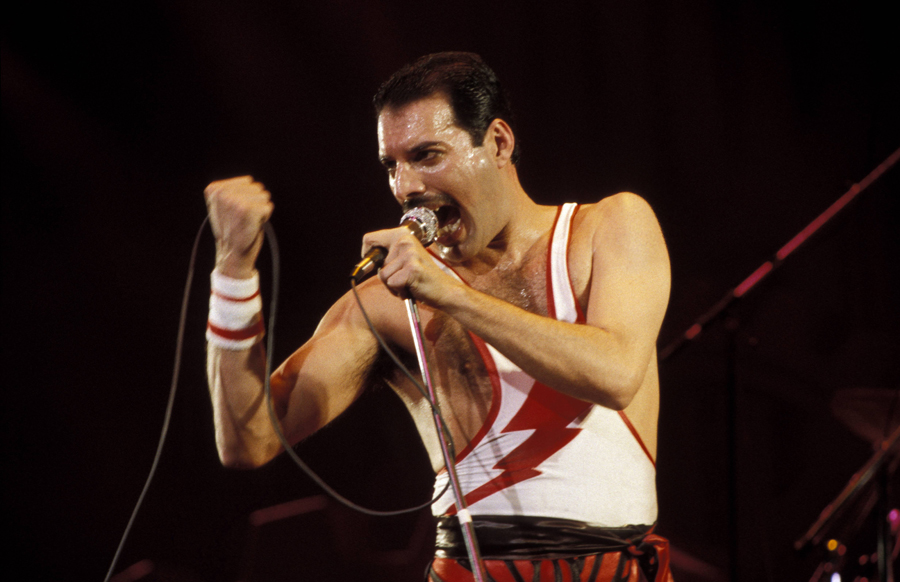 Time waits for no one, it seems, except Freddie Mercury.

Which is good news, of course, for those of us revelling in the recent “Fred-aissance” — the resurgence of Mercury’s music and popularity nearly three decades after the Queen frontman’s passing.

It began last year when Bohemian Rhapsody, the big screen musical about his life and music with Queen, proved a box office boon while scoring four Academy Awards, including Best Actor for Rami Malek who played Mercury. And now the singer is back in the spotlight with a stripped-down version of the song “Time,” the title track to the 1986 Dave Clark stage musical that Mercury originally recorded back in December, 1985.

Clark, famously known as the founder and drummer of the band the Dave Clark Five, co-wrote and produced the original tune. For this new version, he removed all the instrumentation except for the piano to allow Mercury’s vocals to soar. As Rolling Stone noted, “When Mercury’s recording of ‘Time’ … came out on the soundtrack for the musical, it was schmaltzy and heavily produced with thick layers of backing vocals and heavy drums … Now Clark has stripped the song down to the way he originally heard it.”

The new version is called “Time Waits for No One” and features vintage Freddie Mercury at the height of his talents, a recording made mere months after his famed Live Aid performance with Queen. It captures all the drama, power and raw emotion that landed the singer atop the list of greatest rock vocalists ever.

Clark also explained to Rolling Stone that he purposely didn’t release the new version of the song last year in conjunction with Bohemian Rhapsody, even though it was ready, to avoid the perception that he was riding the coattails of the film.

“We’ve been trying to do this for a decade or so,” he told the magazine. “The movie’s been off and on, no disrespect, for over a decade, and I decided it would be wrong to bring it out before the film or during it, so I waited.”

Also released, along with the music video, is a short interview that Clark did with Mercury about the song back in 1986 (see below). “Every take is like a performance in front of an audience of thousands,” Clark said then. “It’s a magic performance.”

In the video Clark describes how, upon meeting Mercury, he pitched the tone and tenor he wanted for the song.

“I’m a great lover of people like Edith Piaf … and Jennifer Holliday. And I’ll always remember when we first met, [Mercury] said, ‘How can I do this song?’ And I said to him, ‘I want a cross between Edith Piaf, Jennifer Holliday and Shirley Bassey.’”

Freddie Mercury then interjects. “And I said, ‘David, I have all their dresses. I can do it perfectly.’”