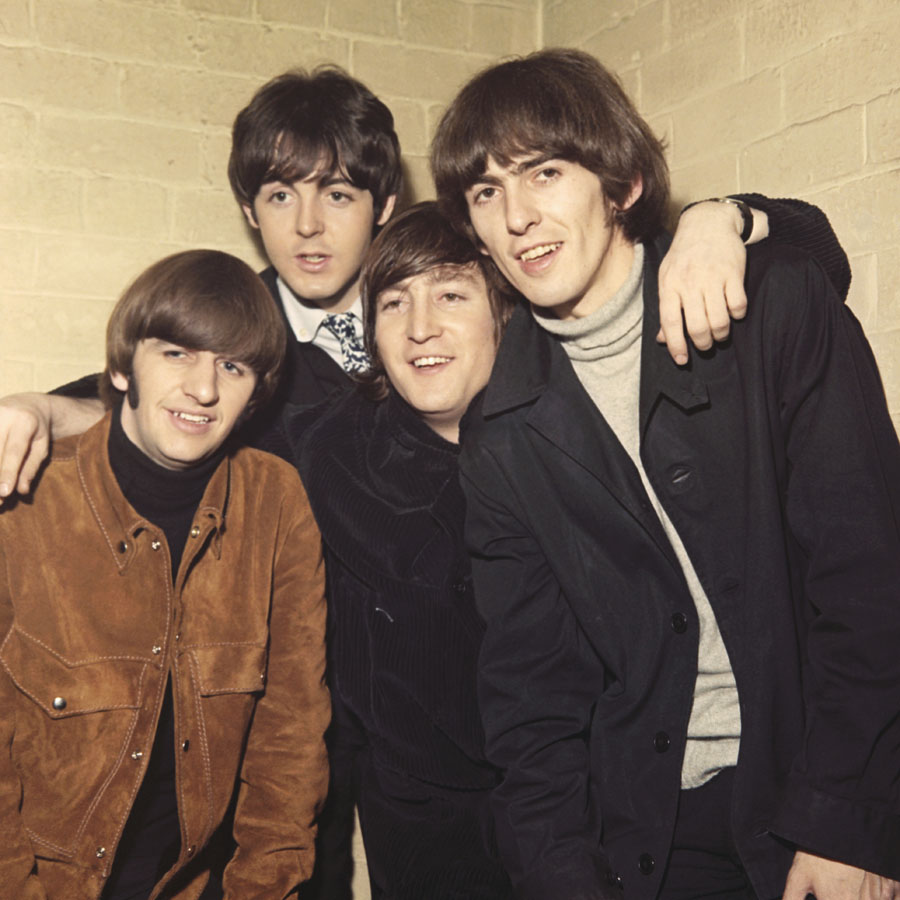 The Beatles pose for a portrait in circa 1965. Photo: Michael Ochs Archives/Getty Images

The Summer of Love unofficially kicked off on June 25, 1967 with a worldwide satellite feed of The Beatles playing “All You Need Is Love” live on the BBC’s Our World and beamed via satellite to 400 million viewers worldwide.

The event later reportedly turned into one hell of a party, with performance participants that included various Rolling Stones, including Mick and Keith, Eric Clapton, Graham Nash of The Hollies (and later Crosby, Stills & Nash), Keith Moon of The Who and Marianne Faithfull.

The date, June 25, is still commemorated today by Global Beatles Day, an event the organizers caution, “is not intended to be a consumerist holiday, nor a day of ‘fandom.’ It is about the messages that, ‘float downstream’ in the Beatles’ music and lyrics.”

So, with that, let’s just think — with varying degrees of depth — about some things the Beatles said, and what they meant.

1. We start, of course, with “all you need is love,” which is technically not true. You also need food, water and shelter. But love and empathy does seem in short supply these days. There’s a meanness in the air that sneers at compassion as, “virtue signaling,” and which suggests to me that Summer of Love 2.0 is a half-century overdue.

2. “I don’t know why you say goodbye when I say hello” from “Hello, Goodbye.” I don’t know either, but I’m going to say this relationship is a non-starter. Time to move on. And speaking of moving on…

3. “Love has a nasty habit of disappearing overnight” from “I’m Looking Through You”, Paul McCartney’s clear-eyed song about the end of his five-year relationship with Jane Asher. These days, millennials break up over texts. A few artists, though, like Taylor Swift, still hew to the Beatles’ tradition and do it in song.

4. Hunting is bad. Particularly when you’re staying at an ashram. “The Continuing Story of Bungalow Bill”, off The Beatles’ White Album, was a shot at a rich American kid named Richard A. Cooke III, who stayed at the Maharishi Mahesh Yogi’s ashram with his mom at the same time as the Beatles and actress Mia Farrow. While seeking nirvana, he took a break to go on a tiger hunt and posed for a photo with his trophy. Both Lennon and Farrow were appalled. John wrote a song about it.

5. The Queen is kind of OK. The Beatles wrote three songs that reference Queen Elizabeth II. “Her Majesty” is their shortest song at 23 seconds. It allows, “I want to tell her that I love her a lot. But (first) I’ve got to get a bellyful of wine.” In “Penny Lane”, we learn the Fireman keeps her picture in his pocket. And in “Mean Mr. Mustard”, the title character shouts obscenities to her at a parade. But as the song says, “he’s such a mean old man.”

6. “Ob la di, ob-la-da, life goes on, bra.” Sort of an earlier expression of the sentiment in “Don’t Worry, Be Happy.” Apparently, it was the trademark saying of a Nigerian Conga player named Jimmy Scott, whom the Beatles knew from their club days. McCartney reported in later interviews that Scott always claimed he was owed a cut from the song, though he never sued for it.

7. Paul was the Walrus. No, wait, it was John! In “Glass Onion”, it is claimed that, “The Walrus was Paul.” But later, in his solo song “God”, Lennon sang, “I used to be the Walrus, but now I’m John.” One thing is less arguable, Eric Burdon (of The Animals) was the Egg Man, a reference to a kink of his of breaking eggs over a woman’s body before sex. Not sure what the message of it all is, except that Lennon meant it as “nonsense,” a dream-like word salad. So maybe it’s, ‘Embrace your silly side.’

8. Be nice to parking control officers. They’re just doing their job. The story goes that McCartney was given a parking ticket outside Abbey Road studios. And rather than being upset, he was quite taken with the young woman handing out the citation, and wrote “Lovely Rita”, a love song to a meter maid.

9. Octopi really do build gardens. “Octopus’s Garden”, one of Ringo Starr’s rare songwriting forays, was inspired by Ringo’s cruise in Sardinia on a boat owned by Peter Sellers. His “fish ‘n’ chips” turned out to be squid ‘n’ chips, which he agreeably ate. The story goes that the conversation moved on to other cephalopods, and the captain described how octopi liked to pick up shiny stones and objects on the ocean floor and sort them into “gardens.” The feel-good song, which ended up on Abbey Road, was Ringo’s attempt to put angry business between John and Paul behind him.

10. George Harrison’s “Here Comes The Sun” was similarly written as a pick-me-up, away from all the infighting.

11. Marijuana really does have beneficial effects. Years after the fact, Paul admitted that “Fixing A Hole” on Sgt. Pepper’s Lonely Hearts Club Band was about how pot allowed him to escape the noise of the outside world. “I’m fixing a hole where the rain gets in. And stops my mind from wandering.”

12. “And in the end, the love you take, is equal to the love you make.” The last song the Beatles ever recorded together. It’s their epitaph, a karmic statement about getting back what you give the world.

And always remember, the movement you need is on your shoulder.

And let’s flash back to when Paul McCartney surprised a Liverpool pub during a taping of James Corden’s Carpool Karaoke. Watch the full interview here.