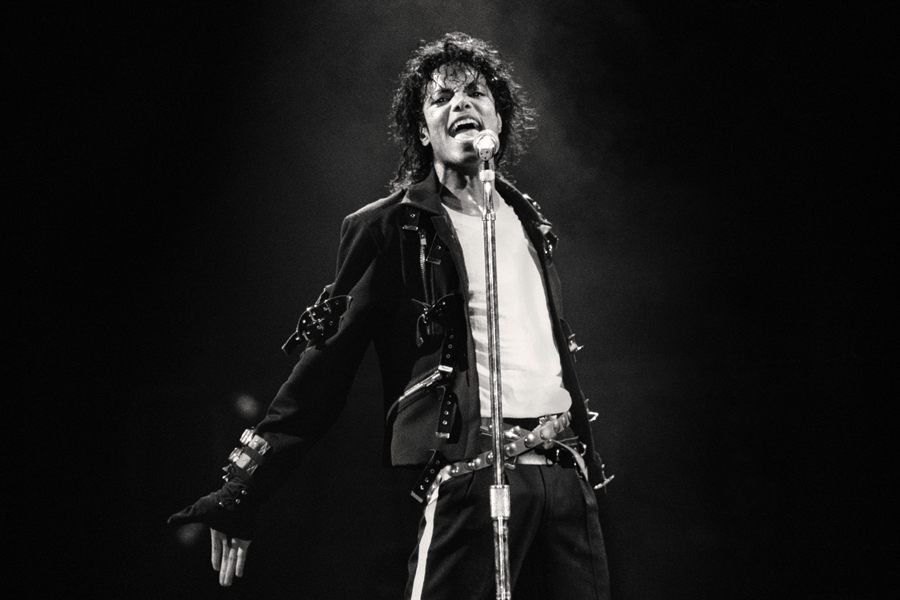 Michael Jackson passed away 10 years ago this week (June 25) at age 50 and the questions surrounding his legacy remain as complicated now as they were when he was alive.

For fans of Jackson and his music, he is and will forever be the King of Pop and, thanks to dance moves that eclipsed Elvis, pop hits that rival the Beatles and a rabid fandom that reaches around the globe, arguably the single most famous and influential performer of his generation. Even a decade after his passing, fans reportedly plan to gather outside his former Los Angeles home — where he died of an anaesthetic overdose administered by his personal physician, Conrad Murray, who was later convicted of involuntary manslaughter — or at the cemetery where he’s buried, or at his star on the Hollywood Walk of Fame.

His family released a statement to the Associated Press calling Jackson “a gifted artist and extraordinary humanitarian” who “is still with us, his influence embedded in dance, fashion, art and music of the moment. He is more important than ever.”

Meanwhile, his sister, Janet Jackson, spoke about her brother’s legacy to the U.K.’s Sunday Times, saying, “It will continue. I love it when I see kids emulating him, when adults still listen to his music. It just lets you know the impact that my family has had on the world.”

And in 2014, Jackson’s former bodyguards Bill Whitfield and Javon Beard, who wrote the book Remember the Time: Protecting Michael Jackson in his Final Days, defended their former charge in an interview with Zoomer.

“So much has been written about him on the negative end,” Whitfield said. “We believed it was important to bring our side of what we shared, of what we’ve seen, what we witnessed, and let other people make their own decisions about what they think and believe.”

Beard added, “We just feel that fans are tired of the negativity about him. Let this man rest in peace. You guys had 40 years of bashing him. Can somebody at least say something? This guy was a great father, and we really witnessed it. We’re telling stories that really took place.”

And that’s the Michael Jackson we all want to remember — the singer, the dancer, the performer, the family man, the legend and the fashion icon, which Zoomer celebrated last year on what would have been the star’s 60th birthday.

But then there’s the other side that can’t be ignored — the ever-present allegations of sexual assault involving children that plagued the performer in life and continue to do so in death. The most recent chapter in the tale came with the 2019 documentary Leaving Neverland, which spotlights the story of two men who claimed Michael Jackson sexually assaulted them as kids and the fallout on their personal and family lives.

The documentary reignited the debate about the King of Pop and just how much society should celebrate a man accused of such horrible crimes.

“We want there to be moral clarity. We want the guilty to be clearly guilty. We want the victims to be above reproach or question,” Jim Slotek wrote for Zoomer at the time of the documentary’s release. And that’s the problem — there is no cut and dry answer to these questions of what horrible acts were committed and how, if at all, Michael Jackson was involved.

In reaction to the documentary, some radio stations, including in Canada, stopped playing Jackson’s music. Even The Simpsons decided to pull an episode that famously featured Jackson’s voice in an un-credited role, with producer James L. Brooks telling Newsweek that, “The documentary gave evidence of monstrous behaviour. The guys I work with — where we spend our lives arguing over jokes — were of one mind on this. It feels clearly the only choice to make.”

For others, the question of Jackson’s legacy and whether you can like an artist’s work without liking the actual artist — a debate that follows controversial figures from Woody Allen to Roman Polanski to Phil Spector — proved a more philosophical one.

“Human beings are flawed, sometimes terrible creatures. And yet they can, under the right circumstances, commune with the sublime,” Mark Kingwell, a professor of philosophy at the University of Toronto, wrote in The Globe and Mail. “I don’t know how that is possible, but it is. Don’t turn off the music, friends: Just turn on the awareness.”

And that’s what the 10-year marker of Michael Jackson’s passing comes down to for fans and former fans alike — whether or not you’re able to keep the music playing while absorbing the reality of the troubled legacy the King of Pop left behind.