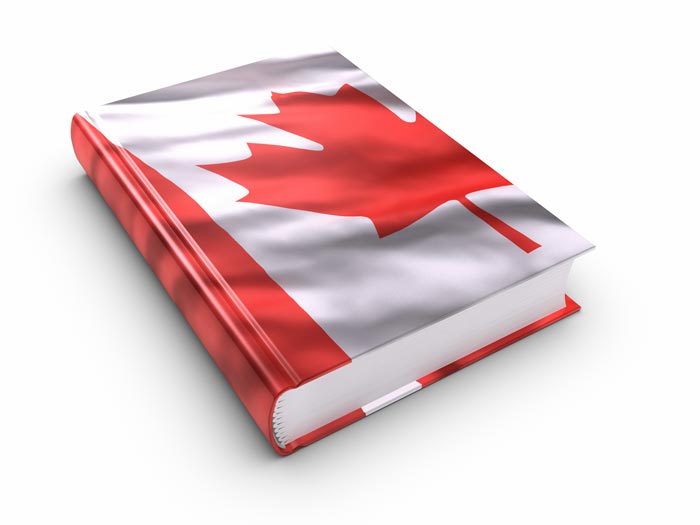 From the global sensation that was L.M Montgomery’s Anne Of Green Gables to Margaret Atwood’s very pertinent The Handmaid’s Tale, Canadian literature has proven to be quite the powerhouse. With sales topping 50 million and translations in 20 languages, this is the book most people around the world identify with Canada. 2. The Stone Angel by Margaret Laurence

This staple of English lit classes since the 1960s gave Canada the irascible 90-year-old Hagar Shipley, one of the most memorable characters in Canadian fiction. 3. The Wars by Timothy Findley 4. Who Do You Think You Are by Alice Munro

Though technically a series of linked short stories, how can any “Best of” list not include the Nobel-prize winning Munro (and it was published in the U.S. and the U.K. as a novel, The Beggar Maid). Plus? Is there a more Canadian title than Who Do You Think You Are? 5. The Handmaid’s Tale by Margaret Atwood

First published in the 1980s, Atwood’s dystopian nightmare has always provoked conversation and controversy, and now feels more relevant than ever. Published in 1995, this sweeping yet intimate story of one woman’s life is the only novel to have won both The Pulitzer and the Governor General’s Award. 7. No Great Mischief by Alistair MacLeod

Along with winning numerous international awards, such as the IMPAC Dublin, MacLeod’s stunning portrayal of the MacDonald’s family past was named the greatest Atlantic book of all time. 9. The Book of Negroes by Lawrence Hill

A book to make us take a critical look at history — and not only the race issues of our neighbours to the south but our own long-seeded problems. As Canada works towards reconciliation, Wagamese’s sensitive novel of residential schools — and hockey — demonstrates the redemptive power of storytelling. This Canadian classic — the first in Davies’ Deptford Trilogy — was voted by Modern Library readers to be one of the 100 Best Novels of the 20th century. 12. The Apprenticeship of Duddy Kravitz by Mordecai Richler

Who can say how many Canadian titans were shaped by the protagonist’s eternal truth: “A man without land is nobody.” 13. The English Patient by Michael Ondaatje

The stunning depiction of love and war won both the Governor General’s Prize the Man Booker Prize and is widely considered one of our country’s most eloquently written novels. Wildly imaginative, Martel’s award-winning tale of survival at sea won him the Man Booker and established him as an international presence. 15. Do Not Say We Have Nothing by Madeleine Thien

While only published last year, Thien’s acclaimed novel has the potential to become an enduring examination of history, family and loss.