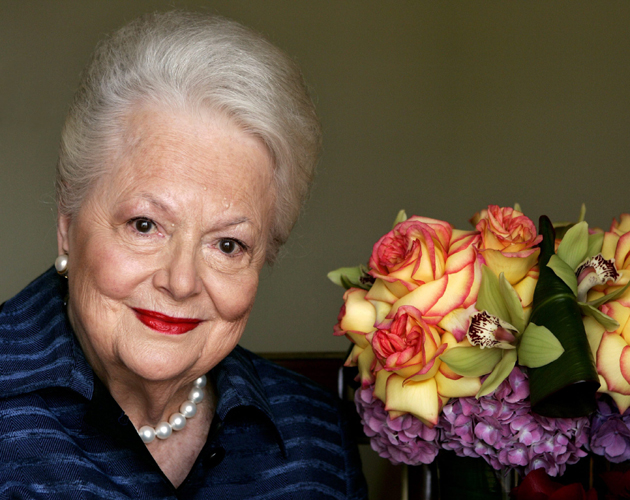 In honour of Olivia de Havilland’s 103rd birthday this year, we look back at her storied career in film.

The beloved Gone with the Wind star has led one fascinating life — from Oscars to sibling rivalries to secret affairs.

Olivia Mary de Havilland was born in Tokyo, Japan on July 1, 1916 to British parents. Her sister, Joan, arrived the following year (1917-2013). The sisters had a lifelong feud that allegedly began over competition for their mothers’ affections. Joan later changed her last name from de Havilland to Fontaine (which she took from her stepfather) to distance herself from her sister.

After decades of speculation, de Havilland finally admitted, at the age of 92, that she and Flynn had shared an emotional love affair — but one she insists was never consummated. Flynn, who was married at the time he first met de Havilland, later admitted in his autobiography (My Wicked, Wicked Ways, 1959) that he’d fallen in love with his frequent costar. Flynn died of a heart attack at the age of 50 in 1959.

The five-time Oscar nominee lost out on an Academy Award to her sister, Joan Fontaine, in 1941. Both had been up for Best Actress, which Fontaine ultimately took home for her role in Suspicion. De Havilland, who received a nod that year for her role in Hold Back the Dawn, was less than impressed at losing to her estranged sibling.

As de Havilland once told a reporter: “My sister was born a lion, and I was born a tiger, and in the laws of the jungle, they were never friends.”

However, the sisters remain the only siblings in the history of the Academy Awards to each win Oscars in a major leading category. De Havilland eventually won two Oscars for To Each His Own (1946) and The Heiress (1949).

In 1943, de Havilland battled Warner Brothers in court over her contract with the film company. This marked the beginning of the end of the studio system as the California Supreme Court ruled in favour of de Havilland who claimed Warner Bros. was forcing her to stay beyond her seven-year agreement. As of 1945, the “de Havilland rule” was put into place by all major Hollywood studios, effectively stating that companies could not sign actors to contracts that extended beyond a maximum of seven calendar years.

During the Second World War, de Havilland toured military hospitals and did some radio work to entertain the troops. In 1962, she published a book on French culture and tradition called Every Frenchman Has One. She currently lives in Paris.