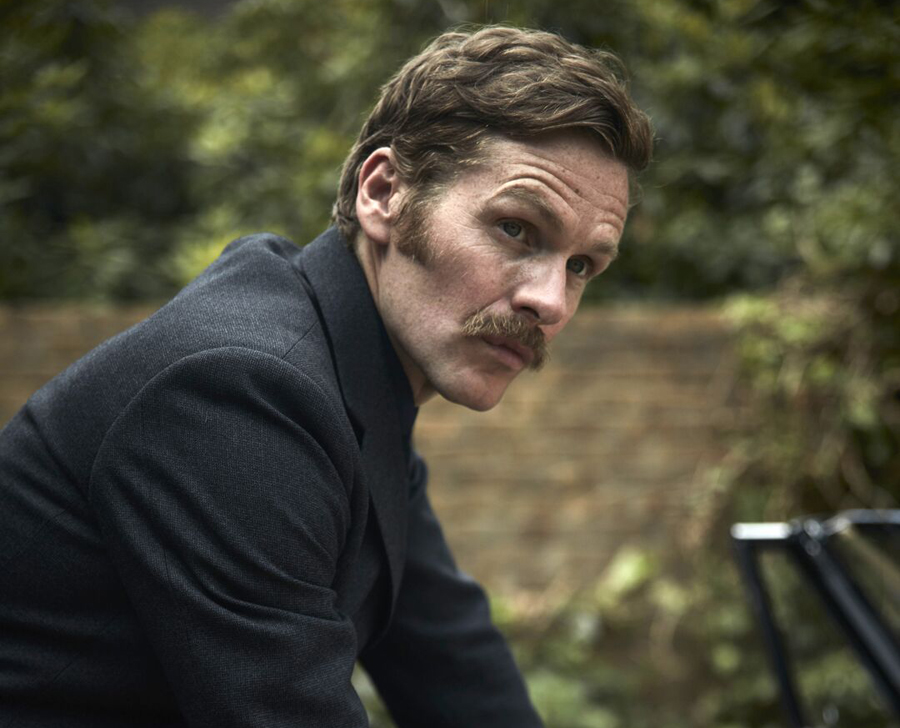 It was during Avengers: Endgame, the latest Marvel movie extravaganza, that it hit me. Half-heartedly tallying up all the Marvel Cinematic Universe Easter eggs as I sat waiting for the post-credits teaser I realized that, as legacy franchises go, there’s one origin story that interests me. It contains plentiful ale and crosswords but not a single cape: I’d rather be in the Inspector Morse Television Universe.

Cue the Wagner soundtrack as the camera pans over Oxford, the city of dreaming spires — and, with apologies to poet Matthew Arnold, the murder capital of academia — for the four new Endeavour prequel television films that chart Inspector Morse’s coming of age and painfully slow career progress in the 1960s. That’s my idea of a summer blockbuster.

How It All Began

The original Inspector Morse debuted in January 1987 with the episode “The Dead of Jericho” and a formula that combined crosswords, classical music, and complex cases in the rarified circles and collegiate quadrangles of Oxford. Based on the 13 novels by onetime classics professor Colin Dexter, that first screenplay was penned by Anthony Minghella, who would later write the film adaptation of The English Patient and win an Oscar for directing it.

Sophisticated material that talked up to its audience was part of the appeal, and intellectual riddles might require knowledge of opera or mythology or literature. Even the sentiment of a rueful Albert Camus quotation from The Fall (used as an epigraph in The Wench is Dead) could be translated into more casual but no less poignant crime scene dialogue between Morse and his sergeant: “Here we are again, Lewis. Putting together the last moments of a complete stranger’s life. Showing more concern for him than we would when he was alive.”

“Morse. People just call me Morse,” actor John Thaw, who played the inspector, explained in an early episode. A man of perpetually furrowed brow, piercing blue eyes, highbrow tastes, and unquenchable thirst (“Morse’s law is: there’s always time for one more pint”), he’s squeamish at the sight of blood and always meeting the darker side of human nature with fresh chagrin. At the time best known for playing rough-and-tumble Jack Regan in The Sweeney, Thaw brought the grumpy, cerebral, beer-loving chorister who bristles at procedure to life. There are few car chases — more often, the action is solving cryptic crossword clues. “A poor policeman but a good detective,” is how the actor would later describe his longtime character.

The Royal Seal of Approval

The original Inspector Morse series ended in 2000, but it remains one of the most popular detective dramas in television history. It was a study in contrasts, about a flawed, melancholy detective and his loyal partner. At its peak it drew over 14 million viewers and was watched by 85% of Britons, with a worldwide audience of a billion — from all walks of life. PBS Masterpiece’s mastermind Rebecca Eaton tells the story of being in a receiving line to meet Queen Elizabeth long ago, and how the monarch’s polite formal demeanour changed when Eaton was introduced as “the American producer of Inspector Morse.” Her Majesty’s eyes apparently lit up. “Morse? Morse?? Is he here??”

“You really should persevere with Wagner,” Morse tells his longsuffering sidekick Lewis in original series finale “The Remorseful Day,” before reciting A.E. Housman into the sunset. “It’s about important things. Life and death. And regret.” That episode closed with (spoiler alert) the death of the titular character. (Thaw would die the following year.)

In the role of Lewis, Kevin Whately has bested even David Suchet’s 20-plus year run as Hercule Poirot by appearing in Inspector Morse and then starring in the first Morse spinoff, Inspector Lewis, that lasted a decade, with the reversal of Lewis as senior officer to prickly, classically educated young detective Hathaway (Laurence Fox).

The ongoing prequel Endeavour, now on its sixth season and set in 1969, takes its title from the late revelation that Morse’s Quaker parents had made him the namesake of Captain Cook’s ship, the Endeavour. It captures not only the setting, banter, and characters but the flavour of the series with small details that build on the Morse universe, down to the penchant for improbable surnames (Superintendents Strange and Moody, DC Fancy, and WPC Trewlove).

The youthful versions of familiar characters, like pathologist Max and sergeant Strange, are well cast. Cases, romance, and workplace conflicts slowly reveal how the earnest young Morse became the wounded loner of the later series. (And how he came to drive that lumbering Mark II Jaguar.)

All this, and exquisite camerawork, too? Ed Rutherford’s dancing shadows, bouncing reflections, and shards of sunlight on dust motes in recent Endeavour seasons pick up on the striking lighting and compositional choices by early Inspector Morse cinematographers like Clive Tickner (the frequent mirror shots in “Service of All the Dead” in particular stand out).

Among pop culture’s many reboots and sequels, Endeavour is the rarity that not only avoids prequel-itis — leaning on the fan service of heavily-telegraphed, winking moments of exposition or plot foreshadowing (we’re watching with the benefit of hindsight, after all) —and sidesteps cutesy pastiche, but matches the original for stride. That’s as much down to character actor Roger Allam, who plays seasoned copper DI Fred Thursday, as to actor Shaun Evans.

To mark the series’ 25th television anniversary in 2012, Evans was cast as the rookie of the Oxford force, in what was intended to be a one-off prequel. He’s pitch-perfect as young Morse, in spite of the fact the actor claims he’s never watched any of the 33 Thaw episodes. Colin Dexter seemed to agree: In 2014 it was revealed that the author put a clause to be enforced in his estate that no one but Evans shall play the character for seventy years of the rights retained after Dexter’s death. Which means Evans is the last Morse of our lifetime.

Beyond their physical resemblance and uncannily similar irascible manner, Evans shares Thaw’s ability to convey shades of emotion while simply looking a hundred different shades of pensive. It’s engrossing even to watch as he’s doing the busywork — thinking — of the investigation.

Morse appreciated a clever puzzle, and the series can’t resist clues either. In the sublime original series theme by composer Barrington Pheloung, for example, urgent and plaintive opening notes sound out the Morse code for M.O.R.S.E. and recur as a deeply melancholy motif in Endeavour. Overall, any self-referential Easter eggs tend to involve more subtle musical continuity, like the Fauré Requiem in D Minor used in both the Endeavour pilot and the Inspector Morse series finale. This being a period series, the Beethoven sonatas and Grieg concertos are mixed with hits of the day (like from Manfred Mann) and the cases occasionally intersect with the zeitgeist, be it hippies or the Apollo 11 mission.

Among the returning cast is actress Abigail Thaw, daughter of the late John Thaw, who plays newspaper journalist Dorothea Frazil. True to the series DNA even her surname is a cryptic clue: Frazil is a slushy type of soft ice—as in, it’s a bit thawed. And the Endeavour episode where she and the young detective meet for the first time offers a memorable, bittersweet exchange:

“What did you say your name was?”

Like Alfred Hitchcock, creator Colin Dexter had a fleeting cameo in almost every Morse and Lewis episode and even after his death in 2017 that continues, after a fashion. In one Endeavour, for example, a retirement party flyer for “Insp. C. Dexter” can be glimpsed on a station noticeboard.