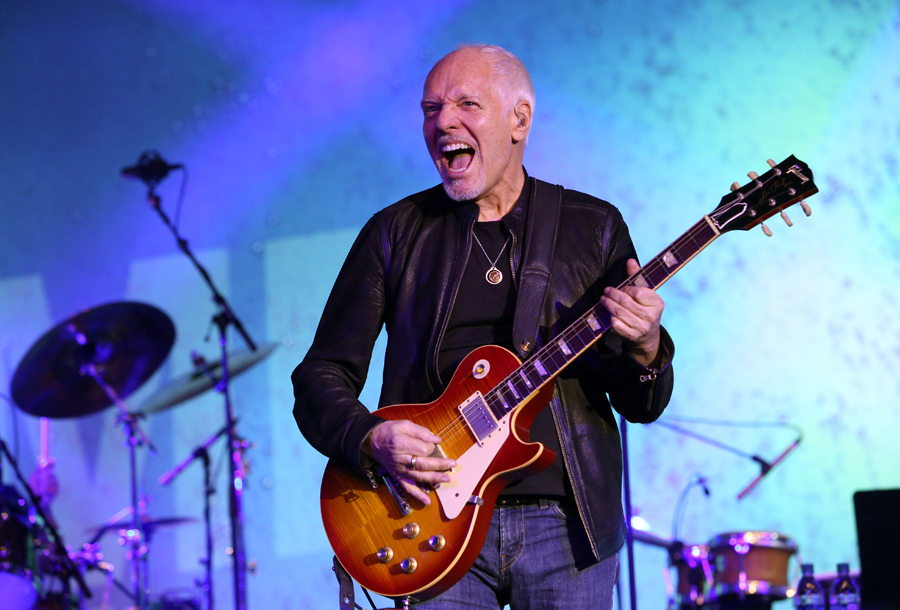 The Roxodus Music Festival was touted as a “once in a lifetime experience.” Whose lifetime, though? Well, that’s another question entirely.

Organizers of the music fest, which was set to kick off on July 11, announced Wednesday morning that they are cancelling the four day event — which was set to feature legendary acts like Peter Frampton, Alice Cooper, Cheap Trick, Blondie, Lynyrd Skynyrd, Billy Idol and Aerosmith — due to the effects of bad weather on the grounds at the Edenvale Airport in Stayner, Ont., where the festivities were slated to take place.

“During the past couple of months, our venue at Edenvale Airport has battled tremendous rainy weather that has impacted our ability to produce the festival. It is with a heavy heart that we announce the cancellation of the Roxodus Music Festival this year,” the organizers said in a statement posted on the festival website.

Until today’s cancellation, Roxodus aimed to join the ranks of festivals like Glastonbury, Bonnaroo and Lollapalooza as major summer music destinations — and the first major music fest on this scale in Canada. Aside from four days of concert performances, it also included art installations, food from celebrity chefs, camping and other activities, and a VIP pass for the four days cost $639 per person, plus taxes and other fees.

The cancellation of the event also means that Peter Frampton’s Canuck fans won’t get a chance to see him perform one last time in the Great White North, as it was the only Canadian stop on his retirement tour.

MF Live Inc., the event’s organizers, claimed that information regarding ticket refunds is forthcoming, though many on social media reacted with skepticism and anger when pointing out that the ticket agreement specifically notes that the festival isn’t on the hook for refunds in the event of a weather cancellation. The weather excuse bred increased fan resentment given Burl’s Creek Event Grounds, in nearby Oro-Medonte, Ont., hosted an outdoor Rolling Stones concert this past weekend.

One Twitter user, who goes by the name T.O. Resident, called Roxodus “Northern Ontario’s Fyre Festival,” referring to the famously disastrous 2017 “luxury music festival” that created baseless social media hype without being able to deliver on any of its promised events and ultimately stranding concertgoers on a remote island. Tweeter Liisa Ladouceur added that, “Dubious, now cancelled @roxodus promoter MF Live was encouraging 20,000+ ticket holders to deposit money into their wristbands last week. Let’s see who gets what money back. I’m pretty skeptical.” Another tweeter, Mike R B Parent, wrote, “[It] should be on Roxodus to pay us all back how do you pick a place when it gets wet turns into a swamp, seriously screwed up not our job to survey the site!!” Meanwhile, Jeff Kahl tweeted, “#Roxodus canceled due to ‘wet conditions.’ Imagine if that had been the case 50 years ago, there never would’ve been a #woodstock”

Further, iHeartRadio pointed out that, “Weather data for Edenvale indicates there was 58.8 mm of precipitation in June and 81.7 mm in May. Only 18.7 mm of rain fell between June 26 and July 2 (and only 0.2 mm after June 30). The forecast calls for 4.8 mm of precipitation between now and the festival’s scheduled first day — with five days of sun and temperatures in the mid- to high-20s” — hardly the conditions one would expect to breed festival-cancelling conditions.

The same story also noted that, when it comes to MF Live Inc., “Roxodus is [their] second event to be scrapped this year. In March, they announced they were postponing their annual Wasaga Beach Motorcycle Rally.”

And that’s not even the worst news for MF Live Inc. and its co-founders, Mike Dunphy and Fab Loranger. According to a Global News report, the OPP is conducting an unspecified investigation into the company.

David Bowie and Other Rock Legends on Life, Art and Aging