The Circle of Life: “The Lion King” and Sharing My Love of Broadway Musicals With My Granddaughter 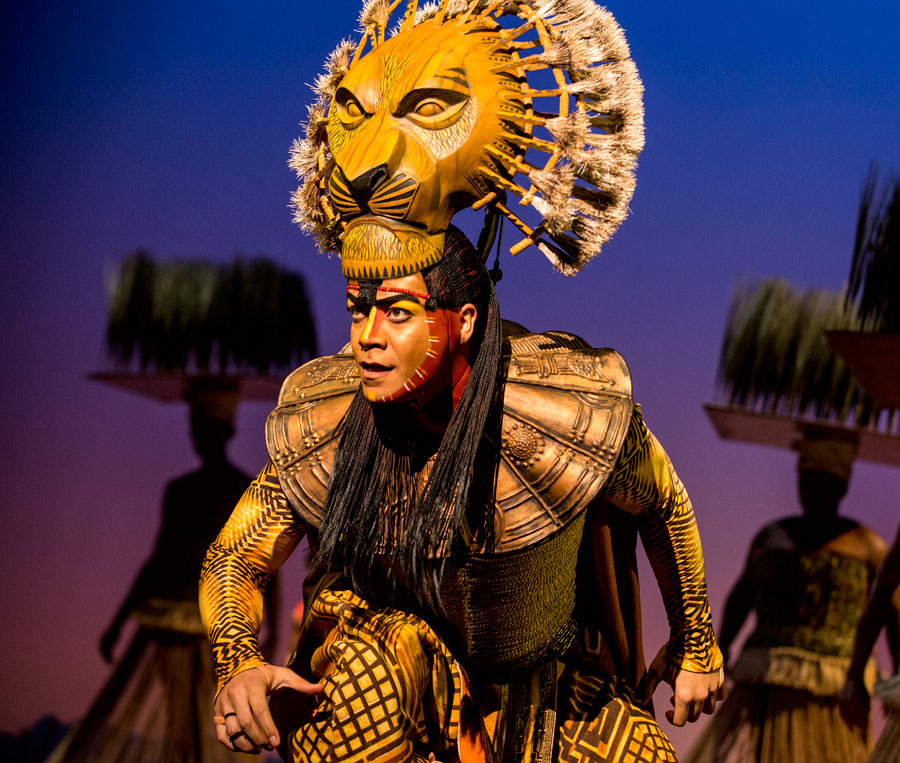 Camp Grandma was in session last week: the 10-year-old from Massachusetts was in residence here in Toronto.

With her visit coinciding with The Lion King at the Princess of Wales Theatre, it was the ideal occasion to introduce Maddie to live Broadway musicals and to pass on my passion to another generation.

Ten, I think, is the ideal age to fall in love with the magic of musicals (although I do know a four-year old who was thrilled with the show).

The Lion King, a joy for kids and adults alike, is the perfect introduction to the genre.

And summertime is made for musicals, at least in my experience.

That experience includes working summers as assistant props mistress, dresser and all-around stage brat at Rainbow Stage in Winnipeg during my teens.

Maddie and I were both aware of the story and characters in The Lion King but neither of us had seen the animated Disney movie. Nothing had prepared us for the spectacle on stage.

This was not your grandmother’s musical.

I was expecting something special because I remembered how Julie Taymor was, well, lionized for her staging and direction of Disney’s original Broadway production in 1997.

And this year marks the 20th anniversary of the show’s first run in Toronto.
The thrill for Maddie (and me, I must admit) started at the opening with the actors running down the aisle right beside our seats.

Then came the opening number with those iconic puppets and the giraffes on stilts that are familiar from all the images of the show.

What happened next was the only problem all night but it was worrisome.
Maddie, in her excitement, couldn’t stop talking and trying to figure things out aloud, much to the annoyance of our adult neighbours.

“Is Rafiki a man or a woman?

“Isn’t Nala supposed to be the mother? Why was she the girl?

It took a few scenes for Maddie to settle down and just enjoy what was happening on stage.

Still, she couldn’t refrain from letting me know, in a stage whisper, how much she loved Ed, the ridiculous hyena with the big lolling tongue, and later, Timon, the wisecracking meerkat with the improbable New York shtick.

For the rest, she sat transfixed, laughing out loud at the jokes and swaying to the signature song, Hakuna Matata.

She wondered how and why references to Toronto got into the show. I explained that touring productions usually include jokes about the city they’re in and that when this production moves on to Boston, her hometown, the Toronto jokes will be replaced by Boston references.

Intermission was for texting her parents and her sisters back home about her theatre adventure.

She said they could all go together to see the new Disney movie, the live action version of The Lion King, later this month.

Maddie obviously now feels positioned to be The Lion King expert in the family.

Watch the Lion King Trailer below

After the show, the adventure continued: we were treated to a backstage tour with Beth from Disney, where Maddie could get up close and personal with the costume and the puppets, including her favourites Ed and Timon.

By the end of the evening, with a tired but delighted granddaughter beside me in the taxi going home, I’m not sure who was more exhilarated by our being together at The Lion King.

Certainly Maddie was enchanted by experiencing a live Broadway musical — no doubt the first of many more during her lifetime. And I was, well, elated and grateful that I was able to introduce her to the joy of world-class musical theatre.

It is, after all, as the The Lion King affirms, all about the circle of life.

The Lion King is on stage at the Princess of Wales Theatre from June 13 to Aug. 4. The movie opens July 19.