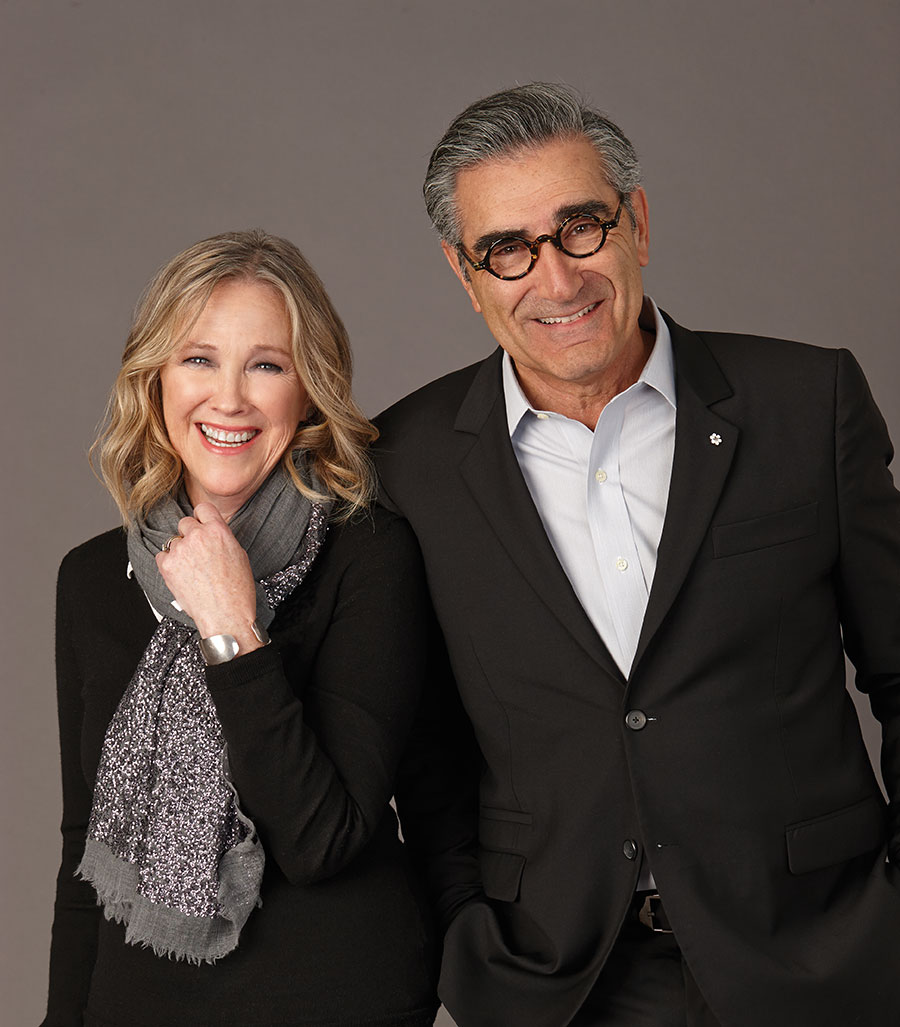 The much-loved Canadian hit show and multiple Genie award winner available since last year on Netflix has been nominated for an Emmy Award for Outstanding Comedy Series.

And Schitt’s Creek stars Eugene Levy and Catherine O’Hara have each been nominated as Best Actor and Best Actress in comedies.

While Levy and O’Hara have both won Emmys for writing during their time on SCTV, it’s the first Emmy acting nomination for Levy, who’s 72. O’Hara was first nominated in the acting category when she was 56 for Best Supporting Actress, Miniseries or Television Film for playing the aunt in Temple Grandin and scores her second nomination at the age of 64.

Levy and O’Hara are Canadian treasures we’re sharing with the world, just like we did with Wayne and Shuster.  From his early days with Second City, to movies with Christopher Guest to appearances in all eight of the American Pie films, Levy is the instantly recognizable quintessentially Canadian nerd, obsessed with minor details and relating them, but unaware of his effect on people.

O’Hara also got her start with Second City 45 years ago, worked on movies with Tim Burton (Beetlejuice) and Christopher Guest (Best in Show, Waiting for Guffman), and played the mother in the Home Alone movies.

Besides Levy and O’Hara, the boomers, middle-agers and even a few older stars scooped up a majority of the nominations.

The big screen may not be too welcoming to the middles and oldies (and minorities) but the small screen loves all of us!

Well, maybe not all.

George Clooney, 58, and Julia Roberts, 51, were snubbed this year. Roberts made her TV debut in Homecoming and Clooney wrote and co-starred in three episodes of Hulu’s miniseries Catch 22.

In the category of (not-so) older stars:

Next to oldest is Julia Louis-Dreyfus, 58, for Veep. If she wins, she’ll be the most awarded performer in Emmy history.

Rachel Brosnahan, 28, (Marvelous Mrs. Maisel) is the youngest nominee in O’Hara’s category, followed by Phoebe Waller-Bridge, 34, (Fleabag) who’s getting so much attention not just for her performance but mainly for her much acclaimed, clever writing.

The oldest nominee in any category is Cicely Tyson, 94 (How To Get Away With Murder) for Outstanding Guest Actress, Drama Series, followed by Alan Arkin, 85, (The Kominsky Method) for Outstanding Supporting Actor, Comedy Series.

In all, over 60 nominees fall in the 45-plus age category.

Just don’t be disappointed if our favourite oldies, including Levy and O’Hara don’t come out on top and win the Emmy when they’re awarded on September 22. George Clooney was nominated three times and never won an Emmy.