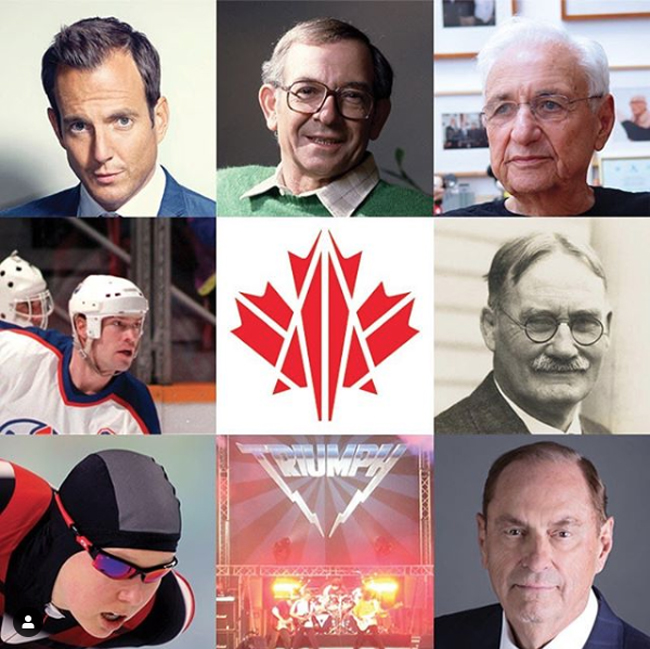 Television legends, hockey heroes, classic rockers and a rock star architect make up the 2019 class for Canada’s Walk of Fame.

And fittingly, in the year when the Toronto Raptors took home the NBA championship for the first time, the man who invented basketball, Dr. James Naismith, is also getting an induction. Two more inductees will be announced at a later date, and you can view a video about the inductees below.

In it’s 21st year, Canada’s Walk of Fame “recognizes Canadians who have achieved excellence on both national and international stages in their respective fields, including music, sports, film and television, literary, visual and performing arts, science, innovation, philanthropy and social justice,” according to a press release. The Walk of Fame is situated in downtown Toronto on King Street West and Simcoe Street South.

This year’s inductions will take place at Toronto’s Metro Toronto Convention Centre on November 23 and a gala broadcast will air in December. Read below for a full description of each inductee, courtesy of the Canada’s Walk of Fame website:

Will Arnett (Arts and Entertainment)

Beloved children’s television icon known for his CBC series Mr. Dressup, which was on the air for nearly 30 years and continued to run for a decade after its final episode in 1996.

World-renowned architect responsible for some of the most important works of contemporary architecture across the globe including the Guggenheim Museum in Bilbao, Walt Disney Concert Hall, the Vitra Design Museum and the Art Gallery of Ontario.

Considered one of the greatest ice hockey players of all time, he played a quarter of a century in the NHL and is a six-time Stanley Cup champion, two-time Hart Memorial Trophy winner, Conn Smythe Trophy winner, a member of the Order of Canada and is the only player to captain two professional teams to championships.

Physical educator, physician, coach and innovator who invented the sport of basketball in 1891 at age 30. He is responsible for writing the original rule book for the sport, which has become one of the most popular and widely-viewed sports worldwide.

Businessman, venture capitalist and television personality best known as one of the “Dragons” on hit TV series Dragons’ Den. He is the chairman and owner of Treliving Management and one of Canada’s most beloved restaurant chains, Boston Pizza International.