Tom Hanks Charms as Mr. Rogers in First Trailer for “A Beautiful Day in the Neighborhood” 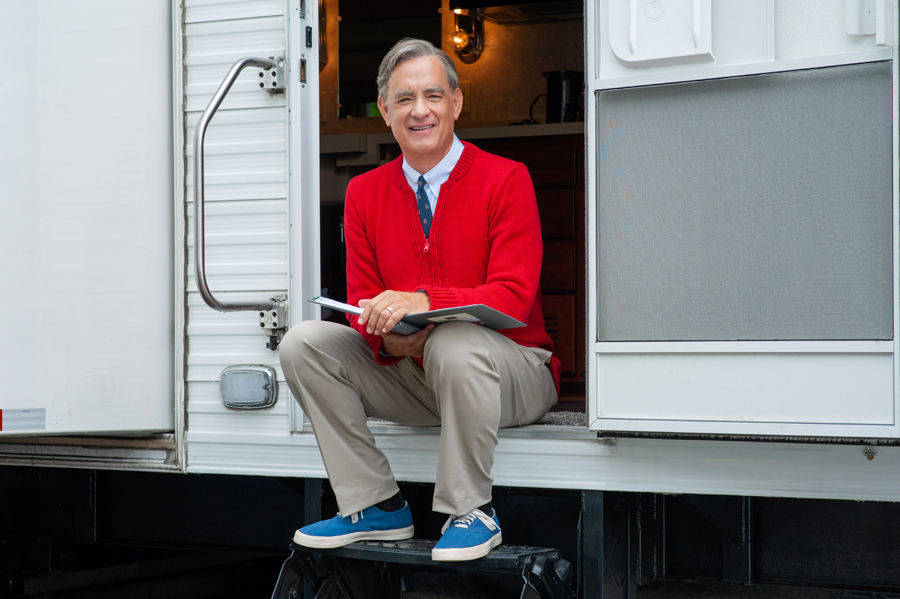 Very few celebrities  boast the squeaky-clean, universally beloved reputation that Fred Rogers cultivated in his more than three decades starring in Mister Rogers’ Neighborhood. Tom Hanks, however, is one of them. And so the announcement, back in January, that the 63-year-old Oscar-winner would play the legendary children’s entertainer in a big screen biopic seemed like a perfect fit — one cherished cultural figure portraying another.

That hypothesis rings true with today’s release of the first trailer for the film, A Beautiful Day in the Neighborhood.

No one would mistake Hanks for the actual Mr. Rogers. He’s far bigger in stature and their faces don’t look much alike. In fact, in the trailer Hanks looks like he might be playing Mr. Rogers in a sketch on Saturday Night Live. But that doesn’t matter.

As the trailer shows, Hanks embodies the kindness, calmness, physicality and love that Mr. Rogers himself projected into the world. Whether Hanks, as Mr. Rogers, is espousing his mission statement for his show — “We are trying to give the world positive ways to deal with their feelings” — playfully explaining the liberating feeling of slamming your fingers onto piano keys, imparting lessons about acceptance or enjoying an impromptu rendition of his famed theme song on the subway, the virtues we associate with Hanks allow him to project the air of Mr. Rogers to a T.

There are very few actors who boast a clean enough slate in the public’s eye, as well as the acting chops, to be accepted in the role of playing a beloved cultural figure whose life’s work continues to leave a lasting impact on innumerable people around the world. Robin Williams, if he were alive, is the only other performer of that generation who could have given Tom Hanks a run for his money for this part.

The film is directed by Marielle Heller, who was also at the helm of the Oscar-nominated 2018 Lee Israel biopic Can You Ever Forgive Me? and, as Variety reported when they broke the story in January, is simple: “The film is inspired by a real-life friendship between Fred Rogers and award-winning journalist Tom Junod [played by Matthew Rhys]. In the story, a cynical journalist begrudgingly accepts an assignment to write a profile piece on the beloved icon and finds his perspective on life transformed.”

At the time, two of the film’s producers, Marc Turtletaub and Peter Saraf, released a statement noting, “Now more than ever, we all need a re-introduction to Fred Rogers’ message of uncompromising love and kindness between all living things … we have the quintessential actor to play Fred Rogers.”

With only a trailer to go by so far, this one is going to be an emotional ride for moviegoers. And that sentiment has already begun to spread on social media, a sampling of which you can see below: A Beautiful Day in the Neighborhood hits theatres on November 22.