She Makes Aging Fun: Jennifer Lopez Blows Up the Entire Notion of What Women Are at 50 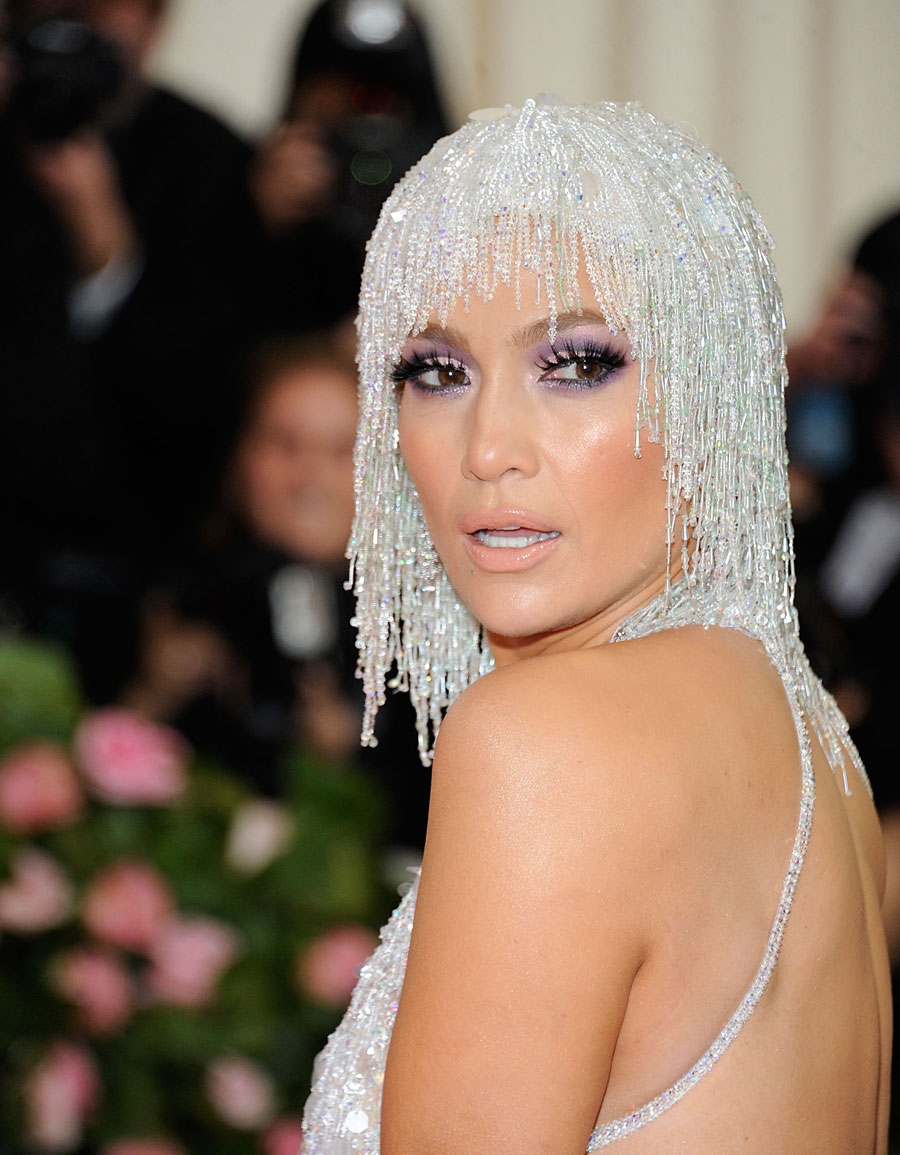 Jennifer Lopez attends The 2019 Met Gala Celebrating Camp: Notes On Fashion - Arrivals at The Metropolitan Museum of Art on May 6, 2019 in New York City. (Photo: Rabbani and Solimene Photography/WireImage)

Jennifer Lopez just broke through yet another glass ceiling: her 50th birthday party was a golden (literally) ode to how spectacularly the singer/actor/fashion icon is aging. Traditionally, 50th birthdays are haunted by some sort of existential conflict around crossing over the proverbial Rubicon: from youth into the next stage. But not for J.Lo. She danced her way into her own legend, blowing up the bridge behind her, and the entire notion of what women are at 50. She just does not age.

It’s been a banner year for Lopez, who is in the middle of her “It’s My Party” world tour, and is set to star in the stripper-scammer movie Hustlers, which she also produced and which features Cardi B and Constance Wu. She was named a Council of Fashion Designers of America (CFDA) icon earlier this year, has a honkin’ (estimates go as high as 15 carats) new rock on her finger from fiancé Alexander Rodriguez, and is slated to star in a new romantic comedy later this year opposite a co-star half her age. I mean: talk about being on a roll.

Her 50th bash, held July 24th oceanside in Miami at the home of Gloria and Emilio Estevan on Star Island, featured gold and white décor, and the birthday girl in a skin-tight, golden cut-out column gown, a bespoke creation by Versace, her go-to brand. Her brand is about confidence, and she embodied it right down to the signature gold hoops she has been wearing since she made her debut as a Fly Girl on In Living Color nearly 30 years ago. DJ Cassidy and DJ Khaled performed sets to keep Lopez and the packed dance-floor moving, as did Ashanti, Pia Toscano and Lopez’s own 11-year-old twins. But the videos of the golden party were almost eclipsed by the viral video launched into the social media universe the day before by fiancé A-Rod, former baseball great and current ESPN presenter. The sentimental clip, featuring his protestations of eternal love — “I cannot believe this, baby girl,” he begins, “Since we have been together you make me feel like every day is my birthday” — and a montage of glamorous new blended-family moments featuring his kids and hers, was set to a sappy-sweet soundtrack of Billy Joel’s “This Is the Time.” She also collected glowing social media accolades from Kim Kardashian and Rita Ora.

In the three decades Lopez has been in the spotlight, she has been unabashedly real even as she remains so polished and professional. From the high-profile romances with Sean “Diddy” Combs to Ben Affleck and third husband Marc Anthony, the father of her twins, to her lesser-known husbands Noa Ojani and Cris Judd, she has suffered multiple heartbreaks in public eye, and has always been relatable and sincere at the beginning and end of each relationship.

But it is her mastery of the red carpet, and more recently her Instagram game, that have cemented her ageless image. This past June, Lopez received the CFDA Fashion Icon Award — which is like a fashion Oscar — and she was no shrinking violet. She chose a custom red Ralph Lauren turtleneck crop-top embellished with crystals, and a sports drawstring skirt with a dramatic train.

“Jennifer Lopez uses clothes as a way to express confidence and power,” then-CFDA Chairwoman Diane von Furstenberg said at the time of her nomination. That has meant, over time, the mobster moll puffy fur coats of the Puff Daddy era, the splashy track suits of Jenny from the Block, and that Versace tropical print dress, which plunged to her navel and taught the world about the miracles of fashion tape — and was the reason Google Images was created, due to the tsunami of searches for the photo —  that she wore to the 2000 Grammy Awards.

She stepped up her signalled intent to be a high-fashion heavy-hitter this year, stopping the show at the mother-of-all-Met Galas this year in an Atelier Versace crystal gown with matching wig. It is her particular talent, that in the music world especially, where too many show off too much, that Lopez always gets the balance right. She wears, basically, spangled swimwear on stage, and always keeps it looking classy.

But it is the romance with A-Rod that the two have handled most deftly. Played out on their social media accounts, it has been a feast of staged moments — the beach engagement, multiple images of the blended family cuddled in bed together — mixed with kooky behind-the-scenes clips of family life and tour life. They are adorable, and perfect, and perfectly in love. We get it, and we eat it up.

But no appreciation of Lopez’s age-defying multi-hyphenate accomplishments would be complete without a nod to her movie career. Please let us pause for a moment to reflect on what Lopez has brought to the romantic comedy genre. The beauty from the Bronx just announced last week she is set to film a new romantic comedy. Titled Marry Me, it pitches Lopez as a pop star who finds out her fiancé is cheating. It was announced on her birthday that the male lead will be played by 25-year-old Latino superstar singer Maluma, who is exactly half her age. How many women onscreen or off could pull that off plausibly? Her character bounces back with a math teacher, played by Owen Wilson (a romantic lead rematch, the two were last seen on screen together in the underrated 1997 horror film Anaconda).

Much of Lopez’s cinematic oeuvre has been unfairly maligned. Her early role in the biopic Selena, and later the action film Out of Sight with George Clooney, showed off real range. But it is the fluff in which she really shines. That stuff is deceptively hard to pull off, and there is a comedic brightness she brings to this most formulaic of genres. Yes, Gigli with Ben Affleck is a turkey for the ages, but I personally would watch The Wedding Planner, Monster-in-Law, The Back-up Plan and especially Maid in Manhattan any time they came up on TV or an airplane screen and consider it time well re-spent.

As someone who shares a birthday with Lopez (though I would have been two classes ahead in school), I have to say she is such an inspiration. I readily concede she owns July 24th.

Her stunning body doesn’t make me jealous or provoke bitterness: just, admiration. It is so clear she works passionately hard to be able to flash her abs — in such a defiant way — at events such as the CFDA.

She makes all of us feel like aging that well is totally possible, if only we had her work ethic. But more importantly, she makes it all look like a lot of fun.