Celia Imrie On Acting, Aging and Her Latest Novel, “A Nice Cup of Tea” 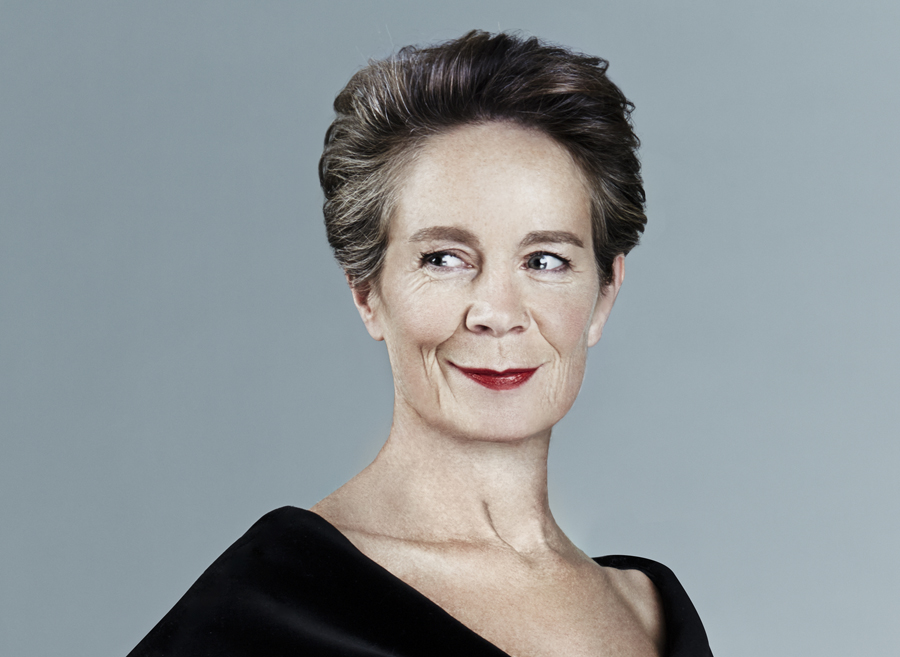 “It’s all going rather well, isn’t it?” Celia Imrie says over the phone from her home in Notting Hill. She’s just returned to London from filming the upcoming Christmas special Cinderella: After Ever After (starring David Walliams as Prince Charming) in Bulgaria and her distinctive voice, with its warm, crisp diction, is full of cheer.

A critic once called the acclaimed character actress, 67, the female equivalent of Bill Nighy, which is apt since she’s often the memorably irreverent, impish foil, and because they’ve worked together several times, including in the smash hit The Best Exotic Marigold Hotel. We could, in fact, be talking about any number of her roles, because Imrie’s career to date is an extensive and varied list of stage and screen credits, from the lovelorn Miss Babs in 1980s comedy series Acorn Antiques and later, the BBC sitcom Dinnerladies to guest turns on Ab Fab, Agatha Christie’s Poirot or Doctor Who, and movies like Calendar Girls and Nanny McPhee.

Before we get to any of those things, however, we’re talking about books because the celebrated, Olivier Award-winning actress is also a writer — and in her native Britain, a bestselling one.

After her 2011 autobiography The Happy Hoofer, it was suggested she try her hand at fiction and the result was Not Quite Nice, about a disparate group of older expats who live in a fictional town just outside Nice. The debut novel, a cozy caper peppered with local recipes, was swiftly followed by Nice Work (If You Can Get it) and now her third novel, A Nice Cup of Tea, which hits bookstores in early August and continues a running theme in the series of exploring the bigger picture of how older people — particularly women — are viewed and treated in society. But What I Really Want to Do Is … Write

As the story goes, Imrie was on holiday in Nice, France nearly a decade ago when she went out for a pastry but spontaneously bought an apartment instead.

“Seriously, it’s a good story and rare for me to do such a thing!”

She explains that someone once told her that if something or somewhere makes your heart sing, then to do it or buy it.

“And that is so true of Nice. It’s my paradise,” she sighs. It’s also where she writes. “As opposed to London or as opposed to being on location, because I really have to just be there,” she explains of the colourful markets and picturesque streets. “All sorts of little clues fall into place, or things strike me, so it’s much better to be in situ. And also, I’m sure you’ll agree, it’s the most heavenly place.”

Well before Marigold, Imrie was in its spiritual precursor, Calendar Girls, based on the true story of a women’s institute’s nude calendar fundraiser (she’s the one who needed ‘considerably bigger buns’ and poses strategically behind cherry Bakewell tarts).

“I do remember thinking, probably for the first time, thank goodness I am the age I am!” Imrie says of the stealth 2003 hit starring Helen Mirren and Julie Walters. “Had I been any younger it wouldn’t have worked. We had to be the same age that the original women were — that was the whole point of it. If you were photographing a twenty-year-old it’s lovely and easy but the fact that we were the age we were made it so much more touching — and brave, actually.”

Write What You Know

If the Nice setup sounds familiar, it’s because it’s autobiographical in more ways than one. Imrie’s most high profile role to date is arguably that of saucy Marge in The Best Exotic Marigold Hotel, about a motley group of British pensioners who outsource their retirement to more affordable India. The low-budget movie was an unexpected hit, spawned a sequel, and turned the spotlight on older moviegoers, an audience Hollywood often ignores. As the top-grossing specialty film of 2012, it also paved the road for projects like Grace & Frankie.

Today, Imrie tends to favour roles with nuance in the portrayal of older characters — especially if they go in for adventure, be it wild swimming at the Kenwood ladies pond and a dancing flashmob at Piccadilly Circus (as Imelda Staunton’s free-spirited sister Bif in Finding Your Feet last year) or a heist (The Love Punch with Timothy Spall).

India was a star character in Marigold, although it certainly offered unforgiving and unflattering lighting.

“After we’d seen the screening that’s what Penelope [Wilton] and Judy [Dench] and I said afterward to the director. ‘What were you doing? We all look about nine hundred and ninety!’ I remember it very, very well, and he just laughed,” she says. “But of course the harshness of the sun plays into it, because there we are — inescapably our age. And that’s the story.”

From Page to Screen and Back Again

A similar ensemble cast of seasoned eccentrics populate Imrie’s Nice novels, so the timing was fortuitous.

“Not Quite Nice and Marigold practically dovetailed, coming out around the same time, so one helped the other in terms of publicity,” she says.

With their crackling dialogue and fast-paced screwball comedy elements (for which Imrie credits the “Story Seminar” workshop she took with the legendary author and storytelling instructor Robert McKee), the Nice series also explores how society and culture treats older women. The very idea of sexagenarian Theresa selling her house and uprooting her life to France in the first novel, for example, supplies a ready range of reactions from greedy, ungrateful children and condescending strangers alike.

“I’ll be unpopular for saying this but what the heck: I have heard young people saying to their parents things like, ‘What do you mean, going on a cruise? I thought that was our inheritance?’ Truly, we wouldn’t have dreamt of saying such a thing to our mothers,” Imrie says.

A Matter of Survival

After two near-fatal pulmonary embolisms about fifteen years ago, Imrie avoids flying. The “marathon trip” back from Bulgaria took her three days on the train, and she is a regular on the Queen Mary 2. These alternatives to air travel helpfully provide fictional fodder —specifically for Sail Away, her 2018 stand-alone novel set on a cruise ship. “Not to dwell on it too much,” Imrie says of her necessary break from writing the series, “but the reason I went away from it was because of the Nice attack.”

In 2016, the actress was among the lucky who survived the infamous terror attack. It was the eve of her 64th birthday, and she was strolling with thousands of others along the Promenade des Anglais, celebrating Bastille Day, when a terrorist drove a truck into the crowd and left 86 people dead. Understandably shaken, Imrie shelved the next Nice book.

“I don’t know if you ever do come back from something so devastating.” She pauses and takes a breath. “But the thing is you have to go on with life, and I don’t mean that to sound harsh at all.”

Eventually, it was the grace and perseverance of her adopted city in the aftermath of that trauma that influenced her to pick up the series again. A Nice Cup of Tea is dedicated ‘To all my brave friends in Nice’ and the emotional and economic fallout from the attack is worked into the storyline as well.

“I love the place,” she adds, “and how people have gathered themselves together in a quite remarkably dignified way.”

In August, Imrie sails to America again to shoot her current role in Pamela Adlon’s critically-acclaimed black comedy Better Things in Los Angeles. She plays the wonderfully imperious and meddlesome mother Phil, a woman in slow physical and mental decline. “It’s been a joy from start to finish,” Imrie says of the sensitive treatment and insight into the conundrum of what to do about an aging parent. And like Suzy in Sail Away, she’ll work her passage to America on the Queen Mary 2 introducing several on-board screenings of her films throughout the voyage.

Never Say Never… Unless the Word is “Retirement”

“Now that is a word that I’m never going to employ because I can’t imagine it. Actresses never really retire. But that’s the truth. It’s always in your blood.”

In A Nice Cup of Tea, former actress Sally comes out of ‘retirement’ for a role because the film’s superstar lead was a childhood fan of hers. Has anything similar ever happened to her creator?

“Well, in the makeup room one day David Walliams did say he’d always had a crush on Miss Babs from Acorn Antiques. That was really adorable!”

Talking with Imrie, it’s clear her own sense of adventure and restless curiosity is sprinkled among the characters she writes. When she’s not acting or writing she can be found at the local L.A. or Nice branch of the Alliance Française, for example, working on her French.

“And I have been known to go to live drawing classes, and I did my Level Two boating certificate—which is what Sally does [in the novels].

“I say it because I mean it,” Imrie adds. “Life’s too short so let’s just have some fun. And as you get older I think that you hopefully care less about what people think of you. We have to make the most of every second that we’ve got left. That’s not to be dramatic, it’s just to be realistic.”

A Nice Cup of Tea is available in stores and online on Aug. 6.