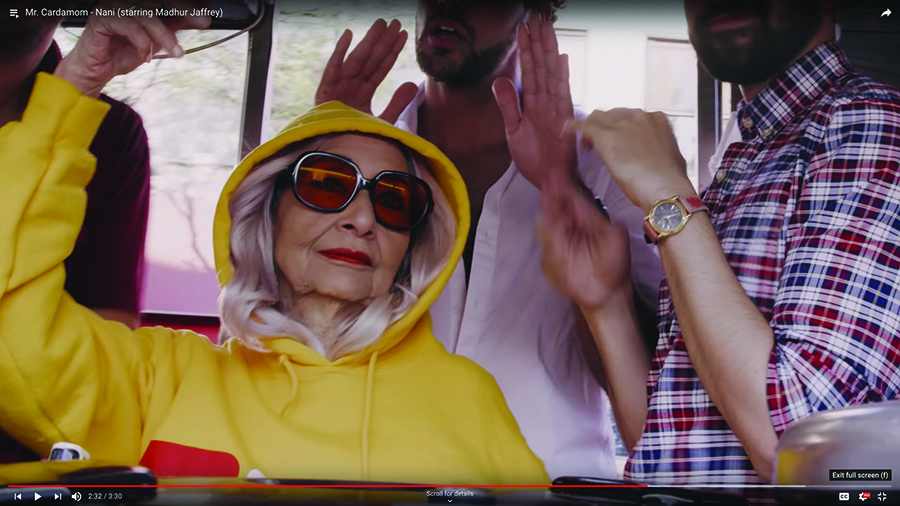 Does no one just go for a simple mall walk anymore? In New Brunswick, seniors all the way up to those in their 90s are taking up boxing to stay fit, active and to stave off age-related health problems.

And for those of us whose pole vaulting and boxing days are behind us … Greek researchers say napping could lower blood pressure as effectively as medication.

Research also shows that eating lots of garlic could keep age-related memory issues at bay Not to mention everyone within a five-foot breathing radius.

She’s the only MC who can roast you on the mic and then roast you a delicious chicken masala Famed Indian cookbook author and actress Madhur Jaffrey, 85, stars in a viral music video (above) called “Nani” (Indian for “grandmother”) by rapper Mr. Cardamom that includes the line, “I’m the best damn nani that you ever done seen.”

Swiss scientists studied how prolonged exposure to different genres of music affects the aging process of cheese The cheese exposed to Mozart and Led Zeppelin for six months had a milder taste and, we assume, will be renamed Mozartarella and Stairway to Havarti. Maybe if they’d blasted Mozart and Led Zeppelin he’d have made like the cheese and had a milder reaction Famed Canuck rocker and Guess Who alum Burton Cummings, 71, files complaints with police against a dance studio next to his Moose Jaw home for playing loud music, even reportedly once storming into a dance class.

“We expected he might age a little, but the body shrinkage, wrinkles and desire to binge-watch Matlock is a bit of a surprise” Study shows that the effects of spending nearly a year in space aged astronaut Scott Kelly, 55, faster than his twin brother, Mark Kelly, also an astronaut, who remained on Earth.