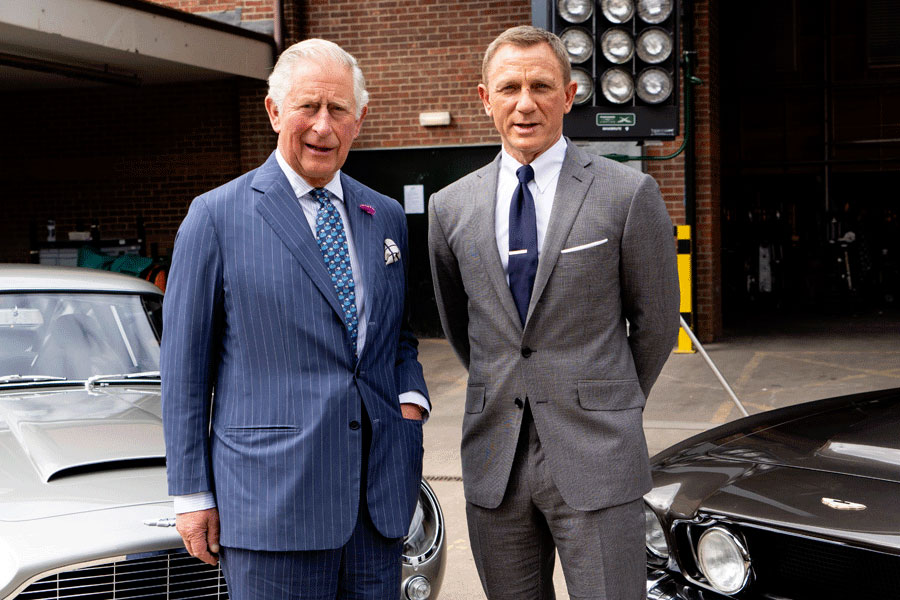 With the news that Prince Charles may make a cameo appearance in the new James Bond — James Bond 25, for now — we’re left wondering: what role would he play?

Indeed, His Royal Highness has been invited to lower himself into a spy movie.

But then, Mummy did it, so it’s obviously allowed.

Her Majesty the Queen set the precedent when she literally lowered herself from a helicopter with James Bond himself, for that memorable and fabulous opening of the 2012 Olympics in London.

Okay, it was a stunt double who actually played the Queen ejecting from the helicopter but it was the real one who accompanied a tuxedoed and typically taciturn Daniel Craig through the corridors of Buckingham Palace.

The Queen, of course, was playing herself.

So if Prince Charles wanted to play it safe, which is his wont, then he might play himself knighting James Bond who, after all these years of service to Queen and country, certainly deserves a knighthood.

But we hope Charles is up for more fun than that.

Perhaps, since he was so fascinated with the Bond cars when he visited the movie set recently and is reportedly a huge Aston-Martin fan, he could play a car mechanic repairing the DB5.

We doubt that he could pull off the role of a suave and dashing secret agent sidekick to Bond. Suave he could probably get away with, primarily because of the haberdashery, but dashing? Nah.

Although he does have a way with the women. Remember that infamous tampon reference in a love letter to Camilla during their affair?

A villain! Why not!

Many villains in movies are filthy rich aristocratic English men who want to rule. Certainly that describes Charles.

Or maybe something gentler would do. Imagine Bond leaping out of a helicopter and landing in a field tended by Charles playing an organic farmer, which may well be what he’d rather be doing in real life instead of ruling.

Why not replace all of Bond world with the royal family?

Her Majesty, of course, would be head of MI16, the Secret Service, ably taking over the role inhabited for so long by Judi Dench — an appropriate twist since Dench has played royalty so often.

And Camilla has already been cast as the villain, ever since Princess Di referred to her as “the rottweiler” who ruined her marriage.

Actually, we have a choice of villains.

Prince Andrew’s name keeps coming up as a partying pal of nefarious sex trafficker Jeffrey Epstein and there’s a photo of a smiling Andrew and the girl who has accused him of having sex with her when she was underage.

The only question is who should play Bond?

Would you go with Prince Harry or Prince William? My choice of the two is William, whom I could imagine being ruthless and getting the job done.

Harry seems to be too cuddly and easy going to be a real Bond — unless he’s protecting Meghan when he can out-Bond Bond.

But the best choice for the iconic secret agent would not be one of the young princes. I vote for Princess Anne, whose steeliness and tight-lipped demeanour perfectly matches that of Craig’s James Bond.

So where does Prince Charles fit into this scenario?

Well, he has piloted planes in the past and there’s always a place for a pilot in a James Bond movie.

Ah, no, he gave up piloting royal flights after he crashed a Queen’s Flight passenger jet in 1995 causing millions of dollars of damage.

Let’s leave him out of it altogether to babysit the grandkids.