Toni Morrison: Her Cultural Legacy, in Her Own Words 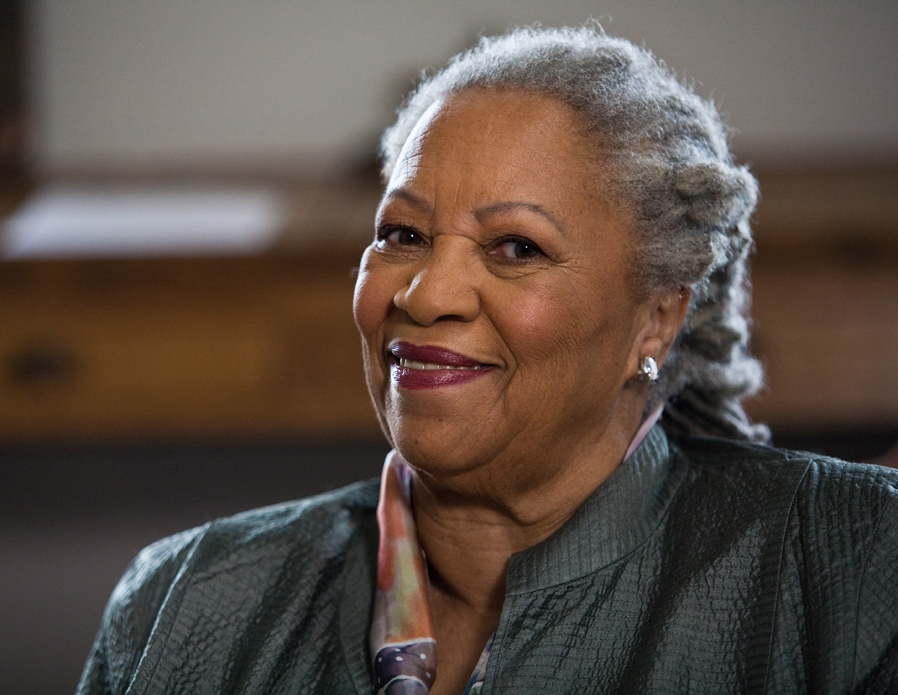 The Nobel Prize and Pulitzer Prize-winner Toni Morrison, who died at the age of 88 on Monday, was a public intellectual who lived a life of letters. She leaves behind a remarkable cultural and historical legacy. We put Morrison’s cultural impact into perspective, in her own words.

This is how Morrison closed her spectacular Nobel address, a manifesto about the power of language to oppress as well as to liberate. Over the course of her wildly popular television book club, Oprah Winfrey featured Morrison’s novels a record four times, and later produced and starred in Jonathan Demme’s adaptation of Beloved. “It’s impossible to actually imagine the American literary landscape without a Toni Morrison,” Winfrey said in her speech at a gala honouring Morrison last year. “She is our conscience, she is our seer, she is our truth-teller.” The author spoke truth to power on and off the page.

“You can’t understand how powerfully racist that question is, can you?”

Morrison delivers this withering, and truly eviscerating response in the archival clip of an interview with Australian journalist Jana Wendt that went viral on her birthday in February. The question was about when she might turn to writing books that would incorporate white lives into them more “substantially.” Over the years, veteran journalists like Bill Moyers (and later, Charlie Rose) have posed a similar question and shown just how the internalized, institutional legacy of racism, subjugation and slavery is never far off, even for the seemingly enlightened. “In this country, American means white. Everybody else has to hyphenate,” Morrison said.

That clip was circulated with praise by fans, activists, and celebrated cultural creators (like Ava DuVernay) for how coolly, deftly and succinctly Morrison spoke truth to power. She shrugged off the expectations of the white gaze and she reframed the question for what it really is: the suggestion that white stories are the truly important ones. Rebuttals to fundamentally the same question from The Paris Review to NPR’s Terry Gross have invoked Tolstoy, Zola and Joyce — who write about race — reaffirmed that her work is unapologetically black and plainly laid bare the racist root of the question, rightly challenging who gets to say where the “centre” is.

“If you can only be tall because somebody’s on their knees, you have a serious problem.”

Accepting the National Book Critics Circle’s award for lifetime achievement in 2015, Morrison remembered a time not long ago when “books by black writers were given their own shelves in bookstores, just like women’s books and detective stories,” as though race were a genre. “The same separation existed in the criticism.”

A similarly pointed rejoinder came after her bestselling 1987 novel Beloved initially failed to win any prestigious awards, and peers mobilized on her behalf. The high-profile protest calling out industry racism came in the form of an open letter of tribute in the New York Times, signed by Amiri Baraka, Maya Angelou and 46 other black writers and critics. The group deplored the fact that, like James Baldwin before her, Morrison had not yet received deserved national recognition and not won either the prestigious National Book Award or Pulitzer Prize. “We grieve,” their statement said, ”because we cannot yet assure that such shame, such national neglect, will not occur again, and then, again.” Beloved would go on to win the Pulitzer Prize.

“Navigating a white male world was not threatening, it wasn’t even interesting. I was more interesting than they were. I knew more than they did. And I wasn’t afraid to show it.”

In recent years think pieces have explored how Morrison’s blackness made her genius harder for some to take and praised her for being imperious, combative and inconvenient where previous generations might have been compliant and assimilated their blackness. In Toni Morrison: The Pieces I Am, a new documentary about her life and work, filmmaker and longtime friend Timothy Greenfield-Sanders explores how she became a pivotal figure in the culture, especially for putting out books in the white male industry of publishing, with what he admiringly calls a certain fearlessness.

“The function of freedom is to free someone else.”

As the writer of canonical novels, Morrison’s own monumental work has often overshadowed the cultural impact of her time behind the scenes as an editor (including on the celebrated autobiography of Muhammad Ali). Beginning as an editor at Random House textbooks in 1965, Morrison soon became the fiction department’s first black female senior editor. For nearly twenty years, she fostered a generation of black writers and reshaped the literary establishment. As Hilton Alts details in his 2003 “Ghosts in the House” New Yorker profile, Morrison was the black editor, championing titles, in hindsight, that shaped the continuing conversation around Civil Rights and the 1970s with authors like Tony Cade, Lucille Clifton, James Haskins, Henry Dumas, Angela Davis, and Gayl Jones and voices that might otherwise not have been heard. Another enduring example of her editorial fingerprint is The Black Book, the landmark, raw and category-defying scrapbook of the African-American experience that became an instant bestseller and has, since its 1974 publication, seen multiple printings and educated generations with its mix of diverse visual and transcript materials. Much like her own writing, The Black Book is an unflinching document that juxtaposes the ugly and the beautiful of humanity and the black experience with reprint ads, slave auction notices, freedom song sheet music, reportage and photographs. As one reviewer called it “oversized, rambling, ambitious, and stubbornly brilliant.”

“This is precisely the time when artists go to work. There is no time for despair, no place for self-pity, no need for silence, no room for fear. We speak, we write, we do language. That is how civilizations heal.”

This comes from Morrison’s contribution to The Nation’s 150th anniversary edition. It’s a personal essay about her own despondent response that details how she felt in the aftermath of George W. Bush’s 2004 re-election. Both as encouragement and call to action for times of social crisis when people — and artists in particular — must gird themselves into disruption and resistance. Her message about power, hope and freedom is perennial but arguably speaks (with some urgency) to the current American political moment. The same passage, for example, was quoted by Jennifer Lopez at the Grammy Awards in 2017, in the wake of Donald Trump’s presidential inauguration.