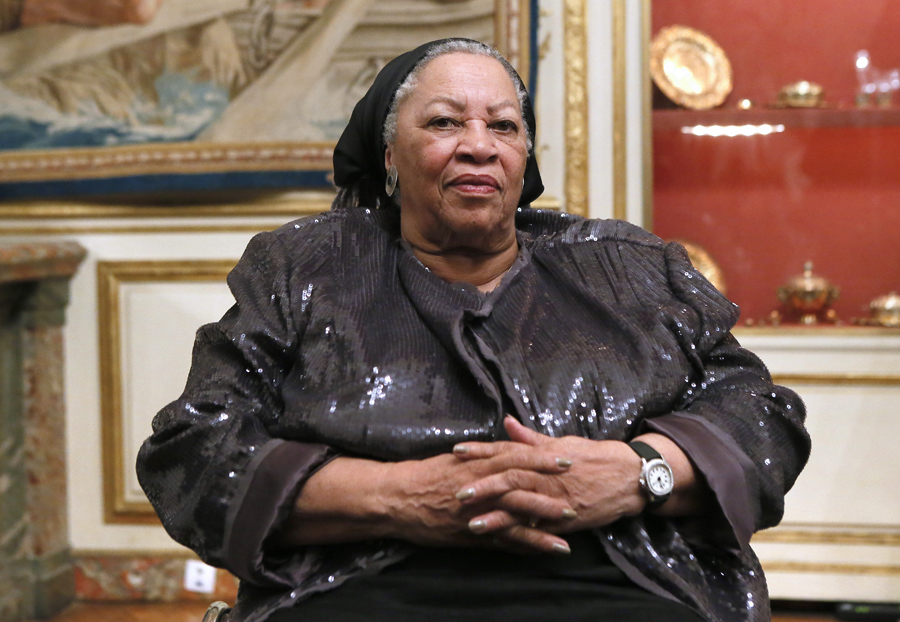 Author Toni Morrison, whose celebrated novels explored the triumphs and tragedies of the African-American experience, passed away at age 88 on Monday night, according to her publisher, Knopf, following a short illness. Her loved ones were by her side.

Morrison, whose most popular works include the novels Beloved and Song of Solomon, became the first black woman to ever win a Nobel Prize when she was awarded the honour for Literature in 1993, and also counted a Pulitzer Prize and the Presidential Medal of Freedom among her many accolades.

In winning the Nobel Prize, Morrison was described by the award jury as an author “who in novels characterized by visionary force and poetic import, gives life to an essential aspect of American reality” while Elizabeth Beaulieu, an educator and editor of The Toni Morrison Encyclopedia called the author “an African American woman giving voice to essentially silent stories … She is writing the African American story for American history” in an interview with The Washington Post.

The author of 11 novels and two plays, as well as multiple works of non-fiction, children’s literature and even a libretto, Morrison famously refused to put her own life story on paper in the form of an autobiography/biography. Still, she most recently appeared the 2019 documentary The Pieces I Am, about her life, which included notable personalities ranging from Oprah Winfrey — who introduced Morrison’s work to new generations of readers through her Book Club and brought the author’s novel Beloved to the big screen — to activist Angela Davis, which premiered at the Sundance Film Festival earlier this year.

Morrison herself stated, in her Nobel Prize acceptance speech in 1993, that, “We die. That may be the meaning of life. But we do language. That may be the measure of our lives.” If that’s the case, it’s clear from the tributes pouring in following the news of her passing that the impact of the author’s writings measured farther than perhaps even she realized.

RELATED: Toni Morrison: Her Cultural Legacy, In Her Own Words

Former U.S. President Barack Obama took to Twitter to share a photo of himself and Morrison after he awarded her the Presidential Medal of Freedom in 2012, writing “Toni Morrison was a national treasure, as good a storyteller, as captivating, in person as she was on the page. Her writing was a beautiful, meaningful challenge to our conscience and our moral imagination. What a gift to breathe the same air as her, if only for a while.” As well, TV writer and producer Shonda Rhimes tweeted, “She made me understand ‘writer’ was a fine profession. I grew up wanting to be only her. Dinner with her was a night I will never forget. Rest, Queen.” As well, Oprah shared a tribute on Instagram and Twitter, accompanied by a photo of her and Morrison from the first time the author appeared on her talk show: “In the beginning there was the word. Toni Morrison took the word and turned it into a song…of Solomon, of Sula, Beloved, Mercy, Paradise Love, and more. She was our conscience, our seer, our truth-teller. She was a magician with language who understood the power of words. She used them to roil us, to wake us, to educate us and help us grapple with our deepest wounds and try to comprehend them.” Later in the day, another former U.S. President, Bill Clinton, also tweeted a tribute to Morrison, calling her, “a world-class human being. Her words stirred our souls & challenged our consciences to confront injustice, large or small, wherever it exists. How blessed we are that she gave us her gifts. Hillary and I are grateful for her life and the kindness she showed us.”

Of course, in the 1990s Morrison defended Clinton in the wake of various scandals, including those that let to his impeachment, and helped raise his profile within the African-American community, going so far as to declare in a 1998 New Yorker article that, “white skin notwithstanding, this is our first black President. Blacker than any actual black person who could ever be elected in our children’s lifetime. After all, Clinton displays almost every trope of blackness: single-parent household, born poor, working-class, saxophone-playing, McDonald’s-and-junk-food-loving boy from Arkansas.” Read on for more tributes to Toni Morrison.