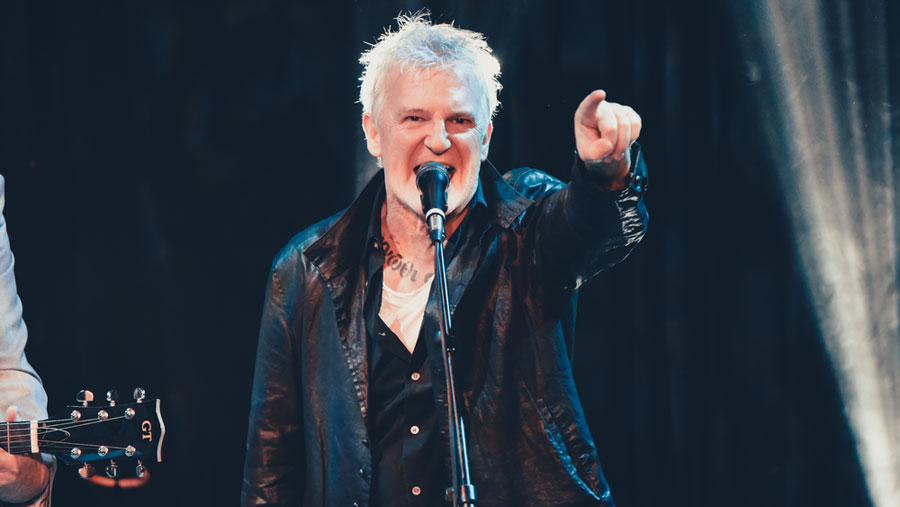 Jean Savage certainly didn’t mind missing bingo when she was surprised by her favourite rock, band Glass Tiger at her retirement home on Friday.

Savage, 95, had been a fan of the band for 30 years, ever since her grandson introduced her to them in the late 1980s.

Savage, who had never seen the band live in concert, was on her way to play a game of bingo at Pleasant View Lodge in Mayerthorpe, about 130 kilometres northwest of Edmonton when she was brought downstairs by staff who told her they had a surprise for her.

“I thought the surprise was my great-granddaughter coming to visit me. And Lord love me, they opened the doors and in walked Alan. I flipped out,” she told CBC News. “Definitely better than a game of bingo.”

A video posted on social media shows the 95-year-old clapping along in awe as lead singer Alan Frew serenades her with the band’s hit song “Someday.”

The band stopped in to see Savage on their way to Whitecourt, AB where they were scheduled to perform at Eagle River Casino Friday evening.

Frew says that the original plan was to pop in for a visit, but that they were so inspired by her longtime love of their music that they ended up performing an impromptu concert.

“It turned into an impromptu moment that I hope just lives in her heart forever because I know it will live in mine,” Frew told CBC News Saturday. “This tops it all. I don’t think I’ve serenaded a true Glass Tiger fan who is 95 years of age.”

Savage was equally as thrilled.

“You have no idea unless you’re there yourself,” she told CBC Saturday. “It was just so marvellous. Outstanding.”

One of the staff members helped arrange the visit after hearing Savage listening to Glass Tiger in her room a few weeks ago, Savage explained to CBC News, adding that she listens to the band daily and holds a special place in her heart for their single, “Don’t Forget Me (When I’m Gone).”

Fellow fan Denice Harrison, who captured the private concert on video, says he was just as surprised as Savage when the group started singing.

“It sounded just so good,” she said. “We were all a little awestruck.”

As for any future visits from the band, Frew says they plan on keeping in touch with their oldest fan.

“My plan is to serenade her on her 100th birthday provided that I am still alive,” he told CBC News.

In the meantime, the band’s impact on Savage won’t be fading anytime soon. When CBC caught up with her a few days later, she said she was still jittery and had been playing their music on repeat.

“You know after listening to the music all those years, and meeting them face-to-face, you have no idea,” she told CBC. “They’re just so wonderful.”