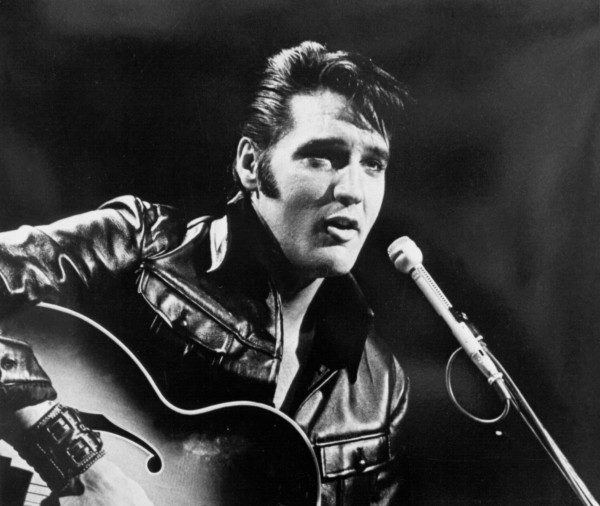 Touring Graceland is always surreal. But after my visit five years ago, amid the garish shag carpeting, the three TVs that allowed Elvis Presley to watch all the networks at once, and the hallowed grave of the King of Rock and Roll, one image stuck with me more than the rest: little Lisa Marie’s play set, which sits next to the indoor shooting range where Elvis and his “Memphis Mafia” would let off steam. And the slide had what looked like high-calibre bullet-hole in it.

I’ve thought often about what that said about the craziness and self-destruction of Elvis Presley’s final years. And when I read of the recent 50th anniversary of his triumphant Las Vegas career resurrection at the International Hotel, dots seemed to connect.

On July 31, 1969, Elvis, his powers still intact, performed a ferocious 75-minute comeback set in front of a crowd of critics, VIPs and adoring fans enterprising enough to score a ticket to the historic show. It was so successful, the casino signed Elvis to a five-year deal on the spot.

That run — celebrated in a new Sony 11 CD boxed set, Live 1969 — brought a big rock-concert sensibility to Vegas, the city Elvis loved (the scene of his marriage, his movie Viva Las Vegas and a 1956 booking where he was unappreciated by the Rat Pack-era sophisticates and derided in Newsweek as being, “like a jug of corn liquor at a champagne party.”)

In his book, Elvis in Vegas: How the King Reinvented the Las Vegas Show, author Richard Zoglin posits that the Vegas of Celine Dion, Elton John and Lady Gaga would not exist today but for Elvis signing on as its patron saint. Touring occasionally, he would become a fixture in the desert mecca until his death on Aug. 16, 1977.

Given the boredom, dissolution, weight gain and drug addiction that marked the King’s final years, I wonder if Vegas can be said to have returned his gift in kind. They were years of easy money, low performance expectations marked by cheesy jumpsuits and martial arts moves, and an entourage of enablers. The most infamous would be Dr. George Nichopoulos — a.k.a. Dr. Nick — who frequently prescribed Dilaudid, Quaalude, Dexedrine, Amytal and Percodan. Nichopolous even served as a pallbearer at Elvis’ Memphis funeral; he was later indicted for reckless prescriptions to Elvis and eight others, including Jerry Lee Lewis. He was acquitted.

In the mid-‘80s, Toronto’s City-TV put together a celebrity hangers-on special with guests that included, among others, Sonny West, the Memphis Mafia member who’d been Elvis’s bodyguard since 1958 before being fired in 1976, along with his cousin Red West and David Hebler.

The firing was a “cost-cutting move” according to Elvis’s dad, Vernon Presley, but the three maintained it was because they’d become vocal critics of Elvis’s overuse of drugs and were deemed “disloyal.” Shortly after their firing, they collaborated on the book Elvis: What Happened?, which detailed what they’d seen.

Though they received a firestorm of criticism from Elvis fans, his eventual death basically vindicated their story.

I got a chance to talk to Sonny in the City-TV green room and found his anger over the pernicious influences around his former boss remained years later.

Moreover, he felt the enablers and deniers continued to polish his ex-boss’s reputation after his death. He was particularly irked over a book I’d recently reviewed called Elvis: Why Won’t They Leave You Alone? by a Hollywood columnist and ostensible “friend of Elvis” named May Mann, who maintained Presley’s death was an accidental mix of legitimately prescribed medicines.

“Bless her heart, but May Mann didn’t really know Elvis,” West said. “She wrote what she wanted to believe. She felt her job was to defend his legacy regardless of the truth.”

Considering Dr. Nick’s prescription treatment all these years later is eerie, given how the attitude to opioids and narcotics has evolved to the point where it’s recognized as a national emergency. In Elvis’s day, there was only blame and ridicule.

As well, it’s discouraging that the latter day “Vegas Elvis” remains as strong an image to some as “Jailhouse Rock” Elvis. I was on a family cottage outing on the day Elvis died, and a nephew, who is now 50, recalls that, at the time, he didn’t know the King as anything other than an overweight former star who would forget lyrics onstage.

The English journalist and former editor of British GQ, Dylan Jones wrote a 2014 book called Elvis Has Left the Building in which he opined, “Vegas Elvis was already Dead Elvis.”

Had he belonged to an era of different sensibilities, he might have received help instead of being led to the edge. “What if,” may be a pointless exercise, but in the case of the King, it’s all but irresistible.

The Secret to Elvis’ Pristine Pompadour & 79 Other Hip-Swivelling Facts