“Blinded by the Light” and Coming of Age with Bruce Springsteen 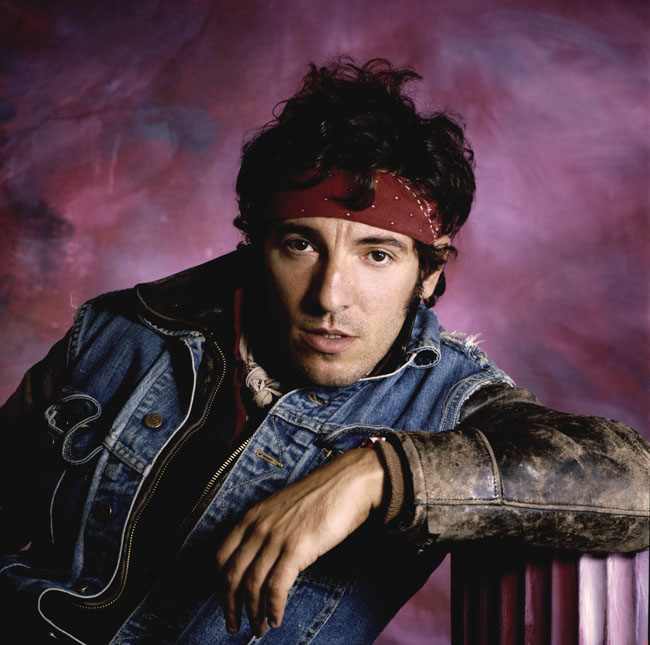 Watching the new film Blinded by the Light, about how the music of Bruce Springsteen impacts one teenager’s life, one of my first reactions was embarrassment.

Not for the movie, mind you.

Set in Luton, England — a large town outside of London — in the mid-1980s, Blinded by the Light tells the story of British-Pakistani teenager Javed, a sensitive student studying for his A-levels with dreams of being a writer. It’s the time of the National Front and Margaret Thatcher, economic collapse and outspoken racism, and Javed is pressured by his father to make something of himself, to abandon his silly writing. When Javed is introduced to the music of Bruce Springsteen, it changes everything: the teenager feels more in common with the American singer than with his family and begins to see the world in terms of possibility, rather than cultural destiny. Based on the memoir Greetings from Bury Park: Race, Religion and Rock N’Roll by journalist Sarfraz Manzoor (who also worked on the script), and co-written and directed by Gurinder Chadha — perhaps best known for Bend it Like Beckham — Blinded by the Light is a fine film (though not a great one). There are problems with the pacing and focus and a few slips into cliché that should have been avoided, but nothing embarrassing there.

No, my source of muted shame was rooted in something the movie got so right it actually hurt. Javed’s exposure to Springsteen’s music, and the way he took to it, will resonate with any devoted Springsteen fan, regardless of race, creed, or culture. His original story is an almost universal one in the Springsteen community, differing in its particulars but true at its core.

It certainly mirrored my own. And I felt embarrassed for Javed, and for teenage me.

Discovering the Music of Springsteen

On the surface, I had some things in common with Javed (and his inspiration, Sarfraz Manzoor): we were both about the same age in the 1980s, surrounded by the same synth-heavy, acid-washed pop culture. We both dreamed of becoming writers, and carried notebooks around in which to record our lives and source material for our poems (yes, I wrote poetry as a teenager; no, I don’t want to talk about it). And, like Sarfraz, I even wrote a book about coming of age with the music of Bruce Springsteen.

Unlike Javed/Sarfraz, though, I grew up in a tiny town, the main industries of which were corn and prisons. My parents were divorced, and I lived with my mother and two brothers. Javed/Sarfraz wrote lyrics for his friend’s synth band, I was a heavy metal fan, drawn by the sheer power of the music and the identity it gave me.

And then Bruce Springsteen hit me.

Unlike Javed/Sarfraz, I wasn’t slipped a couple of cassettes by a classmate. Rather, I was swept up in the mania around Born in the USA in 1984. It wasn’t my first exposure to Springsteen, but it was the one that stuck.

From there, I devoured the other albums, studying the lyrics like they were a religious text (which for me, of course, they were). From the fevered operatic epics on The Wild, The Innocent and the E Street Shuffle to the dreams of escape on Born To Run, from the caged existentialism of Darkness on the Edge of Town to the folk noir desperation of Nebraska, I was all in.

Unlike other music, though, Springsteen’s wasn’t just about enjoying, but internalizing. I lived within those songs; they became not only a soundtrack to my life but an explanatory subtext. I understood my world through the music of Bruce Springsteen.

And that’s what was embarrassing about Blinded by the Light — watching Javed live exactly as I had lived, lyrics swirling constantly in his head; momentous occasions, including a first kiss with the girl he’s had a crush on, understood through the lens of Springsteen’s words; shout-singing passages back-and-forth with a Bruce-loving friend that made me wince in recognition, and shuffle down in my theatre seat.

That can’t have been me, right? I couldn’t possibly have been so stupid. So naive. So … innocent.

Then something happened: I realized I wasn’t really embarrassed.

The Music of Our Youth

One of my favourite scenes in Blinded by the Light comes when Javed accompanies his sister to a “daytimer,” a dance club that takes place during the school day so British Asian teens can dodge their early curfews and dance when their parents think they’re at school. At first, Javed is resistant, putting on his headphones to listen to Springsteen rather than the bhangra music that has hundreds of his peers dancing. After a moment, though, seeing the joy and abandon they experience, he turns off the Springsteen and joins in.

Who did you love when you were fifteen or sixteen? I know a woman who used to be a Deadhead, following the Grateful Dead around for weeks at a time, having fallen in love not just with their music but with their community, the way of life they stood for.

When I was in high school, two girls ran away from home to follow the Duran Duran tour down the west coast.

When we’re that age, we love heedlessly, we love violently, we love with a passion that many of us only feel echoes of as we get older. And being reminded of that by Blinded by the Light was not an easy thing.

I walked out of the theatre, into a bright, Friday summer afternoon, wondering if it was too late.

I mean, you can’t grow young again; that’s not how it works. And you can’t capture the same lightning in a bottle a second time.

One of the things that tends to happen when we get older is we get a bit resistant to the new, we become hide-bound, prisoners of our own comforts.

But we don’t have to be.

Our hearts are still there, waiting to be filled, whether by a tight guitar lick, a sharp melody, a perfectly-tuned lyric.

We can keep our ears open. We can be open to surprise.

Robert Wiersema is the author of Walk Like A Man: Coming of Age with the Music of Bruce Springsteen, along with Before I Wake and several other works of fiction. He lives in Victoria, BC.

My Brush with Bruce Springsteen